In 1965, 25-year-old Mary Shotwell Little worked as a secretary at the Citizens & Southern Bank in Atlanta, Georgia, and had recently married her husband, Roy Little. On October 14, she suddenly disappeared just six weeks after her wedding, leaving behind a trail of intriguing hints and bone chilling clues. Today, the disappearance of Mary Shotwell Little has remained one of history’s creepiest crime mysteries that still to be solved. 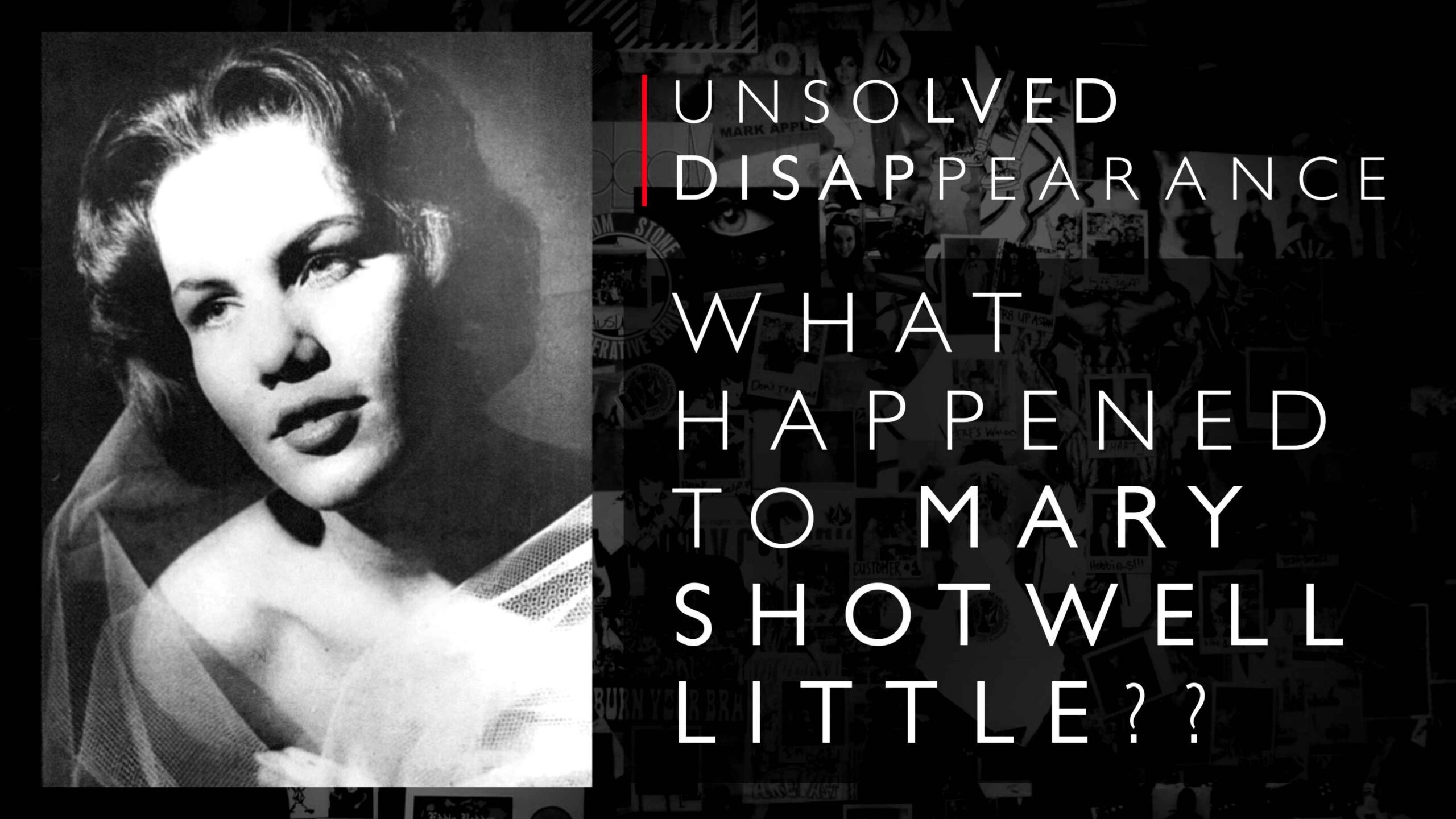 Contents -
The Disappearance Of Mary Shotwell Little
Strange Clues To Mary’s Disappearance
Anonymous On The Other Side
Was Mary’s Workplace Involved In Her Disappearance In Any Way?
A Person Of Interest
Claims Of An Inmate At Georgia State Prison
Another Case Could Be Another Clue!

The Disappearance Of Mary Shotwell Little

On October 14, 1965, while her husband Roy was out of town, Mary had dinner with a co-worker at the Piccadilly Cafeteria in the Lenox Square Shopping Center, then she went shopping for a few hours, bid her friend goodnight around 8:00 PM, and went to her parked car, a gray 1965 Mercury Comet.

When Mary did not show up for work the following morning and could not be reached at home, her boss, Gene Rackley, phoned the Lenox Square Shopping Center to ask if her Mercury Comet was parked there, but they said they could not find it.

At around noon, Rackley travelled to the shopping center himself and found the Mercury Comet in the parking lot, so he reported the police. Now, there would be a lot of strange details surrounding Mary’s disappearance.

Women’s underwear, a slip and a girdle were neatly folded inside the Comet. A bra was lying on the floorboard alongside a stocking which had been cut by a knife. Mary’s car keys, purse and the rest of her clothing were nowhere to be found.

There were traces of blood on the undergarments and throughout the vehicle ― the windows, the windshield, the seats, along with an unidentified fingerprint in the blood on the steering wheel. However, the amount of blood was small enough to suggest it had come from something as minor as a nosebleed. The license plate had been switched with another stolen vehicle.

❱❱  Kodinhi – The Unsolved Mystery Of The Twin Town Of India

Roy Little kept detailed mileage logs for the Comet and after comparing them with the odometer, investigators estimated there were 41 miles which could not be accounted for. No witnesses remembered seeing the vehicle parked at Lenox Square overnight, including a cop who patrolled the parking lot at 6:00 AM the next morning.

Investigators found that Mary’s gasoline card was used twice in North Carolina on October 15. The first usage occurred in the early morning hours in Charlotte ― which happened to be Mary’s original hometown ― and the second occurred 12 hours later in Raleigh. The credit slips were signed “Mrs. Roy H. Little Jr” in what appeared to be Mary’s handwriting.

Strangely, even though these sightings took place 12 hours apart, the drive from Charlotte to Raleigh takes less than three hours. Now, investigators looked at Mary’s husband, Roy Little, who did not seem overly concerned about his wife’s disappearance and refused to take a lie detector test.

Some of Mary’s friends disliked Roy and refused to attend their wedding, but Mary always gave off the impression she was happy with her marriage. Roy had a strong alibi since he was outside of Atlanta on the night of Mary’s disappearance and since he also had no logical motive, he was ruled out as a suspect.

❱❱  Here's How Jean Hilliard Froze Solid And Thawed Back To Life!

Anonymous On The Other Side

Shortly thereafter, Roy received an anonymous ransom call demanding a $20,000 for Mary’s return. The caller told Roy to go to an overpass in the Pisgah National Forest in North Carolina, where further instructions would be posted on a sign. An FBI agent went in Roy’s place and found a blank piece of paper attached to this sign. The caller was never heard from again.

According to some of Mary’s friends, in the weeks leading up to her disappearance, she was receiving phone calls at her workplace which left her visibly shaken. On one occasion, Mary was overheard telling a caller: “I’m a married woman now. You can come over to my house any time you like, but I can’t come over there.” Mary also received a dozen roses at her apartment from an anonymous secret admirer, but never told her husband about this.

Was Mary’s Workplace Involved In Her Disappearance In Any Way?

In addition, the Citizens & Southern Bank had recently hired a former FBI agent to investigate possible issues with lesbian sexual harassment and prostitution taking place on the bank’s property. Mary’s boss, Gene Rackley, insisted this was nothing more than a minor scandal involving low-level workers and that she never knew about it, but others claimed Mary had mentioned the investigation to them.

In spite of these issues, Mary’s co-worker claimed she appeared to be in good spirits when they had dinner together on the night she went missing.

A Person Of Interest

A few days after Mary’s disappearance, a woman came forward and reported that she had been accosted by a man with a brown crew cut in the Lenox Square parking lot on the evening of October 14. This man knocked on her vehicle window to tell her the back tire was low, which turned out to be false. The incident occurred only a few minutes before Mary was last seen walking towards her car.

❱❱  Okiku – Hair Kept Growing Out Of This Haunted Doll!

Claims Of An Inmate At Georgia State Prison

In 1966, the FBI interviewed an inmate at Georgia State Prison serving a life sentence for murder, who claimed he knew two men who were paid $5,000 each to kidnap Mary. They took him to a house in Mount Holly, North Carolina where Mary was being held captive and she was subsequently murdered.

The inmate claimed to have no idea who hired these two men or what the motive was. The FBI discounted this man’s story and did not find it credible, but cold case investigators have revisited it in recent years.

Another Case Could Be Another Clue!

In a creepy coincidence or destiny, the woman who took over Mary’s job at the bank also ended up becoming the victim of an unsolved murder! On May 19, 1967, 22-year-old Diane Shields, who had recently left the bank and was working another job, left her workplace, but was found dead in the trunk of her vehicle several hours later.

Diane had been suffocated when a scarf and a piece of paper from a phone book were shoved down her throat. Diane was not sexually assaulted and nothing was stolen from her, including her diamond engagement ring, so the motive for the murder was unknown.

According to Diane’s best friend, Diane had told her she was secretly working undercover with the police to help them solve the disappearance of a woman named “Mary”, but no official police record was ever found to corroborate this.