Leap Castle is widely considered to be the most haunted building in Ireland. Situated near the Slieve Bloom Mountains in County Offaly, the 15th-century stronghold has a longstanding reputation for otherworldly activity. 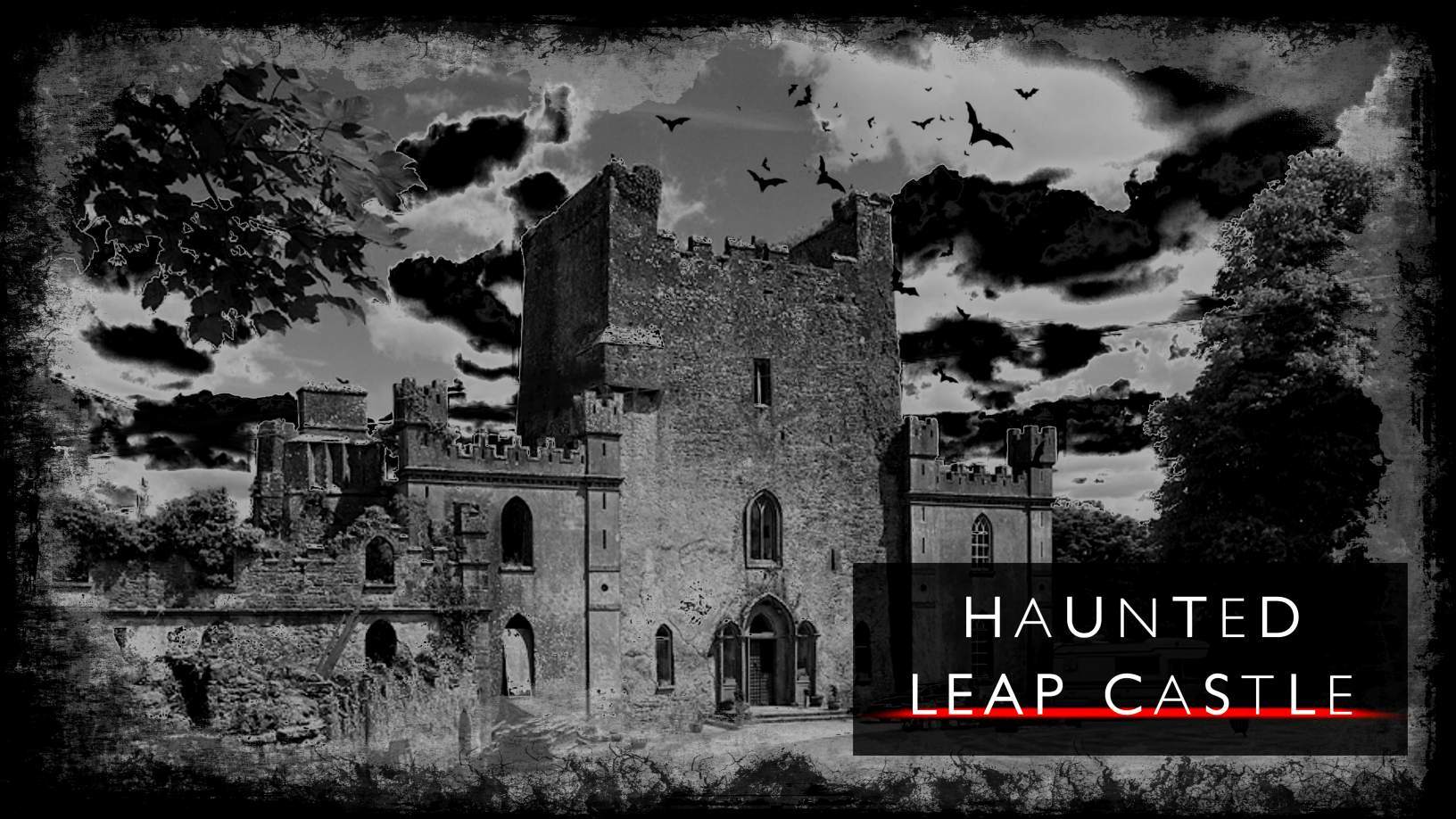 Contents ▴
I. Hauntings Of The Leap Castle
II. The Dark Past Of Leap Castle: The Bloody Chapel & The Oubliette
III. It

Hauntings Of The Leap Castle

The many ghosts which are said to haunt Leap Castle have terrorized both residents and visitors alike. They include the tragic spirits of two little girls, one of which is thought to have had a fatal fall from the castle battlements back in the early 1600s. A ghostly woman, believed to have been the ghost girls’ governess, has also been sighted.

Other unearthly inhabitants at the medieval fortress are a phantom monk, a mysterious elderly man and woman, and a terrifying ‘red lady’ who has suddenly awoken certain guests late at night. Swathed in red, her presence is apparently accompanied by an icy chill which envelops the hearts of those who witness her.

The Dark Past Of Leap Castle: The Bloody Chapel & The Oubliette

Leap Castle was once the seat of the fearsome O’Carroll clan and has a long and grisly history. In 1532, Teige O’Carroll, the Prince of Éile, murdered his own brother while the latter was administering Mass in the castle chapel, which subsequently came to be known as the ‘Bloody Chapel’.

Another occasion relates how the people of a rival clan were massacred when they were invited to the castle on the pretence of attending a banquet with the O’Carrolls. Just off from the chapel is an oubliette or hidden dungeon. Anyone unfortunate enough to be thrown into this terrible dungeon was left to rot by the merciless O’Carrolls. Several cartloads of human remains were removed from the dungeon in 1922.

The castle came into possession of the Darby family after Jonathan Darby married an O’Carroll princess in 1659. Nicknamed the Wild Captain, Jonathan Darby was a tempestuous character who enjoyed a far-reaching reputation for violence and debauchery. Tradition relates how he had also amassed a considerable amount of gold which he stashed away in a secret chamber at Leap.

Sometime later Jonathan Darby was wrongfully imprisoned in a Dublin jail on a charge of conspiring against King Charles II. Released many years later Darby returned to Leap, however, his long term incarceration had driven him half-mad and he could never remember where he’d hidden his treasure. It is said that the Wild Captain’s spirit still searches for his lost gold even to this day.

One of the most well-known ghosts at Leap is simply known as ‘It’. This manifestation is thought to be an ‘elemental’, a primitive non-human entity as opposed to the ghost of a specific person. Some researchers believe the elemental to have come about as a result of the many evil acts committed at the castle over the centuries.

Mildred Darby lived at Leap Castle in the early 1900s. She had a fascination with the black arts and regularly dabbled in the occult. One day she was standing on the upper floor gallery, overlooking the main hall when she suddenly felt something tap her shoulder. Turning around, she was greeted with a horrendous sight.

A truly hideous being, the ghastly elemental, of which she described in a 1909 issue of The Occult Review as being about the size of a sheep with a human face. The horrible entity was accompanied with a frightful smell resembling that of a decomposing corpse.

The Darbys fled Leap Castle around the time of the Irish War of Independence and much of it subsequently fell into ruins. Although apparently deserted for many years, people passing the castle late at night frequently reported seeing an eerie glow emanating from the window of the Bloody Chapel.

The riddle of the Sphinx: An unsolved ancient mystery

The British Pet Massacre of 1939: The disturbing truth of the pet holocaust