When did you eat your last meal? Two hours ago? Or probably 3 hours ago? There was a man named Prahlad Jani in India who claimed he didn’t remember the last meal he took because it was so long. 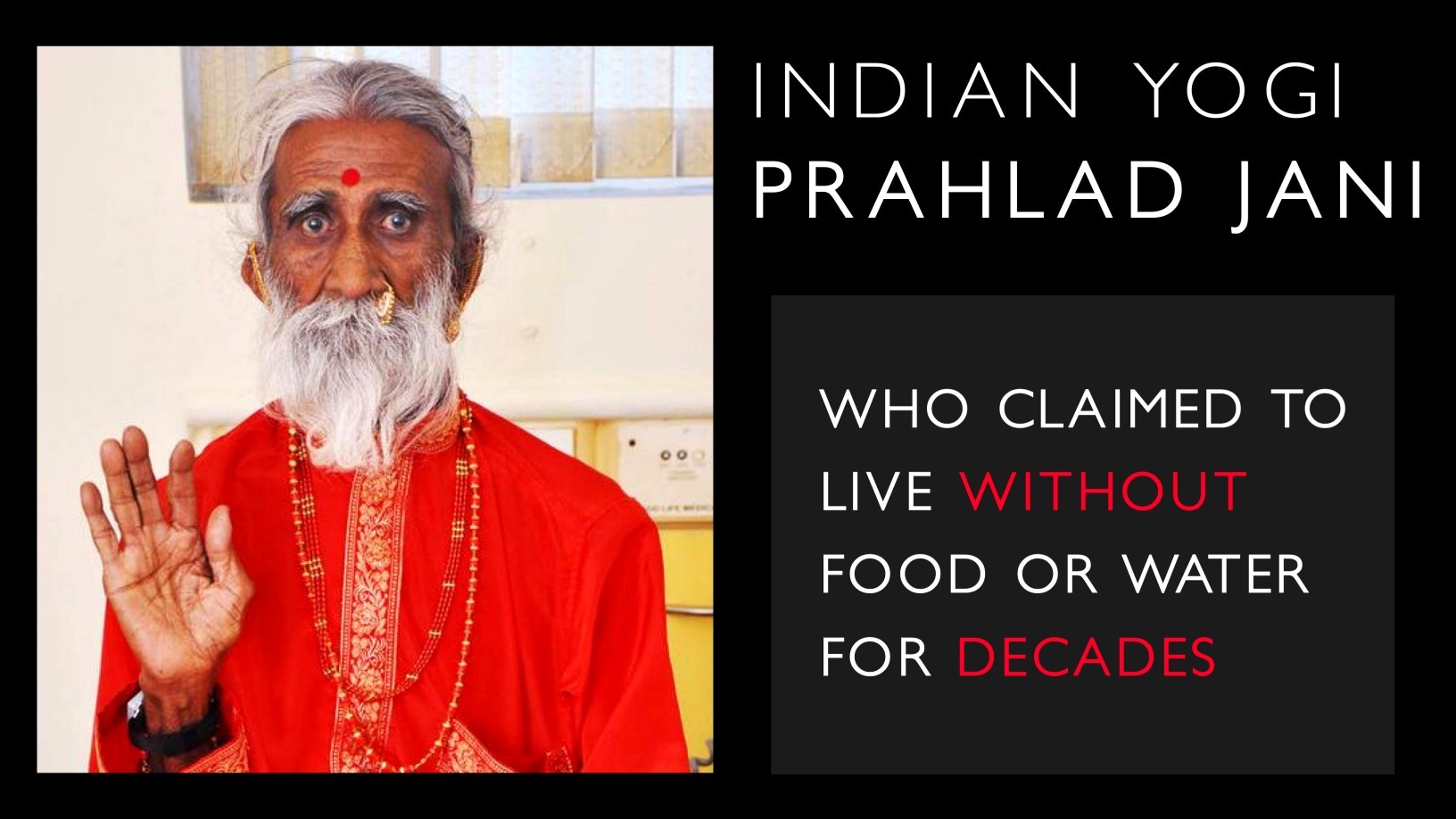 The Indian Yogi, known as “Mataji”, claimed that he had not eaten food or even drank water for 77 years. It’s one of the real creepy unsolved mysteries you haven’t heard of. He said he used to go about 100 to 200 km in the jungle and sometimes meditated for up to 12 hours, but neither felt tired nor hungry.

Prahlad Jani was born on 13 August 1929 in Charada village, in Gujrat, British India. According to Jani, he left his home in Gujarat at the age of seven, and went to live in the jungle. At the age of 12, Jani underwent a spiritual experience and became a follower of the Hindu goddess Amba.

From that time, he chose to dress as a female devotee of Amba, wearing a red sari-like garment, jewellery and crimson flowers in his shoulder-length hair. Jani was commonly known as “Mataji”, which literally means “The Great Mother” in English. Jani believed that the Goddess provided him with water which dropped down through a hole in his palate, which allowed him to live without food or drink.

Is There Any Truth In Prahlad Jani’s Claim?

Although we all want to dismiss his claims as absolute absurdity, there is more in the story. Medical experts say that it is not possible to live without water and food for more than 10 days. However, in 2003 and 2010, Baba Prahlad Jani was kept under medical supervision at Sterling Hospital, Ahmedabad, Gujarat, where he was monitored twenty-four hours a day and left after 15 days without consuming any food or water.

The doctors, who were stunned by what happened, said that neither anything was consumed nor urine or stools happened. The Yogi was watched by dozens of medical experts and CCTV cameras. The toilet seat was sealed and his clothes regularly checked for traces of urine and feces.

Even though he had to leave the room for medical tests, he was under constant surveillance. In fact, he was not allowed to gurgle or bathe during these 15 days. Even after all this, to everyone’s surprise, he did not seem to be sick or unhealthy at all.

However, both the 2003 tests and the 2010 tests have been criticized by many rationalists. Sanal Edamaruku, president of the Indian Rationalist Association, criticized the 2010 experiment for allowing Jani to move out of a certain CCTV camera’s field of view, meet devotees, and leave the sealed test room to sunbathe.

Inedia or breatharianism is a concept in which a person can live without consuming food, and in some cases water. So what do you think? Was Prahlad Jani pretending or was his statement true?

Who and where is DB Cooper?