For twenty years a mysterious handprint was visible on a Chicago fire station’s window. It could not be cleaned off, buffed off or scraped off. Many believed it belonged to Francis Leavy, a firefighter who was cleaning that very window when he predicted his own imminent death in 1924. 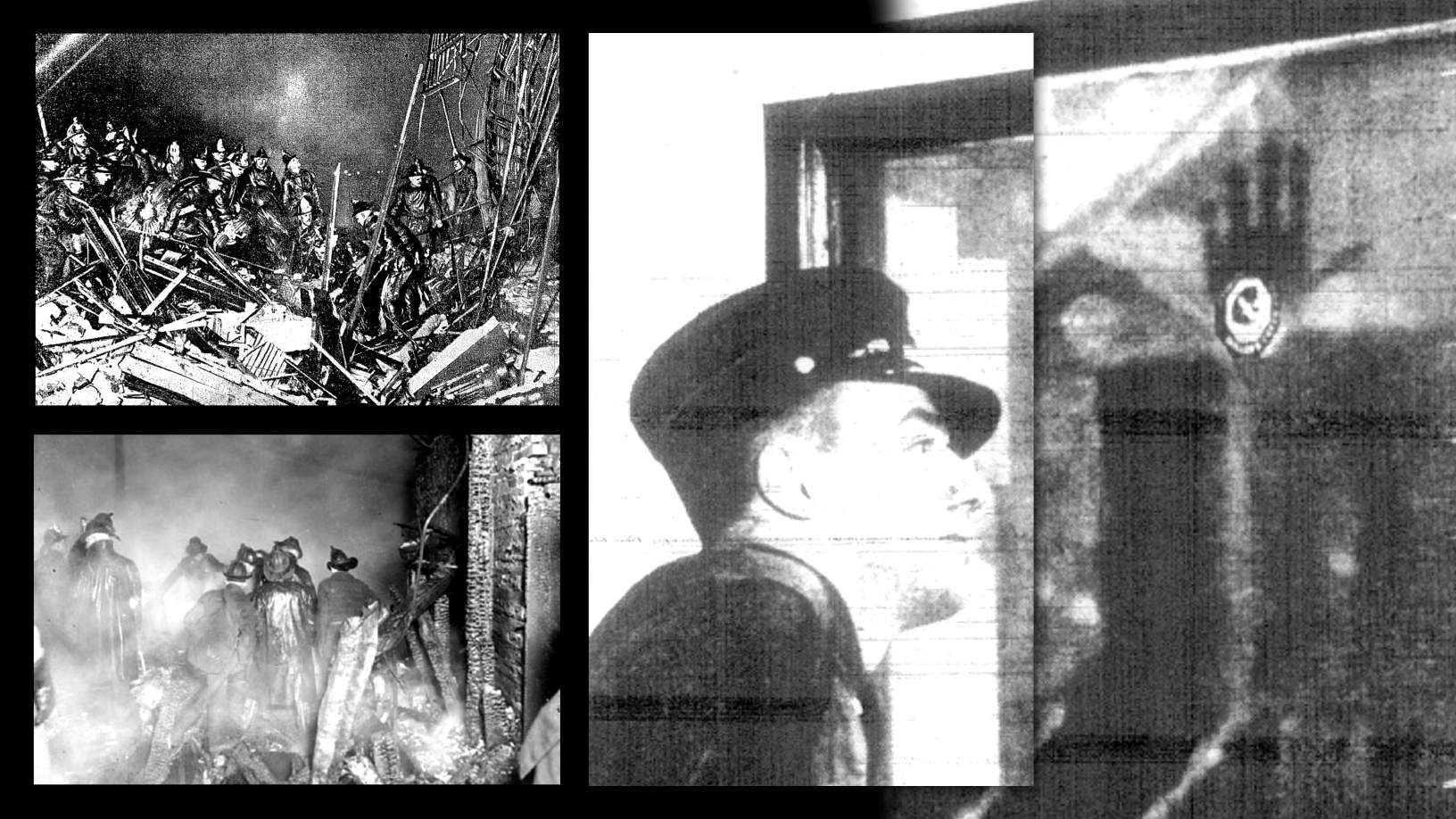 Francis Leavy was a dedicated firefighter during the 1920s. He loved his job, and his peers loved him for his dedication and charming nature. He was a pleasant man, always ready with a smile and a helping hand.

On April 18th, 1924, Francis’ colleagues became aware of a change in his demeanour. Suddenly, he was an unsmiling, grunting guy washing a large window at the Chicago Fire Department, not looking at anyone or talking. After a few minutes, Leavy suddenly announced that he had a strange feeling ― a feeling that he might die that very day. At that very moment, the phone rang and broke the heavy atmosphere brought on by the fireman’s words.

A fire was raging at Curran’s Hall, a four-story commercial building on Blue Island Avenue in Chicago, which was quite a long way from the fire department. Therefore, no time was to be wasted. In just a few minutes, Francis Leavy and his fellow firefighters were on the scene, assessing the situation and helping those trapped on the top floors.

❱❱  20 Chilling Unsolved Mysteries That Will Leave You Scared!

Everything seemed to be on track to rescue everyone from the building. Then, suddenly, the flames engulfed the lower part of the building, and the roof caved in. As soon as this happened, the walls came crashing down, pinning many people under the rubble ― including Leavy. Leavy’s grim premonition came true. He lost his life that day trying to save others.

That day, eight Chicago Fire Department firefighters died, and more than twenty were injured. A ninth firefighter died from his injuries eight days after the fire, and one civilian also died while trying to help rescue firefighters from the rubble.

The very next day of the tragedy, trying to come to terms with the great losses, Leavy’s colleagues sat at the firehouse thinking about the events of the previous day. Suddenly, they noticed something strange on one of the windows. It looked like a handprint smudged onto the glass.

❱❱  Bathsheba Sherman And The Evil Doll Annabelle: The True Story Behind 'The Conjuring'

Eerily, it was the very same window that Francis Leavy was busy washing the day before. The firemen cleaned the window again, but the print stubbornly refused to disappear. For many years, the handprint remained on the window in spite of chemicals used to try and remove it. The strange mystery remained unsolved, but came to an abrupt end when a newspaper boy threw a paper against the window in 1944, causing it to shatter into pieces.

The Paranormal Hauntings Of Chernobyl

The Earth Was Ruled For 241,200 Years By 8 Kings Who Came From Heaven – The Sumerian King List UnveiledThe Strange Death Of Gloria Ramirez, The Toxic Lady Of Riverside20 Chilling Unsolved Mysteries That Will Leave You Scared!“I Was Born For Rape” ― Pedophile Josef Fritzl And His Forlorn Daughter Elisabeth Fritzl