The Undead, Ghosts, Zombies, Blood and gore. Things that go bump in the night. What if they were all around you, and you had nowhere to hide, no escape from their bony hands reaching, misty forms creeping, crawling towards you…scared yet? 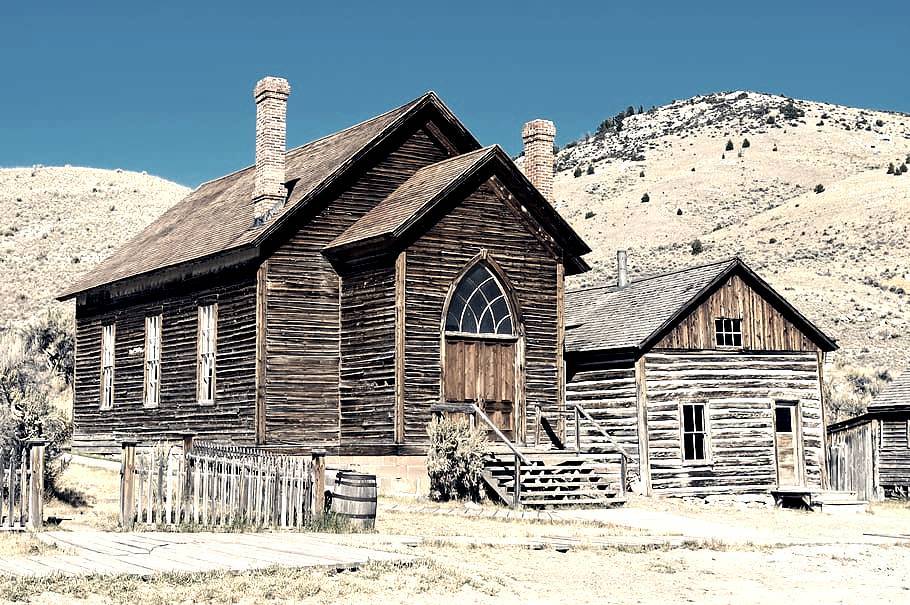 Get chilled to the bone as you peruse the blood-curdling haunted buildings that are peppered all throughout the United State’s mortal realm.

The Willard Public Library is reportedly haunted by a female who is now called the ‘Grey Lady’. Local police, in response to the setting off of a security alarm, claimed to have seen two ghosts in the library’s upstairs window. Other instances of water taps being turned on and off, the unexplained fragrance of perfume, sensations of coldness, noises, items being moved, and random things found in the library with no reasonable origin has been commonplace.

The Myrtles Plantation is reported to be haunted by a former slave named Chloe, who was put to death by fellow slaves after killing (by accident or otherwise) certain members of her master’s family. Chloe is said to have used oleander leaves to do the trick, put into a cake. It’s thought that her associates expired her to escape their master’s punishment upon them.

❱❱  Dead Children's Playground – The Most Haunted Park In America

Bannack is a real ghost town, founded in 1862 and named after the Bannock Indians, historically one of the original to be settled in the county. And words has it that it’s haunted by many, like Dorothy, the lady in a blue gown who drowned in a nearby creek, or the executed group of outlaws that are having a hard time leaving town, though every effort’s been made to get them to do so.

The Oxford Middle School is supposedly housing a ghost by the name of Anne Marie. The school’s doors have long been closed, but that didn’t close down the stories. Spending most of her time in the Gym balcony’s storage area, Anne Marie has made herself known through multiple sightings.

The Nevada Governor’s Mansion, first inhabited by Governor Denver S. Dickerson and family in July of 1909. Staff and Governor’s Mansion guests alike have supposedly witnessed what is thought to be Una Dickerson, the late Governor’s wife, and daughter Jane. Jane Dickerson was the only child ever born at the Mansion.

❱❱  Here's How Jean Hilliard Froze Solid And Thawed Back To Life!

Jamestown is the home of Lydia’s Bridge, where in the 1920s a girl and her date were coming home from a local dance on a night that was purportedly chockfull of fog. Hurrying so as not to pass curfew, Lydia’s date lost control of the automobile, colliding with the Southern Railroad Underpass Bridge. Numerous stories began to surface as people told of giving a ride to a hitchhiker dressed all in white who called herself Lydia, a girl who recites her address and still expresses concern regarding being late for her curfew. Disappearing each time before she is taken to her desired location, Lydia is now called the Phantom Hitchhiker, Lady in White, and the Vanishing Lady.