A man named Al Bielek, who claimed to be a test subject of various secret U.S. Military Experiments, said that on August 12, 1943, the U.S. Navy carried out an experiment called the “Philadelphia Experiment” on the USS Eldridge, at the Philadelphia Naval Shipyard, after installing special equipment on it. In this test, they allegedly send the ship and all its crew members 10 minutes back in time, making it apparently ‘invisible’, and then bring them back to the present time. 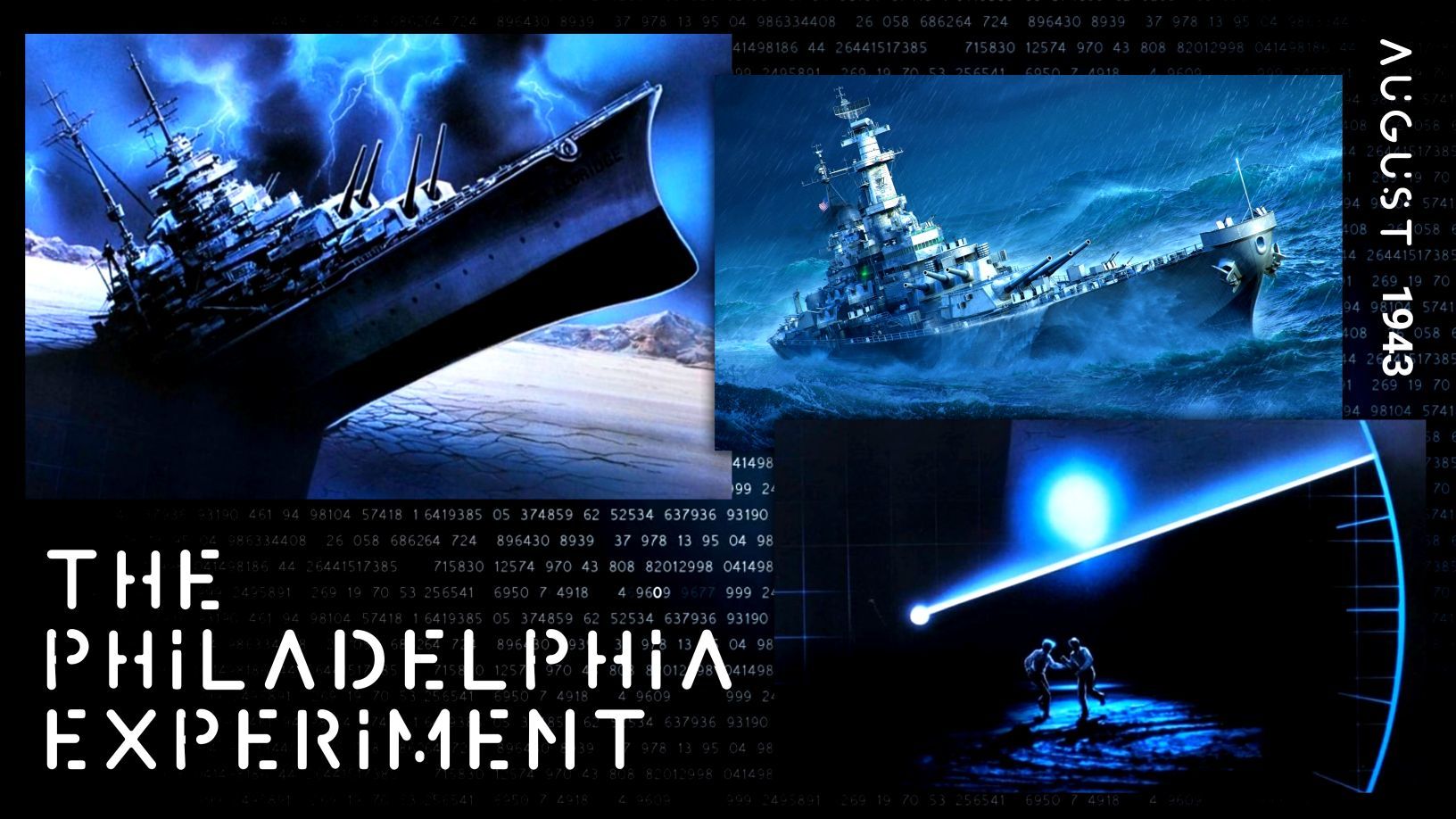 As a consequence, many of the sailors onboard went insane, many lost their memory, some were engulfed in flames to their deaths, and others molecularly bonded with the ship’s metal structure. However, according to Bielek, he and his brother, who were aboard the experiment ship at the time, jumped off just before the time warp opened and survived without any injuries. There’s a huge argument as to whether this event is true or not. But if such an experiment really happened then it’s undoubtedly one of the eeriest mysteries in human history.

According to Al Bielek, August 12, 2003, is an extremely important anniversary date in the U.S. Navy’s secret World War II invisibility project known as the Philadelphia Experiment. Bielek claimed that ― on August 12, 1943 ― the Navy, after installing special equipment on the USS Eldridge, made the ship and its crew disappear from Philadelphia harbour for over 4 hours.

The exact nature of this test is open to speculation. Possible tests include experiments in magnetic invisibility, radar invisibility, optical invisibility or degaussing ― rendering the ship immune to magnetic mines. The tests were conducted, only to produce undesirable results. Afterwards, the project — supposedly called “Project Rainbow” — was cancelled.

What Really Happened During The Philadelphia Experiment?

Two separate sets of bizarre events make up the “Philadelphia Experiment.” Both revolve around a Navy Destroyer escort, the USS Eldridge, with the events taking place on two separate days in the summer and fall of 1943.

In the first experiment, an alleged method of electrical field manipulation allowed the USS Eldridge to be rendered invisible on July 22, 1943, in the Philadelphia Naval Shipyard. The second rumoured experiment was the teleportation and small-scale time travel (with the ship sent a few seconds in the past) of the USS Eldridge from the Philadelphia Naval Shipyard to Norfolk, Virginia, on October 28, 1943.

Horrible tales of mangled seamen and sailors stuck within the metal of the USS Eldridge often accompany this experiment, with the USS Eldrige reappearing seconds later in the waters around Philadelphia. Recitation of the events surrounding the second Philadelphia Experiment often includes a cargo and troop transport vessel, the SS Andrew Furuseth. The lore of the second experiment claims those on board the Andrew Furuseth viewed the USS Eldridge and it’s crew as they teleported into Norfolk momentarily before the ship returned to the waters of Philadelphia.

Prior to the mid-1950s, no rumours of bizarre activity surrounded any teleportation or invisibility experiments in North America during the 1940s, let alone in the area surrounding Philadelphia.

Carl Meredith Allen, using the alias Carlos Miguel Allende, sent a series of letters to the astronomer and writer Morris K. Jessup. Jessup authored several early UFO books including the mildly successful The Case For The UFO. Allen claimed to be on the SS Andrew Furuseth during the second experiment, witnessing the USS Eldridge emerge in the waters of Norfolk and quickly disappear into thin air.

Carl Allen supplied no proof to verify what he claimed to witness on October 28, 1943. He did win the mind of Morris Jessup, who began to champion Allen’s view of the Philadelphia Experiment. Jessup, however, died four years after his first contact with Allen from an apparent suicide.

Moving a ship weighing several thousand tons leaves an inevitable paper trail. On the date of the Philadelphia “Invisibility” Experiment, July 22, 1943, the USS Eldridge had yet to be commissioned. The USS Eldridge spent the day of the alleged teleportation experiments, October 28, 1943, safely within a New York harbour, waiting to escort a naval convoy to Casablanca. The SS Andrew Norfolk spent October 28, 1943, sailing across the Atlantic Ocean en route to the Mediterranean port city of Oran, further discrediting Carl Allen’s comments.

And in the early 1940s, the Navy did conduct experiments to make naval vessels “invisible” in the Philadelphia Naval Shipyards, but in a different manner and with a completely different set of desired results.

In these experiments, researchers ran an electric current through hundreds of meters of electrical cable around the hull of a ship to see if they could make the ships “invisible” to underwater and surface mines. Germany deployed magnetic mines in naval theatres — mines that would latch on to the metal hull of ships as they came near. In theory, this system would make the ships invisible to the magnetic properties of the mines.

Seventy years later, we are left without a shred of credible evidence for the Philadelphia Experiment(s), yet rumours persist. If you are still unconvinced, think of the situation from a different viewpoint. No incident, regardless of the horrific nature, would stall the development of teleportation technology if the military believed it feasible. Such a resource would be an invaluable front line weapon in war and the backbone of many commercial industries, yet decades later, teleportation is still caged within the realm of science fiction.

In 1951, the United States transferred the Eldrige to the country of Greece. Greece christened the ship the HS Leon, using the vessel for joint U.S. operations during the Cold War. The USS Eldridge met an unceremonious end, with the decommissioned ship sold to a Grecian firm as scrap after five decades of service.

In 1999, fifteen members of the USS Eldridge crew held a reunion in Atlantic City, with the veterans bemoaning the decades of questioning surrounding the vessel they served on.