A mysterious painting that stopped a haunting in Heale House

What if you never believed in ghosts and paranormal things and see a pale woman going out of your bedroom every night after waking you up? How would you feel when you can’t find any scientific explanation for a sweet piano sound that comes from the other room while you know it very well that there’s no such piano instrument in your house? These are some of the exact scenarios the Smith family once experienced at the Heale House, in Devon, England.

Contents ▴
I. The Haunting Of Heale House:
II. What Was Going On In The Heale House?
III. A Strange Connection:
IV. Here’s Where Is Heale House Located?

The Haunting Of Heale House: 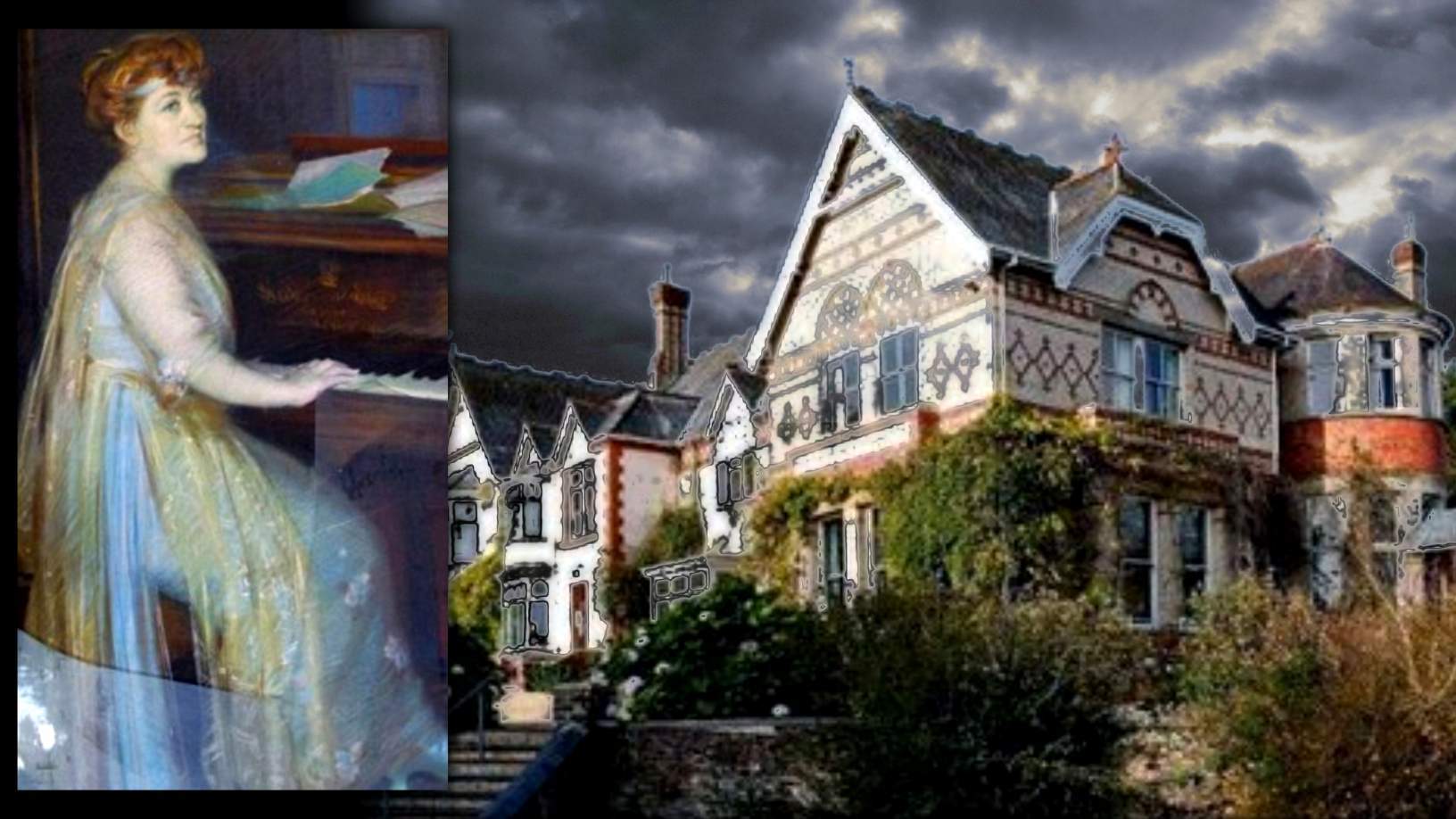 A ghostly woman dressed in Edwardian-era attire used to roam along the corridors and in the bedrooms of Heale Mansion in search of something belonged to her. Sometimes she would come so close to the bed that Mr. Alan Smith often waked at night shaking with his heart racing. This phenomenal ‘ghost walking’ was always accompanied by a sweet piano playing, as low as if it’s coming from a far distance, typically some classical pieces by Chopin.

Gradually, this mysterious presence becomes everyday’s terrifying experience for the Smith family and their guests, except one, Mr. Alan Smith, because he always tried to find out a scientific logic for the incidents rather than accepting it as a ghostly affair. Eventually, the ghostly scenarios generated a keen curiosity in his mind which led him to further investigate the subject. He was finding the connection between all these strange occurrences and the historic mansion.

What Was Going On In The Heale House?

It would have still been a mystery or lost over time as being a regular haunting affair if, coincidentally, the ‘local junk’ shop owner did not approach Mr. Smith with a painting that belonged to the Heale House. Mr. Smith instantly identified the ‘piano playing woman’ in the portrait as well as his own drawing-room as being depicted in the background of the painting.

After discovering the painting, Mr. Smith was finally able to find out the actual identity of that woman. She was Mrs. Bell, spouse of an Argentinian beef rancher who lived in Heale House until the early 1900s. She was a well cultured and art-loving woman. Her portrait was painted by a renowned Parisian artist, Cyril Roberts. Before her death, Mrs. Bell was living in the house until her family was bankrupted and her most favourite, ‘her own portrait’ had to be sold in the misery.

Now the questions arise in mind: Is it possible that Mrs. Bell, the woman in the portrait, used to come to Heale House everyday in her ghostly appearance? If so, what did she want from the Smith family? Let’s see what happened next.

When Mr. Smith placed that portrait in its rightful place on the drawing room’s wall of Heale House; to everyone’s surprise, all paranormal disturbances suddenly vanished and she has never been seen again. Later, the Smith family had made a plan to talk with that soul by using the Ouija board but they failed to do so. She had gone forever, according to Mr. Smith.

This ghostly encounter was first revealed in 2012 when Mr. Alan Smith took that portrait for an Antiques Roadshow at his age of 70 and the story also featured in an episode, shown on BBC One.

Here’s Where Is Heale House Located?

The Heale House is now known as the Lamton Court which is served as an independent, non-profit making Drug and Alcohol Rehabilitation Clinic established in 1999. Located in the beautiful North Devon countryside close to the town of Bideford, and only 40 minutes from Exeter, Lampton Court is easily accessible by road, rail or air. The gothic-style mansion is surrounded by over 5 acres of beautiful private gardens and woodland.

Creepy encounters with the Brown Lady of Raynham Hall

The 13 most haunted hotels in America