A dream is a sequence of images, ideas, emotions, and sensations that usually occur unintentionally in the mind during certain stages of sleep. The content and purpose of dreams are not fully understood, although they have been a topic of scientific, philosophical and religious interest throughout human history. 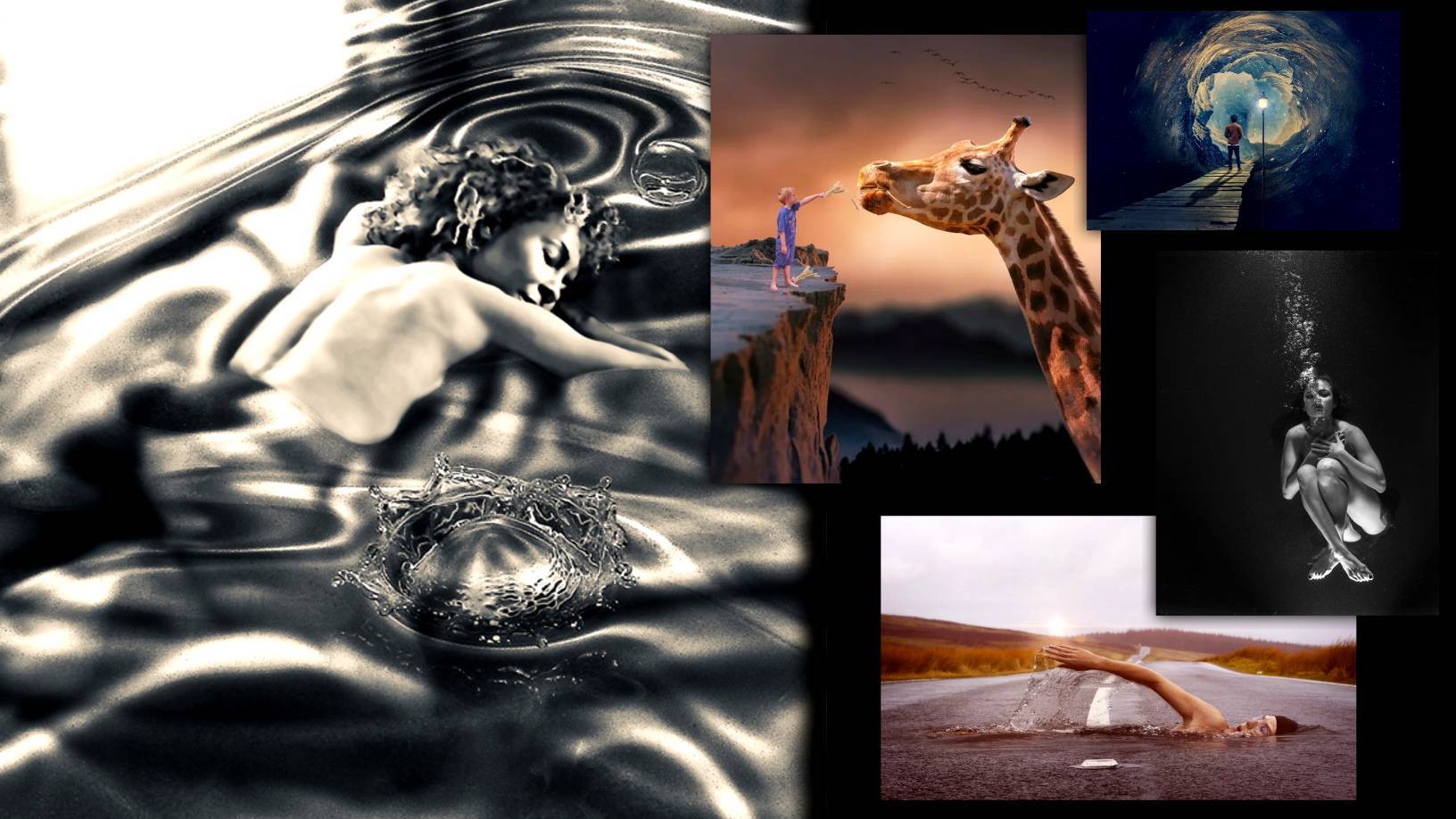 Dreams and their purpose have been one of the enduring mysteries of sleep. Early dream theorists, such as Sigmund Freud, argued that the function of dreaming was to preserve sleep by expressing unfulfilled desires or wishes in the unconscious state. Early civilizations thought of dreams as a medium between humans and the gods. In spite of modern science, dreams still remain a big mystery.

Here are 20 strange and amazing facts about dreams that you might have never heard about:

Contents -
1 | You Can’t Read While Dreaming, Or Tell The Time
2 | You Always Dream — You Just Don’t Remember It
3 | We Don’t All Dream In Colour
4 | Blind People Dream Too
5 | Kids Have More Nightmares
6 | Recurring Dreams Have Themes
7 | Lucid Dreaming
8 | Inventions Inspired By Dreams
9 | We All See Things In Our Dreams
10 | Premonition Dreams
11 | REM Sleep Disorder
12 | Sleep Paralysis
13 | Sexual Dreams
14 | Unbelievable Sleepwalkers
15 | Increased Brain Activity
16 | Creativity And Dreams
17 | In Your Dreams, You Only See Faces That You Already Know
18 | Dreams Tend To Be Negative
19 | Gender Differences
20 | Dream Drug

1 | You Can’t Read While Dreaming, Or Tell The Time

If you are unsure whether you are dreaming or not, try reading something. The vast majority of people are incapable of reading in their dreams. The same goes for clocks: each time you look at a clock it will tell a different time and the hands on the clock won’t appear to be moving as reported by lucid dreamers.

2 | You Always Dream — You Just Don’t Remember It

Many people claim that they don’t dream at all, but that’s not true: we all dream, but up to 60% of people don’t remember their dreams at all. On the other side, people over the age of 10 have at least four to six dreams every night but they forget 95 to 99 percent of their dreams.

While most people report dreaming in colour, there is a small percentage (around 12 percent) of people who claim to only dream in black and white.

❱❱  A Brief History Of Strange Signals Coming From Deep In Space

Nightmares usually begin between the ages of 3 and 6, and decrease after the age of 10. However, 3 percent of people continue experiencing Nightmares and Night Terrors through their entire life.

Recurring dreams especially occur in children which are mostly about: confrontations with animals or monsters, physical aggressions, falling and being chased.

There is a whole subculture of people practicing what is called lucid or conscious dreaming. Using various techniques, these people have supposedly learned to assume control of their dreams and do amazing things like flying, passing through walls, and traveling to different dimensions or even back in time.

Dreams are responsible for many of the greatest inventions of mankind. A few significant examples include:

9 | We All See Things In Our Dreams

There are some astounding cases where people actually dreamt about things which happened to them later, in the exact same ways they dreamed about.

You could say they got a glimpse of the future, or it might have just been coincidence. The fact remains that this is some seriously interesting and bizarre phenomena. Some of the most famous premonition dreams include:

Our most vivid dreams happen during rapid eye movement (REM) sleep, which happens in short episodes throughout the night about 90 to 120 minutes apart. In the state of REM stage of our sleep our body is normally paralyzed. In rare cases, however, people act out their dreams. These have resulted in broken arms, legs, broken furniture, and in at least one reported case, a house burnt down.

Studies show that during an attack, sleep paralysis sufferers show an overwhelming amygdala activity. The amygdala is responsible for the “fight or flight” instinct and the emotions of fear, terror and anxiety.

The very scientifically-named “nocturnal penile tumescence” is a very well documented phenomena. In laymen’s term, it simply means that you get a stiffy while you sleep. Actually, studies indicate that men get up to 20 erections per dream.

Sleepwalking is a very rare and potentially dangerous sleep disorder. It is an extreme form of REM sleep disorder, and these people don’t just act out their dreams, but go on real adventures at night.

Lee Hadwin is a nurse by profession, but in his dreams he is an artist. Literally, he “sleepdraws” gorgeous portraits, of which he has no recollection afterwards. Strange sleepwalking “adventures” include:

You would associate sleeping with peace and quiet, but actually our brains are more active during sleep than during the day.

As we mentioned before, dreams are responsible for inventions, great artworks and are generally just incredibly interesting. They are also “recharging” our creativity. Scientists also say that keeping a dream diary helps with creativity.

17 | In Your Dreams, You Only See Faces That You Already Know

It is proven that in dreams, we can only see faces that we have seen in real life before. So beware: that scary-looking old lady next to you on the bus might as well be in your next nightmare.

Researchers at York University have found that our brains can store 10,000 faces, or more over the course of a lifetime. Of which, the average person can barely recall around 5000 but that doesn’t mean we’ll always remember their names.

Therefore, this proves that every person we have seen in our dreams, we have already seen in person. It may have been a random face that caught our eyes in a crowd years ago, but it’s still a reference for our brain to follow.

We may not recognise or even recall ever seeing the person in our dreams, their faces will always be the same but their physical appearance and behaviour may not be exactly the same as it is in real life. For example, they may be taller, smaller, skinnier, chubbyer, more polite or rude than they are in person.

That’s why people who are blind since birth do not see any real life faces, images or colour in their dreams. They still have dreams, but in their dreams they experience the same senses they have used in real life. They can hear, smell, feel, and sense texture, shapes, forms etc.

A person, who’s blind since birth, describes her dreams as “Odd shapes and patterns, like moving waves.” She says that most of her dreams though, only consists of sounds and the feel of objects she’s touched before which she interprets in her dreams as shapes, with the “rare moving fluid things.”

18 | Dreams Tend To Be Negative

Surprisingly, dreams are more often negative than positive. The three most widely reported emotions felt during dreaming are anger, sadness and fear.

Interestingly, 70% of all the characters in a man’s dream are other men, but women’s dream contain an equal amount of women and men. Also men’s dreams contain a lot more aggression. Both women and men dream about sexual themes equally often.

There are actually people who like dreaming and dreams so much that they never want to wake up. They want to continue on dreaming even during the day, so they take an illegal and extremely potent hallucinogenic drug called Dimethyltryptamine. It is actually only an isolated and synthetic form of the chemical our brains produce naturally during dreaming.