Each murder is creepy in its way, each has a unique story in the background that can push anyone in eternal depression. But when the case remains unsolved, every little lead finds its nest in our frightened minds. In this list article, we have highlighted some notable unsolved murder cases where victims were murdered in strange and creepy circumstances: 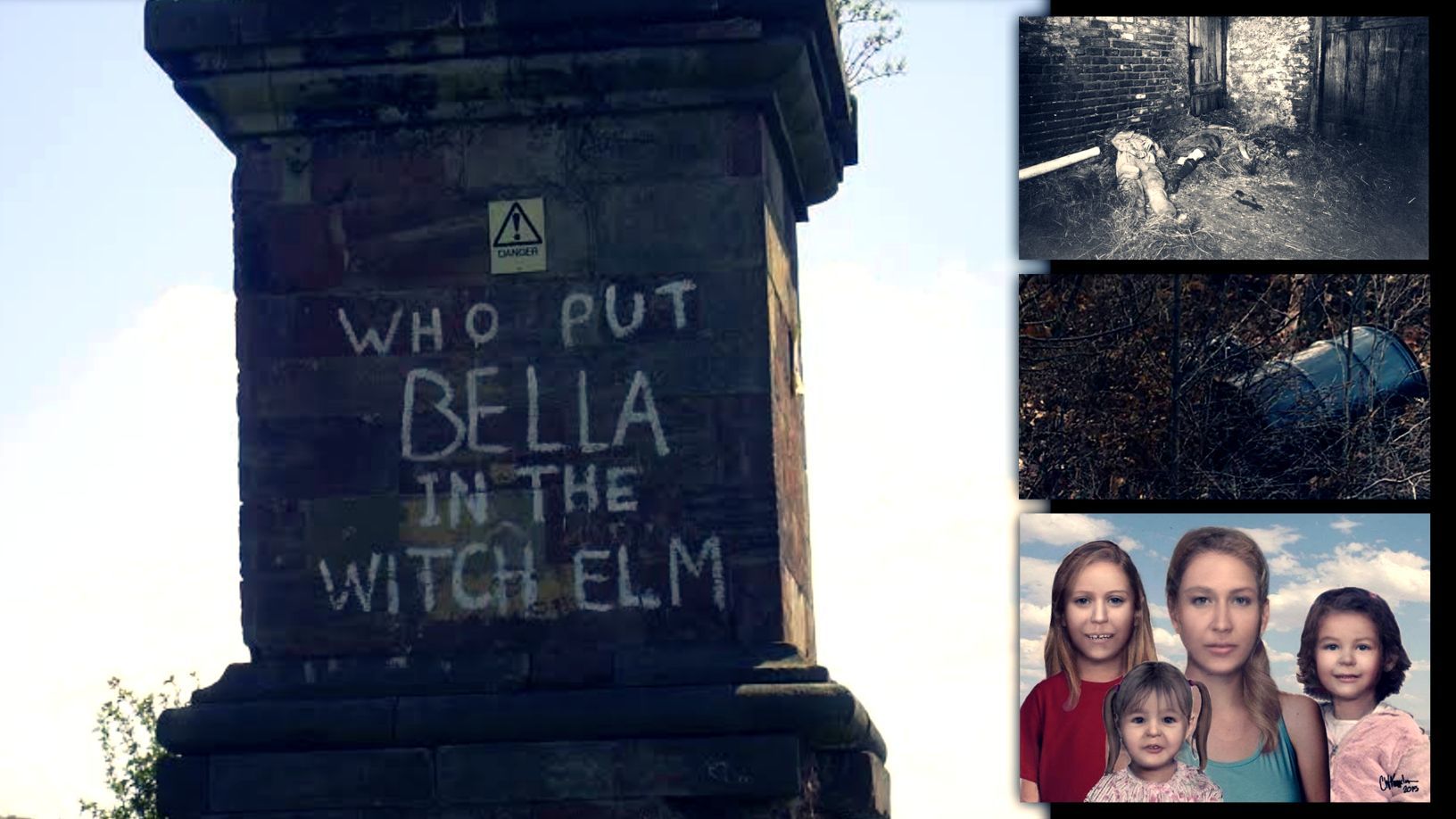 1 | The Setagaya Family Massacre – No Killer Identified, Despite DNA Evidence

On December 30, 2000, a gruesome murder occurred in the Setagaya ward of Tokyo, Japan. That night, Mikio Miyazawa, 44, Yasuko Miyazawa, 41, and their children Niina, 10, and Rei, 6, were all stabbed to death by an unknown assailant. The killer stayed in the house for several hours after the killing, even using the restroom without bothering to flush. Despite finding a great deal of evidence, including the killer’s DNA, police still have not been able to identify him.

In 1985, a metal drum containing the remains of a woman and a young girl was discovered near New Hampshire’s Bear Brook State Park. The two were related in some way, but they were never identified. Fifteen years later, another metal drum was discovered 100 feet away, this one containing the bodies of two more young girls – one of whom was related to the people found in 1985. The fourth victim bore no relation to the others. It has been determined that the victims were caucasian, and their poor dental health suggests they may have lived a transient lifestyle. The bodies had so badly deteriorated that authorities say they may have died as early as 1977.

In March of 1921, the body of a six-year-old boy was fished from a pond in Waukesha, Wisconsin. He had been killed by a blow to the head, and may have been in the water for several months. Because of his expensive clothing, he was dubbed Little Lord Fauntleroy. He was put on display at a local funeral home and a $1000 reward was offered for information, but no one ever came forward. It later developed that an employee of the company near the pond claimed that five weeks before the body was found, a couple had come to him asking if he had seen a little boy, and had driven away heartbroken after he answered in the negative. The crime is still unsolved, almost a century later

On April 18, 1943, four local boys by the named of Robert Hart, Thomas Willetts, Bob Farmer and Fred Payne, were poaching or bird–nesting in Hagley Wood, part of the Hagley estate belonging to Lord Cobham near to Wychbury Hill, UK when they came across a large wych elm tree where they found a human skeleton in its hollow trunk. One of them reported this discovery to the police.

Upon investigation, it was revealed that the corpse’s mouth was stuffed with taffeta, and hidden along with her body, a gold wedding ring and a shoe. The cause of death was suffocation and the body was placed in the elm when it was still warm. But when strange graffiti started appearing in crooks of the town with the question, “Who put Bella in the wych-elm?” the town turned into a living nightmare, making it one of those unsolved mysteries that never got an answer.

In 1922, the gruesome murder of a family that took lives of 6 people happened in Hinterkaifeck, a small farm 70km north of Munich, Germany. Few days prior to the murder, homeowner Andreas Gruber noticed some footprints from the forest in the snow leading into the back of the family home, but none leading out. Since then, they heard strange footsteps in the attic and discovered a newspaper they never bought. It prompted their maid to leave the house in a hurry. On the day of the murder, a new maid arrived, and along with the family, she was also killed by someone using a pickaxe. The killer was never caught despite the large-scale investigation. Read More

On March 18, 1988, a man came home to his apartment in Nagoya, Japan, to find the door unlocked and the lights off. After changing clothes, he heard a baby crying. He then discovered the mutilated body of his pregnant wife and his newborn son lying at her feet. His wife had been bound and strangled to death before the killer proceeded to cut open her abdomen and deliver the baby, even cutting the umbilical cord. The infant miraculously survived, but the killer was never found. The names of the victims were never publicly released by police.

7 | The Murder Of Ricky McCormick

On June 30, 1999, the body of Ricky McCormick was found in a field in St. Charles County, Missouri. McCormick had been missing only for 72 hours, but his body was already badly decomposed. In 2011, the FBI revealed they had found two notes in McCormick’s pockets written in a complex cypher. McCormick was a high school dropout who could barely write his own name. Despite the efforts of America’s top cryptographers, the cypher remains a mystery to this day.

On September 29th, 1982, seven people in the Chicagoland area were fatally poisoned by a series of cyanide-laced Tylenol capsules purchased from various locations. This random act of violence created a nationwide panic that caused Tylenol to pull $100-million in products off the shelves. Tamper-proof seals on bottles became the industry standard because of this incident. The murderer and motive have never been identified.

On the night of June 10, 1912, in the quiet town of Villisca, Iowa, the Moore family returned from a night at church. The two parents and their four children, plus two girls from a neighbouring family who were sleeping over, settled down to sleep.

The next morning, the neighbours found all eight of them hacked to death with severe head wounds from an axe. There was no sign of forced entry, and only one child was found out of bed. It’s believed that the murderer had climbed into the attic while they were at church and waited for everyone to fall asleep before coming downstairs to commit the crime. One of the only clues was a pile of cigarette butts in the attic.

Though there have been several suspects over the years – a bitter business partner, a suspected lover, a travelling preacher (who confessed but didn’t know any details of the crime scene), and more than one drifter – the case has never been solved. The house is supposedly haunted by both the family and the man who committed the crimes!

Four children from the Detroit area, aged 10 to 12, were murdered in the years of 1976 and 1977. All their bodies were left in public areas, once within sight of a police station. Even, one of the victims had been given fried chicken after his parents pleaded on TV for him to come home to his favourite meal, KFC. The killer was never identified.

On May 4, 1932, Lilly Linderstrom, a 32-year-old divorcee making a living as a prostitute in Stockholm, was found bludgeoned to death in her apartment. Police discovered that her skull was crushed in, signs of sexual activity, and a blood-stained gravy ladle near the bed. Her blood was almost completely drained, and police determined that the murderer had used the ladle to drink her blood! Despite an intensive police investigation the murderer ― dubbed the “Atlas Vampire” after the area the murder took place ― was never identified.

Elizabeth Short, more famously known as the Black Dahlia, was found murdered in Los Angeles, California. Because of the grisly nature of her case, which included her corpse being mutilated and severed from the waist, it gained rapid national attention. The details surrounding Short’s life are largely unknown, rather than she was an aspiring actress. The case is one commonly cited as being one of Los Angeles County’s most infamous unsolved murders. Read More

13 | The Case Of Jeannette DePalma

In Springfield, New Jersey, in 1972, a 16-year-old girl named Jeannette DePalma went missing until weeks later, a dog brought back her right forearm to its master. Several witnesses have claimed her body was found surrounded by occult objects and on top of a pentagram, but authorities have denied those claims. Today, even the Springfield Police don’t want to say anything about this case. The killer(s) has never been identified. Was Jeannette sacrificed in occult worship? Read More

The Unsolved Murders Of Cabin 28

This quadruple homicide took place in Keddie, California on the evening of April 11, 1981. The bodies of Glenna Sue Sharp, 36, her son John, 15, and his friend Dana, 17, were all found on the scene. Sue’s older daughter, Sheila, was the one to discover her family’s murder. Along with the three murders, the younger Sharp daughter, Tina (12) was reported missing.

Tina’s body was found three years later, miles away from Cabin 28. The murders are remembered for their particular viciousness and the lack of motive behind them. The two prime suspects in the case have since died, and the cabin in which the families were found was demolished in 2008.

The Strange Deaths Of Don Henry And Kevin Ives

Don Henry and Kevin Ives were high-school buddies who lived in central Arkansas. On the evening of August 23rd, 1987, the pair went out and were never seen alive again. The next person to see them was the conductor of a train, who attempted to stop when he saw their bodies lying in the middle of the tracks, but was unable to stop in time.

The riddle of Flight 19: They vanished without a trace