Villa Epecuén, an old tourist town located south of Buenos Aires Province, Argentina, on the eastern shore of Laguna Epecuén, about 7 kilometres north of the city of Carhué. Once thriving, the town has a tragic past. It witnessed a disaster and spent a quarter of a century underwater.

Ruins of Lago Epecuen village, some 600 km southwest of Buenos Aires, on May 3, 2011 after the place remained flooded for almost 25 years by the salt water of Epecuen lagoon. Since 2009 the level of the water has been decreasing and therefore exposing the ruins of this once very visited lakeside resort. The level of salinity here is only surpassed by that of the Dead Sea.

Opened in 1821 by Arturo Vatteone, Lake Epecuén became the most exclusive spa in the country. It was the fashionable destination of that time and the place chosen by the Buenos Aires aristocracy as a destination not only for leisure, but also for curing rheumatic and skin diseases.

Its highly mineralized waters were famous for their similarity to the properties of the Dead Sea. For this reason, thermal water has had a curative function and the World Health Organization included it within traditional medicine.

Established in the 1920s on the banks of lake Epecuén, the Villa Epecuén town was home to over 1,500 residents and a holiday destination to couple of thousands more vacationers from the Argentinian capital.

On November 6, 1985, a seiche, caused by a rare weather pattern, bursts a nearby dam and buried the town under 33 feet of salt water, rendering it a modern-day Atlantis. Initially, people waited on their roofs, hoping for the water to recede. But it didn’t, and within two days, the place was a devastated ghost town.

In 2009, the waters began to recede and what emerged resembles an apocalyptic world.

The families who lived there were evacuated. In 1997 the waters began to drop and revealed the ruins of what was once Villa Epecuén.

Many of the ruins are covered by a layer of white and grey salt. At the time, there were up to 280 businesses in Epecuén, including lodges, guesthouses, hotels, and businesses that 25,000 tourists visited between November and March, from the 1950s to the 1970s. 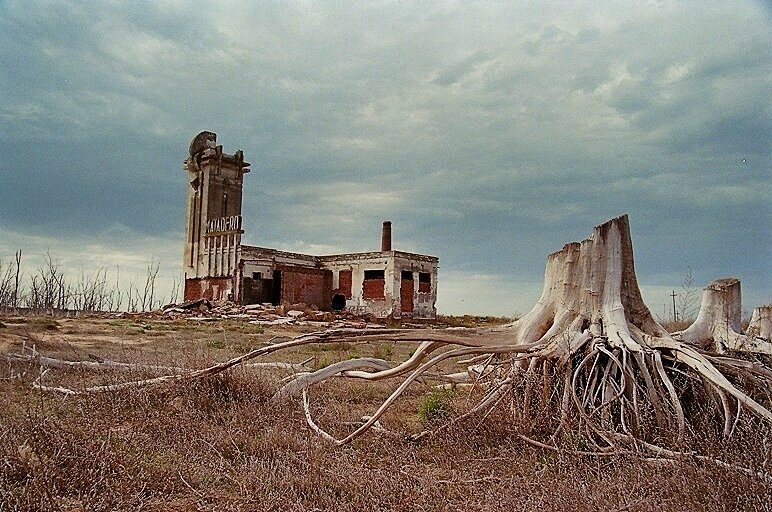 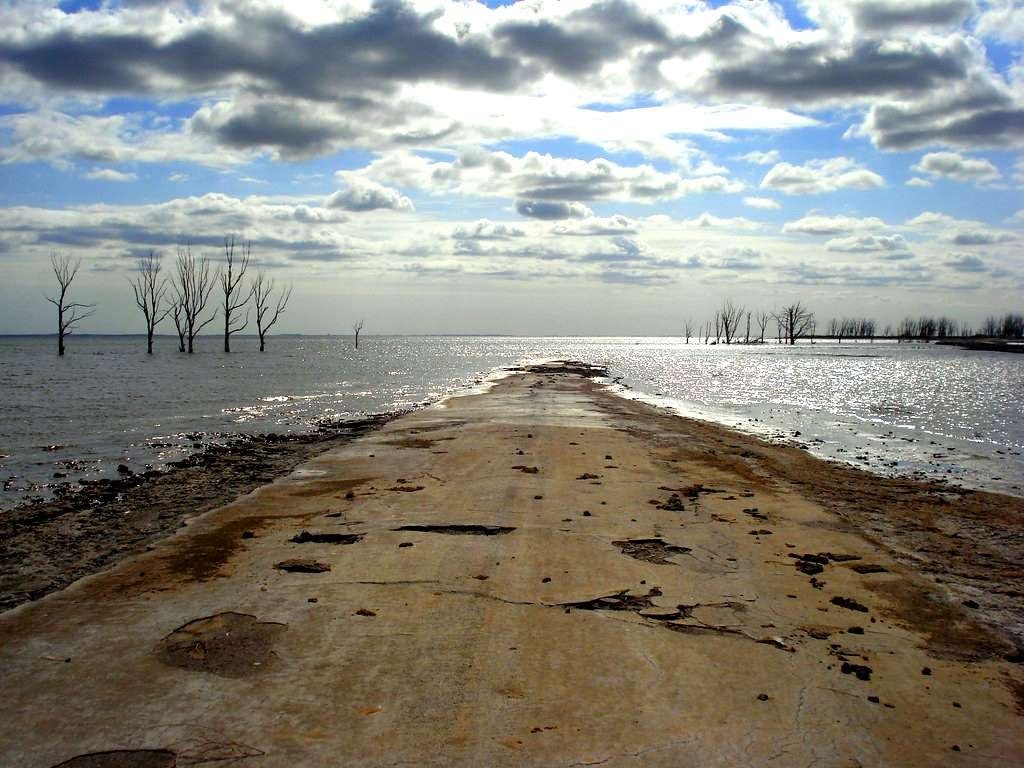 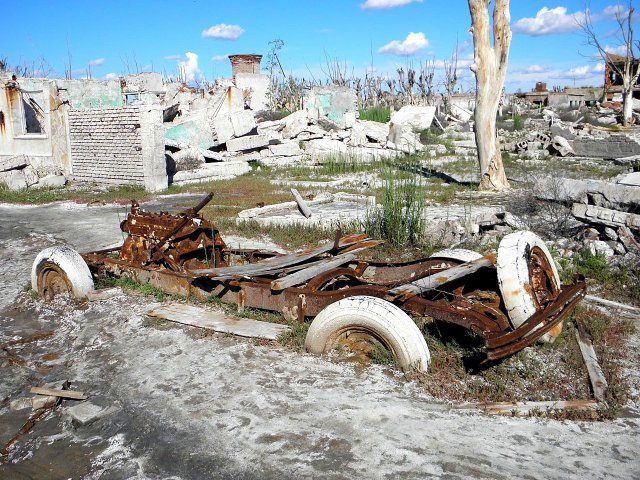 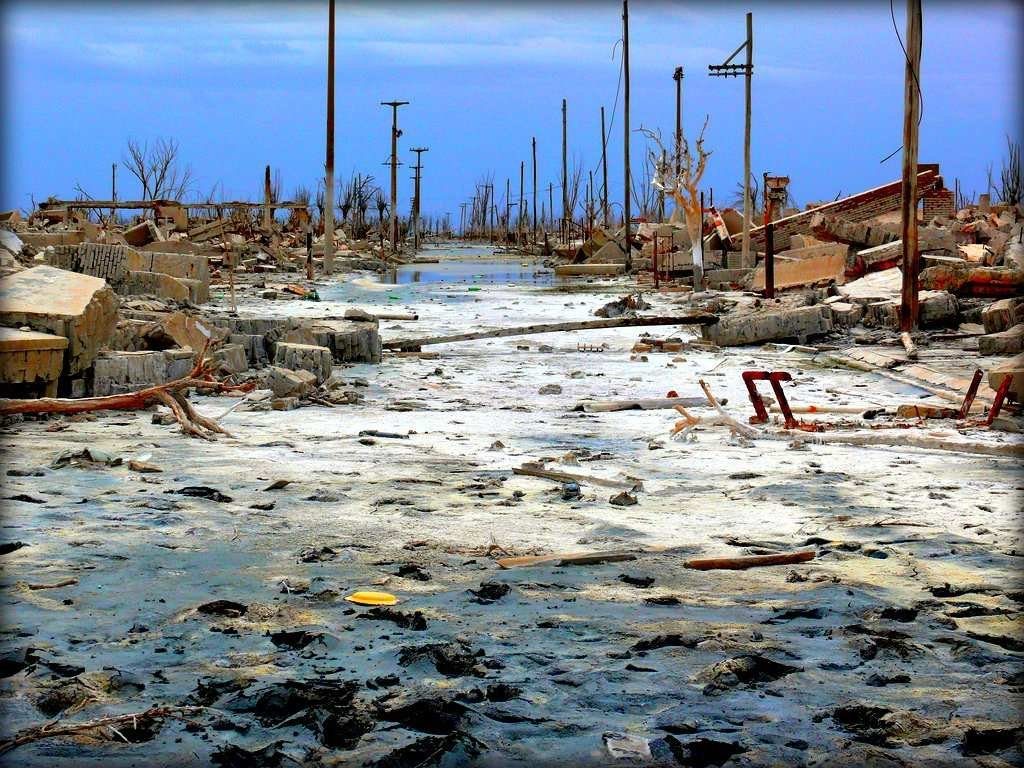 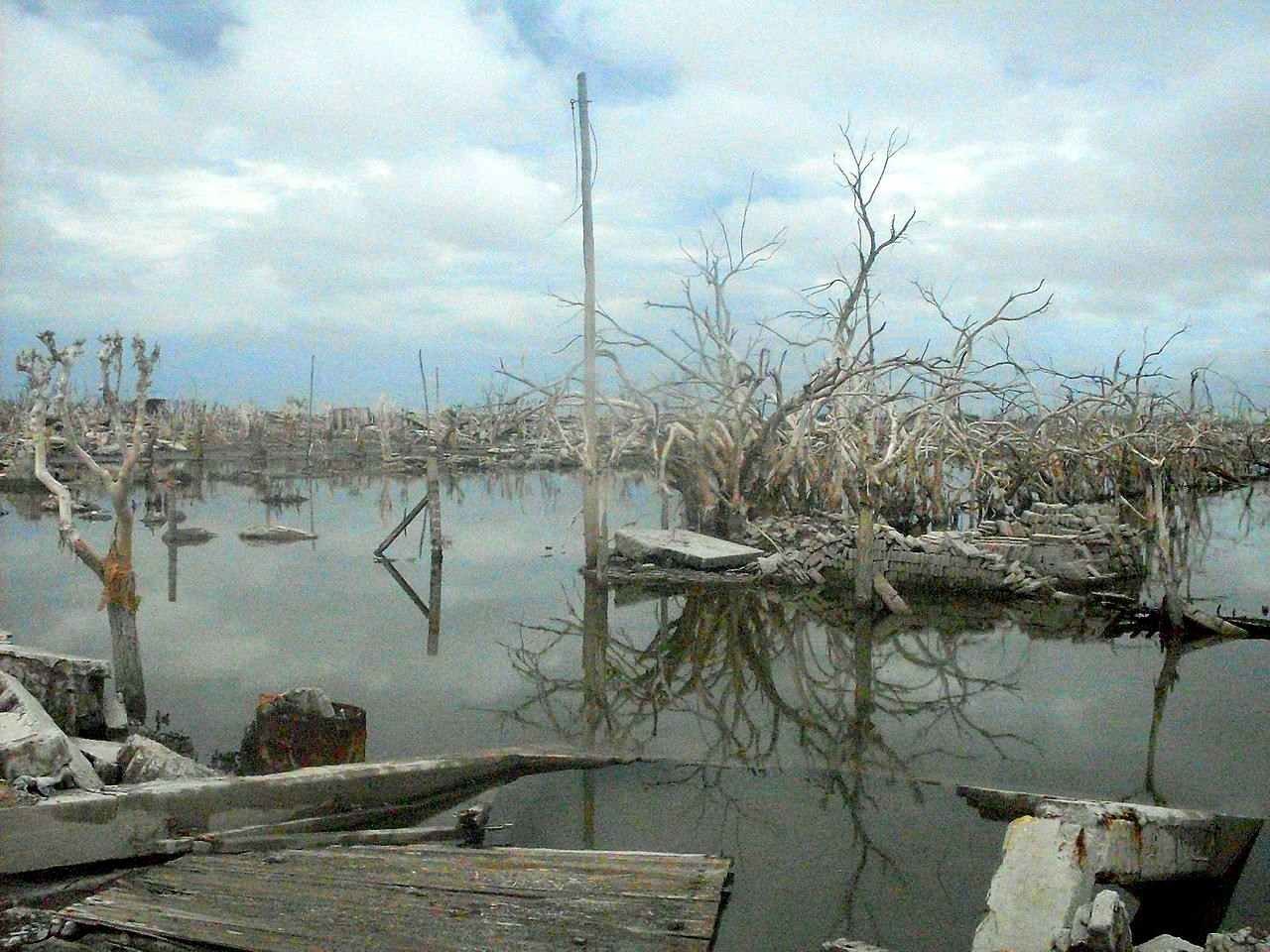 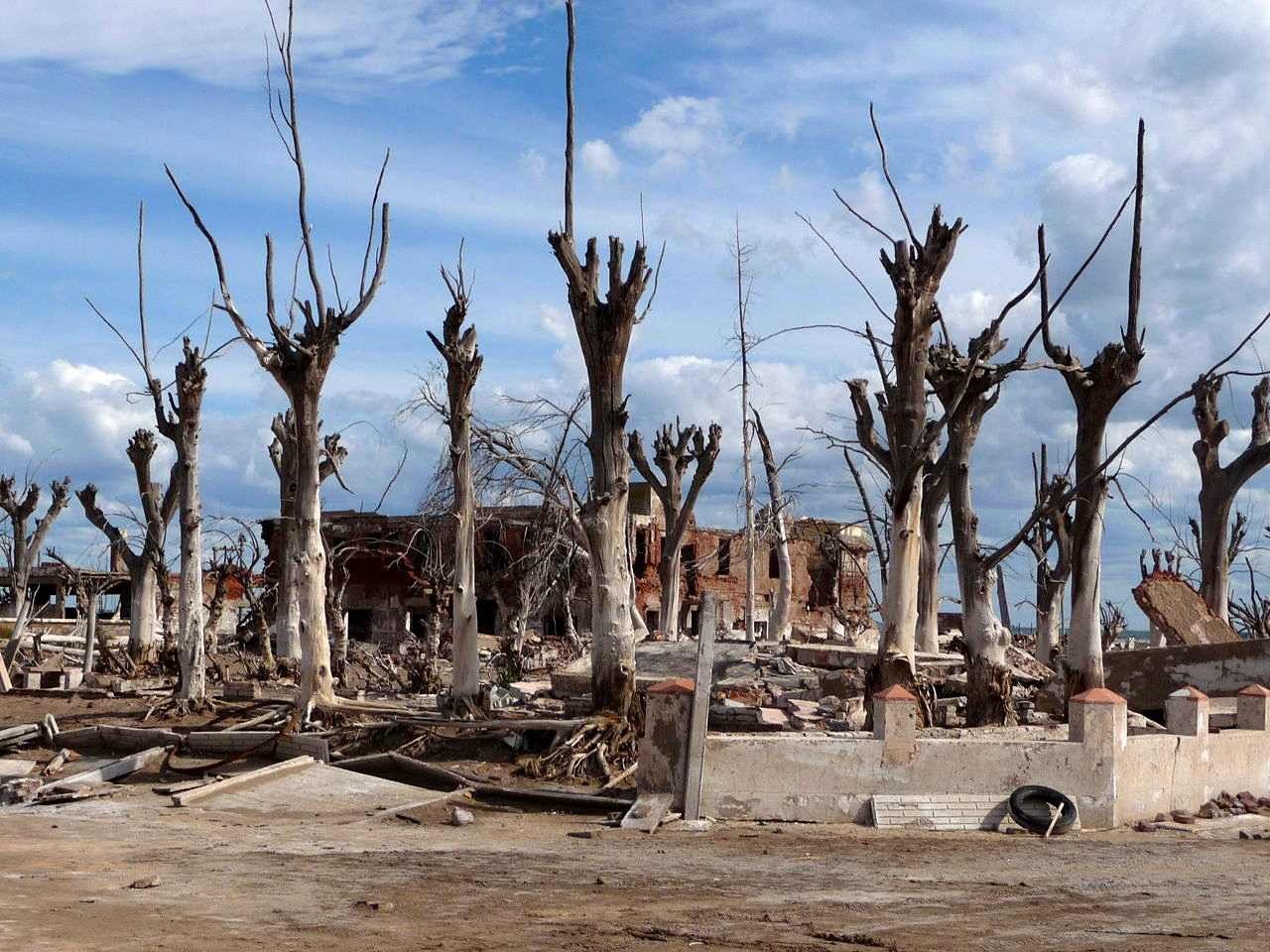 Only one man, Pablo Novak, lives in the town now and spends his days riding around the ruins on his bike. Novak, born in 1930, returned to his home in 2009 when the waters receded after covering the town for 25 years. Pablo’s Villa, a 2013 documentary, chronicles the life of the town and of Novak.

From 1997 the level of the lake began to drop and the ruins began to resurface. By the year 2000 they began to be exploited as a tourist place to remember its history and remain in the memory of who ever knew it.

Currently the area can be visited and those who know it emphasize that it seems a “phantasmagorical” place because the salt of the sea gives a white tone to the ruins. Despite the fact that the ruins are somewhat sad for those who lived in the place, they have generated a unique attraction, there is no town that has suffered such a cataclysm and in which time afterwards it can travel through its streets.

Here’s Where Is Located Villa Epecuén On Google Maps:

Pablo’s Villa – The Story Of The Last Man of Epecuén: