The creepy tale of “The Expressionless”

“The Expressionless” is a story claimed to be a first-hand account from a female (sole) survivor of a bizarre mass murder at Cedars-Sinai Hospital in Los Angeles, June 1972 — a massacre which followed the arrival of a horrifying visitor whose blank, mannequin-like face earned her the title nickname.

The Legend Of The Expressionless: 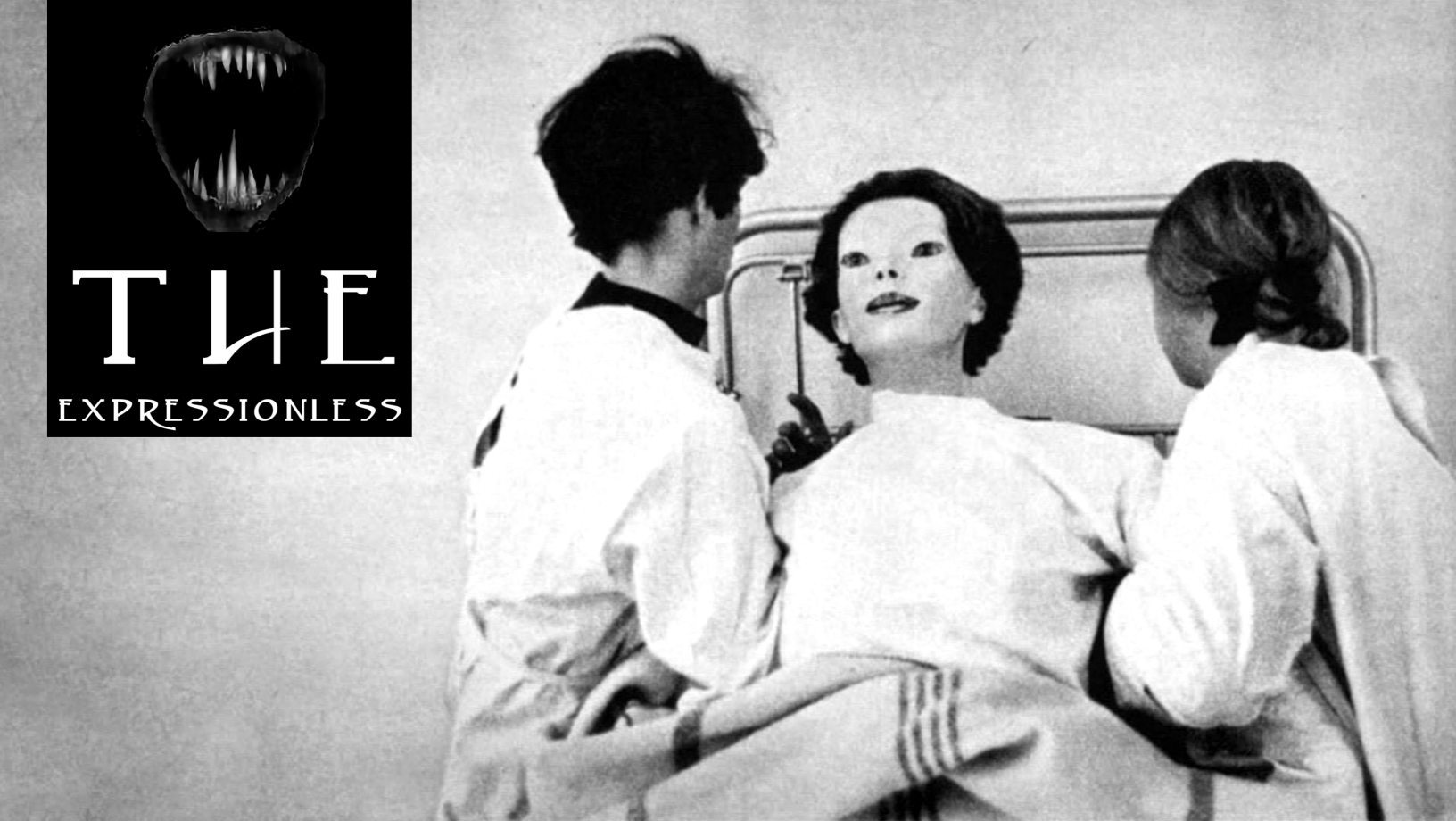 In June of 1972, a woman appeared in Cedar Senai hospital in nothing but a white gown covered in blood. Now this in itself should not be too surprising as people often have accidents nearby and come to the nearest hospital for medical attention. But there were two things that caused people who saw her to vomit and flee in terror.

The first, being that she wasn’t exactly human. she resembled something close to a mannequin, but had the dexterity and fluidity of a normal human being. Her face was as flawless as a mannequin’s, devoid of eyebrows and smeared in make-up.

From the moment she stepped through the entrance to when she was taken to a hospital room and cleaned up before being prepped for sedation, she was completely calm, expressionless and motionless.

The doctors had thought it best to restrain her until the authorities could arrive and she did not protest. They were unable to get any kind of response from her and most staff members felt too uncomfortable to look directly at her for more than a few seconds.

But the second member of the staff tried to sedate her, she fought back with extreme force. Two members of staff holding her down as her body rose up on the bed with that same, blank expression.

She turned her emotionless eyes towards the male doctor and did something unusual. She smiled.

As she did, the female doctor screamed and let go out of shock. In the womans mouth were not human teeth, but long, sharp spikes. Too long for her mouth to close fully without causing any damage…

The male doctor stared back at her for a moment before asking, “What in the hell are you?”

She cracked her neck down to her shoulder to observe him, still smiling. There was a long pause, the security had been alerted and could be heard coming down the hallway. She stood up and leaned over him, her face coming dangerously close to his, they said, “I…am….God….”

As he went into shock with fear, she calmly walked away. The female doctor named the woman “The Expressionless.” There was never a sighting of her again.

The Truth Behind The Story:

This story, sometimes with more or less details, has been on the internet since almost a decade. Snopes.Com speculates the origin point is Creepypasta. Obviously it’s an urban legend, and the event never happened in reality. Cedar Senai is a hospital in Los Angeles that has been around for awhile, making it a good choice to locate the action at, and perhaps indicating the original author is from the Los Angeles area.

The thing that drives this story is the picture with a expressionless figure but it’s not that what the story implies. It is in fact a photo with a caption “Student nurses with a waxworks patient,” which was taken in 1968 by Lord Snowdon — Anthony Armstrong-Jones, 1st Earl of Snowdon — an English photographer and film maker. The photo was first published in Snowden’s 1972 book Assignments. The picture is likely what inspired the story. Note that the year of the attack in the story is the same as the book’s publication — 1972.

There’s a short film based on this legend, with the same name “The Expressionless” where the mysterious lady could be seen biting doctor, staff and security man in the last.

Meet Lynlee Hope Boemer, the baby who was born twice!