The Lizard Man of Scape Ore Swamp, or widely known as the Lizard Man of Lee County is an entity said to inhabit the swampland of Lee County, South Carolina, United States. First mentioned in the late 1980s, the purported sightings and damage attributed to the creature sought huge attention from the whole American community.

Contents -
The Lizard Man of Lee County:
Christopher Davis’ Account:
The Account Of Kenneth Orr:
Another Blood Trace:
An Unusual Pattern Of Deaths:

The Lizard Man of Lee County: 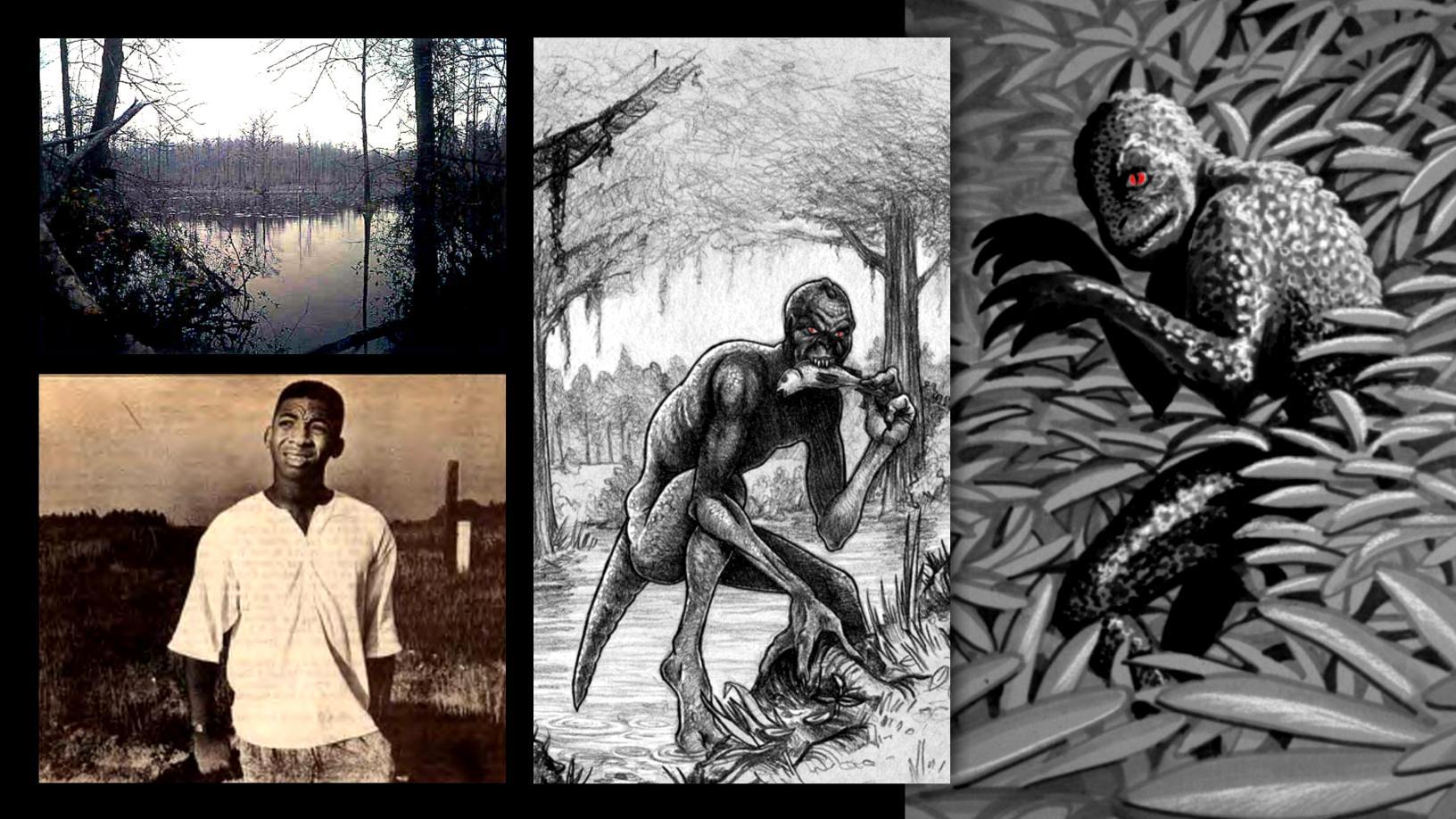 On July 14, 1988, the Lee County sheriff’s office investigated a report of a car damaged overnight while parked at a home in the area of Browntown outside Bishopville, South Carolina, on the edges of the Scape Ore Swamp. The car reportedly had toothmarks and scratches with hair and muddy footprints left behind. Sheriff Liston Truesdale noted this was the start of various claims that eventually coalesced into a story about a lizard man in the Lee County swampland.

Prompted by the news of the vehicle damage, 17-year-old local Christopher Davis reported to the sheriff that his car was damaged by a creature he described as “green, wetlike, about 7 feet tall and had three fingers, red eyes, skin like a lizard, snakelike scales” two weeks prior. According to Davis, he was driving home from working the night shift at a fast-food restaurant when his car got a flat tire. After fixing it, he saw a creature walking toward him.

Here’s how Davis described the encounter to the Houston Chronicle after the story had gained national attention:

“I ran into the car and as I locked it, the thing grabbed the door handle. I could see him from the neck down — the three big fingers, long black nails, and green rough skin. It was strong and angry. I looked in my mirror and saw a blur of green running. I could see his toes, and then he jumped on the roof of my car. I thought I heard a grunt, and then I could see his fingers through the front windshield, where they curled around on the roof. I sped up and swerved to shake the creature off.”

Davis applied his brakes, causing the creature to roll off the car, finally giving him enough time to escape.

People began to call the strange creature “Lizard Man.” The increase in newspaper and media publicity of “Lizard Man” prompted further reports of sightings, and the area soon became a tourist attraction for visitors and hunters. Local radio station WCOS offered a $1 million reward to anybody who could capture the creature alive.

On August 5, Kenneth Orr, an airman stationed at Shaw Air Force Base, filed a police report alleging that he had encountered the Lizard Man on highway 15, and he had shot and wounded it. He presented several scales and a small quantity of blood as evidence.

However, Orr recanted this account two days later when he was arraigned for unlawfully carrying a pistol and the misdemeanour offence of filing a false police report. According to Orr, he had hoaxed the sighting in order to keep stories about the Lizard Man in circulation. Reports of the creature gradually declined at the end of the summer. Local law enforcement officials speculated that the sightings were likely to have been caused by a bear.

In 2008, the Lizard Man legend was mentioned in a news story about a couple in Bishopville, South Carolina who reported damage to their vehicle, including blood traces. The investigation reports concluded that the blood traces were from a domestic dog, though the local sheriff suggested it might have been a coyote or wolf.

An Unusual Pattern Of Deaths:

The most popular character in the “Lizard Man” legend, Christopher Davis isn’t around to tell us the tale anymore. He was murdered in his home in 2009. In his seminal 2013 cryptozoological book, Lizard Man: The True Story of the Bishopville Monster, author Lyle Blackburn mentions that a few other Lizard Man witnesses have died of unnatural causes, establishing what he calls “a peculiar pattern of death surrounding anyone who had seen the Lizard Man.”