Hiroo Onoda, a Japanese soldier who refused to surrender 29 years after World War II ended and spent years in the jungle of Lubang Island near Luzon, in the Philippines, because he did not believe that the war had already ended. He was finally persuaded to emerge in 1974, after his ageing former commanding officer was flown in to see him. He was greeted as a hero on his return to Japan. 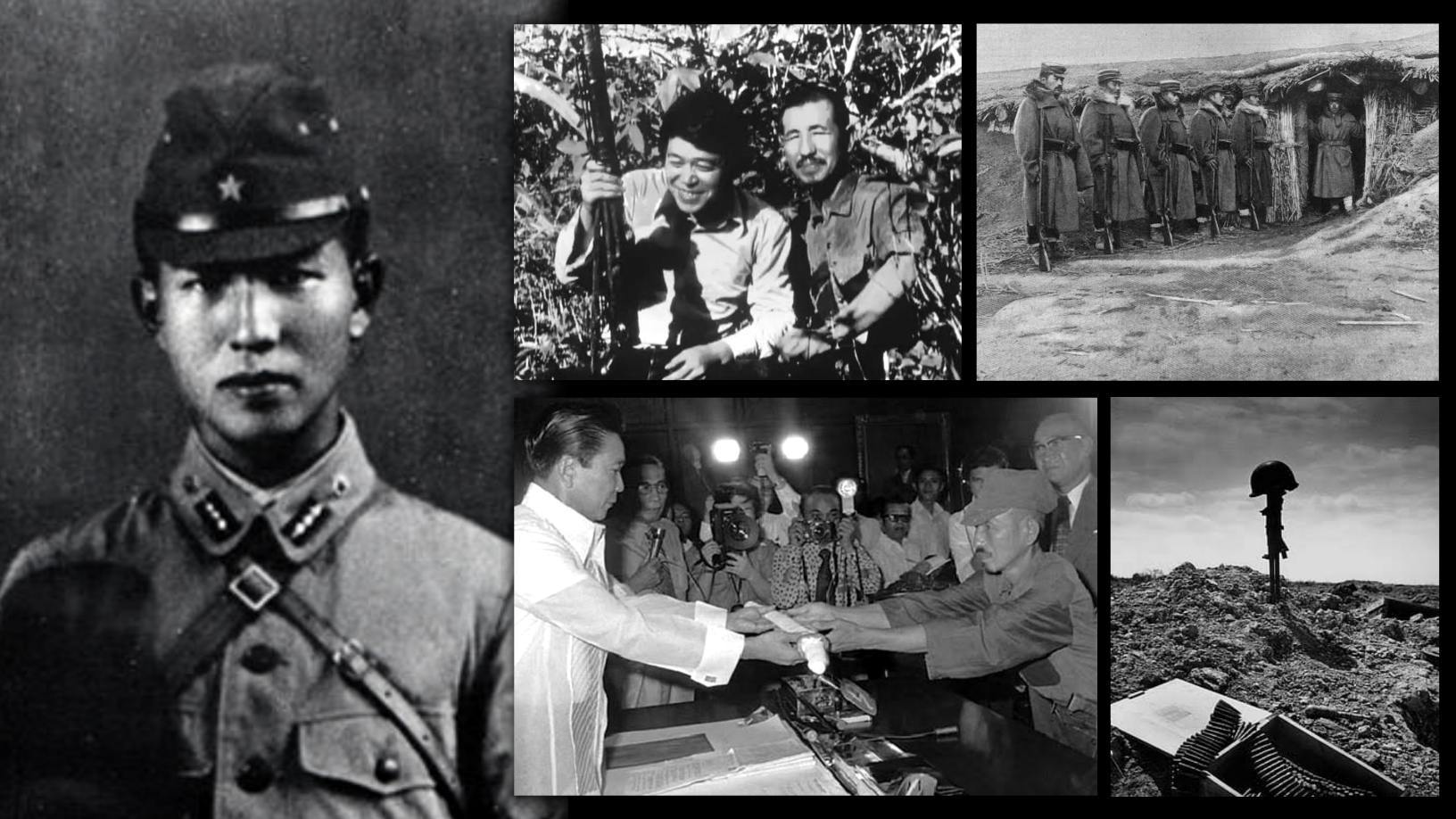 As World War II neared its end, Onoda, then a lieutenant, became cut off on Lubang as US troops came north.

The young soldier had orders not to surrender – a command he obeyed for nearly three decades. “Every Japanese soldier was prepared for death, but as an intelligence officer I was ordered to conduct guerrilla warfare and not to die,” Onoda said. “I became an officer and I received an order. If I could not carry it out, I would feel shame. I am very competitive.”

While on Lubang Island, Onoda surveyed military facilities and engaged in sporadic clashes with local residents. Three other soldiers were with him at the end of the war. One emerged from the jungle in 1950 and the other two died, one in a 1972 clash with local troops.

Onoda ignored several attempts to get him to surrender. He later said that he dismissed search parties sent to him, and leaflets dropped by Japan, as ploys. “The leaflets they dropped were filled with mistakes so I judged it was a plot by the Americans,” Onoda said.

Hiroo Onoda Was Finally Found In The Jungle Of Lubang Island:

In 1974, Norio Suzuki, a Japanese explorer and adventurer, searched for and found Hiroo Onoda, one of the last remaining Japanese holdouts who had refused to surrender after the end of World War II in 1945.

In 1972, after four years of wandering the world, 23-year-old Suzuki decided to return to Japan and found himself surrounded by Hiroo Onoda’s scattered story what he felt as “fake.”

Two years later, the Japanese media reported that a Japanese imperial soldier Kinshichi Kozuka, was shot to death on an island in the Philippines on October 19th of 1972. Kozuka had been part of a guerilla “cell” originally consisting of himself and three other soldiers.

Of the four, Yuichi Akatsu had slipped away in 1949 and surrendered to what he thought were Allied soldiers. Five years later, Siochi Shimada was killed in a shootout with a local patrol on the beach at Gontin.

Hiroo Onoda had long since been declared dead, the Japanese authorities assuming that he and Kozuka could not have survived all these years in the jungle. They were forced to re-think this when Kozuka’s body was returned to Japan. This prompted a series of search efforts to find Lt. Onoda, all of which ended in failure.

Suzuki then decided to search for the officer. He expressed his decision in this way: He wanted to search for “Lieutenant Onoda, a panda, and the Abominable Snowman, in that order.”

In 1974, Suzuki encountered Onoda, who was wearing a tattered military uniform on Lubang Island in the Philippines. He had survived a solitary life for two years after he lost the last of his two comrades.

When Onoda was first discovered, he was ready to shoot Suzuki at first sight, but fortunately, Suzuki had read all about the fugitive and quickly said: “Onoda-san, the emperor and the people of Japan are worried about you.” Onoda described this moment in a 2010 interview: “This hippie boy Suzuki came to the island to listen to the feelings of a Japanese soldier. Suzuki asked me why I would not come out…”

Onoda would not be relieved of his duties unless officially ordered to do so. After extended conversations, Onoda agreed to wait for Suzuki to return with his former commanding officer (who was now an old man working in a bookstore) to give the order to surrender. Onoda said, “I am a soldier and remain true to my duties.”

“I sincerely believed that japan would not surrender so long as one japanese remained alive.”…”Suddenly everything went black. a storm raged inside me. I felt like a fool for having been so tense and cautious on the way here. Worse than that, what had I been doing for all these years?” ― Hiroo Onoda

In March 1974, Suzuki finally returned with Onoda’s former commander, who officially relieved him of his duties. Then he surrendered, was pardoned by Philippine President Ferdinand Marcos, and became free to return to Japan. Although many in Lubang never forgave him for the 30 people he killed during his campaign on the island.

Onoda saluted the Japanese flag and handed over his Samurai sword while still wearing his tattered army uniform.

After finding Onoda, Suzuki quickly found a wild panda, and claimed to have spotted a yeti from a distance by July 1975, hiking in the Dhaulagiri range of the Himalayas. Suzuki died in November 1986 in an avalanche while searching for the yeti. His remains were discovered a year later and returned to his family.

Onoda was so popular following his return to Japan that some people urged him to run for the National Diet (Japan’s bicameral legislature). He also released an autobiography, No Surrender: My Thirty-Year War, shortly after his return, detailing his life as a guerrilla fighter in a war that was long over.

The Japanese government offered him a large sum of money in back pay, which he refused. When money was pressed on him by well-wishers, he donated it to Yasukuni Shrine.

In April 1975, he followed the example of his elder brother Tadao and left Japan for Brazil, where he raised a ranch. He married in 1976 and assumed a leading role in Jamic Colony, the Japanese community in Terenos, Mato Grosso do Sul, Brazil. Onoda also allowed the Brazilian Air Force to conduct trainings in the land that he owned.

After reading about a Japanese teenager who had murdered his parents in 1980, Onoda returned to Japan in 1984 and established the “Onoda Nature School” educational camp for young people, held at various locations in Japan, where he also conducted a series of survival training there.

On January 16th of 2014, Hiroo Onoda died of heart failure at St. Luke’s International Hospital in Tokyo, due to complications from pneumonia.

Onoda was one of the last Japanese soldiers to surrender at the end of World War II. Private Teruo Nakamura, a soldier from Taiwan who served in the Japanese army, was found growing crops alone on the Indonesian island of Morotai in December 1974. Nakamura was repatriated to Taiwan where he died in 1979.