The jinxed Grand Paradi towers: A string of bizarre suicides!

Grand Paradi Towers, the three 28-storeyed pista green-and-white towers stand out prominently amid a crop of less imposing buildings in the South Mumbai skyline, being a well-recognized landmark of that region. It’s considered to be one of the most desirable places to call home in Mumbai, the megacity of India. 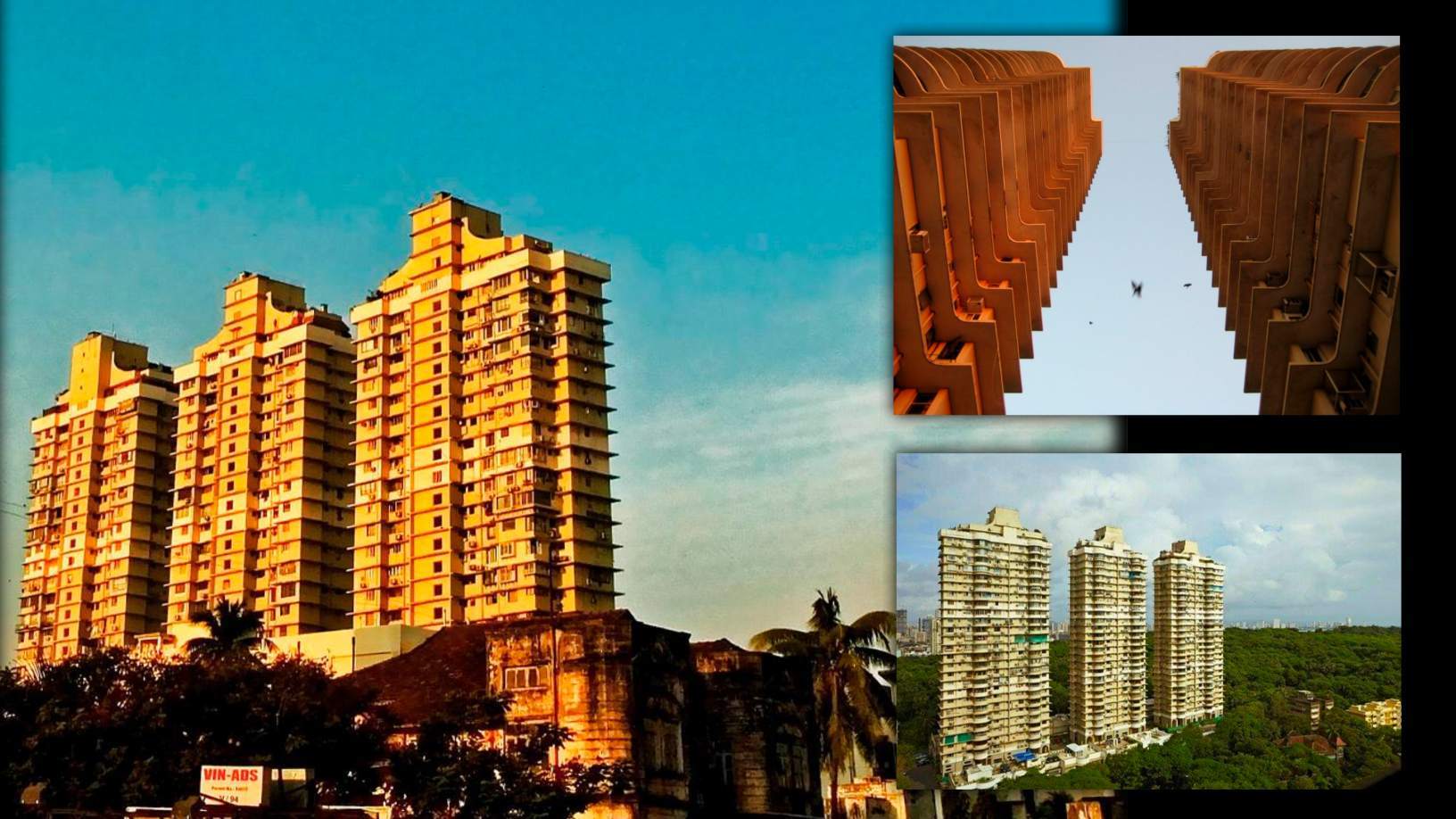 However, this great reputation has been tarnished by a large number of unusual deaths ― especially the bizarre suicide cases caused by jumping from a particular balcony ― most of which are still unsolved. Furthermore, it all happened within a short period.

The Story Of Grand Paradi Towers:

Grand Paradi Towers apartments were built in 1975 and opened the following year. The site, where the buildings are situated, is thought to be one of Mumbai’s most desirable addresses. Many families of successful Gujarati, Marwari and Sindhi businessmen, diamond merchants and anyone else who can afford quite substantial price tags have found their homes in the three towers at Kemps Corner.

Grand Paradi Towers offer one of the most spectacular views of the city with stunning city lines, reservoirs and grounds covered with green trees. An apartment in Grand Paradi is indicative of enviable wealth and status. But the one thing that suppresses all its enjoyment is “suicide” ― a string of bizarre suicides.

One of these is a large number of single events ― a girl named Charisma whose family would not accept the boy she liked because of her low social status, jumped to her death. A maid, unhappy with her position in life, also jumped. An employee at a brewery company also jumped to his death. Since its construction, dozens of people have jumped to their deaths from the towers.

However, between 1998 and 2005, the most tragic yet mysterious suicide cases of Dalal family took place in a sequence, in the Grand Paradi Towers that made it infamous all over the country. Three generations of the family died jumping off the balcony. Although the facts of this sequence of deaths were well known, it is these suicides that sought the attention of everyone, from media to judiciary to the common people of India. The incidents led many to believe there was something unworldly at the place.

The Case Of Dalal Family: Three Generations Of One Family Jump!

On June 14, 1998, Vasadeo and Tara Dalal jumped from their eighth-floor balcony, ending their lives. It did not take long to discover the reason why this elderly couple jumped, as they left behind a suicide note. The note contained details of how they were fed up with their son Balkrishna (48) and daughter-in-law Sonal (45) harassing and abusing them.

The son, Balkrishna, and daughter, Sonal, were put up on charges of abetment on the basis of the suicide note. The court case was quite drawn out, but was finally to reach resolution seven years later in 2005. However, on the day of the verdict, the accused, who had not missed a day of the trial, were not present. At 6:20 am that morning Balkrishna and Sonal Dalal jumped from the balcony of that same eighth-floor apartment, ending their own lives for fear of being found guilty and convicted.

They did not jump alone as their 19-year-old daughter Pooja also went with them, the three holding hands as they stepped into eternity. Three generations of the Dalal family took their lives into their own hands, ending them over a short period of time, all from the one balcony.

Within this time period, a number of other suicide related incidents occurred in the Grand Paradi Towers. Narayan Ramchander (36), a domestic servant in the building, threatened to jump off the parapet of the 19th-floor apartment in a 10-hour suicide drama after he was accused of stealing by his employers.

Mr. Jain, an employee with a brewery company, in his early forties, committed suicide, some time in 2000. Another account tells a mother threw her children first then herself from Grand Paradi’s notorious balcony and all died on the spot.

It was this series of deaths that caused many of the occupants of the Grand Paradi Towers to believe there was something negative, something supernatural going on at the towers.

Strange encounters have been reported in the halls of the Grand Paradi. Visions of people appearing and disappearing, unexplained voices and sounds, and of course the widely reported feeling of foreboding, especially on the eighth floor of the ‘B’ wing.

A series of prayer rituals were carried out to settle the restless spirits thought to still linger in the towers, and since taking place the supernatural activity has ceased. However no one has moved into the Dalal’s apartment, and it still sits empty.

Tower Of Silence – Behind The Hauntings Of Grand Paradi:

Out the back of the towers is a forest, ancient land, and in this forest is what is known as a “Tower of Silence.”

Tower of Silence, also called the Dakhma, is a circular, raised structure built by Zoroastrians for excarnation ― that is, for dead bodies to be exposed to carrion birds, usually vultures. The Zoroastrian Parsi community offers its deads to vultures rather than burying and burning them.

Zoroastrian exposure of the dead is first attested in the amid of the 5th century BC Histories of Herodotus, but the use of towers is first documented in the early 9th century CE.

The top of the tower is flattened and surrounded by a low wall. This upper level is divided into three concentric rings into which the deceased are placed – Men in the outer ring, women in the middle and children in the centre.

Zoroastrian religion considers a dead body to be unclean, that is potential pollutants. Specifically, the corpse demon is believed to rush into the body and contaminate everything it came into contact with, hence they have rules for disposing of the dead as “safely” as possible.

To preclude the pollution of earth or fire, the bodies of the dead are placed atop a tower—a tower of silence—and exposed to the sun and to birds of prey, halting the demon in their activity. Thus, putrefaction with all its concomitant evils is most effectually prevented.

Coincidentally or not, the “Tower of Silence” is situated within 200 metres of the Grand Paradi Towers. Many paranormal researchers have suggested it to be the cause for the high number of suicides, and the strange activity that was once reported there. That these ‘corpse demons’, unable to taint the remains of the dead, instead took delight in breaking the living.

Here’s Where Is Located Grand Paradi Towers On Google Maps:

Have you heard of Ronald Opus and the strangest suicide case in American History?

The Lizard Man of Scape Ore Swamp: The story of the glowing red eyes