16 eerie coincidences that you won’t believe are true!

A coincidence is a remarkable concurrence of events or circumstances that have no apparent causal connection with one another. Most of us have experienced some sort of coincidence in our lives. Such events truly give us an amazing experience that will never be forgotten. But there are some creepy types of coincidences and plot twists that are truly hard to believe.

Here in this list-article, you will definitely find some of those creepiest coincidences:

1 | Hugh Williams: The Name That Survived

This name is one of the most infamous names throughout voyage history and shipwrecks. The triggering event of the creation of this creepy occurrence circulating this name was in 1660 when there was an awful shipwreck in the Dover Straits. When rescuers came to the scene, the only man that survived this tragedy was Hugh Williams. The next event happened in 1767 where there was another tragic shipwreck that happened to be in the same area as the one in 1660. It was revealed that the only survivor was a man named Hugh Williams.

The creepy coincidence of these two survivors having the same name doesn’t stop there. In 1820, a ship capsized on the Thames, leaving there to be only one survivor by the name of Hugh Williams. The ending of this creepy coincidence was in 1940 where a ship was destroyed by a German mine. Again, as rescuers came to the scene, there were surprisingly only two survivors from this tragic event. The two survivors happened to be uncle and nephew, and oddly enough, both of their names were Hugh Williams.

Mary Ashford and Barbara Forrest, both 20 years old, shared the same birth-dates. They both were raped then strangled to death on May 27, but 157 years apart. In the final hours of their lives, both women went to a dance, met a friend, and were killed in England’s Pype Hayes Park by men whose last name was Thornton. In both the cases, the accused was acquitted. These strange killings happened on May 27th, 1817 and 1974 exactly 157 years apart.

Joseph Figlock was sweeping an alley in Detroit in 1937 when a baby, David Thomas, fell from a fourth-storey window. Figlock broke his fall and the baby survived. One year later, the exact incident took place and it was again Figlock who saved the same baby falling from the same window!

The Narrative of Arthur Gordon Pym of Nantucket is a popular book written by Edgar Allan Poe which tells a story of ‘three’ shipwreck survivors. Actually, in the story, the sailors could only survive because they ate their fourth mate named Richard Parker. In 1884, a group boarded Mignonette in Southampton and crashed in Atlantic. Only ‘three’ men survived and only because they ate their fourth friend and his name was Richard Parker!

6 | West Side Baptist Church Incident: An Escape From The Death!

In Beatrice, Nebraska, the West Side Baptist Church held choir practice every Wednesday at 7:20 PM. People were expected to be there on time and not a minute later because this church was known to start their choir practices precisely at 7:20 PM and not a minute later. Ironically, though, on Wednesday, March 1st, 1950, the church underwent a tragic demise at it exploded. The cause of this explosion was because of a gas leak somewhere within the church. The creepy coincidence in this story is that all 15 members of the choir, as well as the choir director, were unharmed because, for different reasons, they were all running late that evening. The church exploded at 7:27 PM.

Violet Constance Jessop was an ocean liner stewardess and nurse in the early 19th century, who is known for surviving the disastrous sinkings of both the RMS Titanic and her sister ship, the HMHS Britannic, in 1912 and 1916 respectively. In addition, she had been onboard the RMS Olympic, the eldest of the three sister ships, when it collided with a British warship in 1911. She is popularly known as “Miss Unsinkable.”

In the 19th century, there was a renowned but unhappy Australian portrait artist by the name of Joseph Matthäus Aigner who attempted suicide several times. At first, he attempted at his young age of 18 when he tried to hang himself but was somehow interrupted by a Capuchin monk who mysteriously appeared there. At age 22, he tried the same thing for the second time, but once again he was saved by the very same monk.

Eight years later, his death was ordained by way of others who sentenced him to the gallows for his political activities. Now again, his life was saved by the intervention of the same monk. At age 68, Aigner finally succeeded in suicide, a pistol doing the trick. And the surprising thing is that his funeral ceremony was also conducted by the same Capuchin monk ― a man whose name Aigner never even knew.

When the great American writer Mark Twain was born on November 30, 1835, Halley’s comet appeared in the skies. Mark later quoted, “It will be the greatest disappointment of my life if I don’t go out with Halley’s Comet.” He died of a heart attack on April 21, 1910, the day after the next Halley’s comet crossed the skies.

10 | The Case Of The Finnish Twins 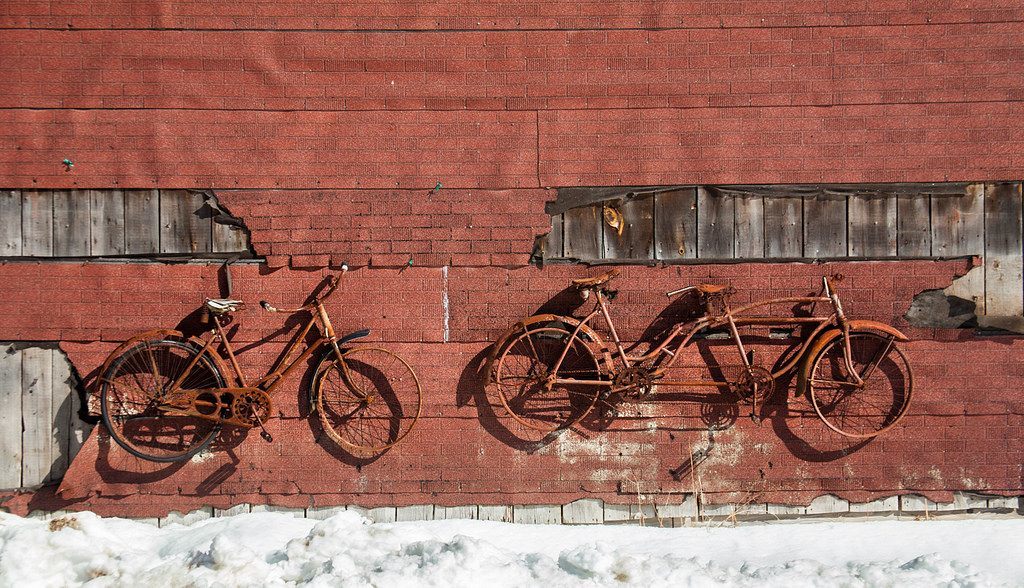 This one isn’t a well-known case, but it really should be. In 2002, two 70-year-old Finnish twin brothers were killed by trucks while riding bicycles in a snowstorm. Here’s the weird part: they died in separate accidents on the same road, only about a mile apart. It gets weirder: the second twin was killed about two hours after the first, before he had even learned of his twin’s death.

11 | The Story Of King Umberto

This creepy coincidence has a bone-chilling storyline. On July 28th, 1900, King Umberto I of Italy decided to go out to dinner that night and went to a small restaurant in Monza. During his time here, the owner took the King’s order and was ironically called Umberto as well. As the order was being taken, the King and the owner slowly realized that the two of them were apparent virtual doubles. As the night went on, both men sat down with one another and soon discovered that they had more similarities than differences.

For starters, both of these men were married on the same day, which was March 14th, 1844 and happened to have their weddings in the same town named Turin. This tale of a creepy coincidence runs deeper as they discovered that they both married a woman named Margherita and that the restaurant had opened the same day Umberto became King. After a self-discovering night for the two Umberto’s the King sadly discovered that the restaurant owner had tragically died in what some called a mysterious shooting. The King then expressed his regret to a crowd, and this is where an anarchist in the group rose from the crowd and assassinated the King.

In 1893, a man named Henry Ziegland from Honey Grove, Texas jilted his sweetheart who killed herself afterwards. Her brother tried to avenge her by shooting Ziegland but the bullet only grazed his face and buried itself in a tree. The brother, thinking he had killed Ziegland, committed suicide at once. In 1913, Ziegland was cutting down the tree with the bullet in it — it was a tough job so he used dynamite, and explosion sent the old bullet through Ziegland’s head — killing him. However, many say it’s a hoax, since there’s no evidence to prove that any person by the name of “Henry Ziegland” ever lived in Texas.

13 | The Twin Brothers Tragedy In Bermuda

In July 1975, a 17-year-old boy named Erskine Lawrence Ebbin was knocked off his moped and killed by a taxi in Hamilton, Bermuda. Ebbin’s 17-year-old brother Neville had also died on the same street in the same way while riding the same exact moped in July the previous year. To everyone’s surprise, it was soon discovered that the same exact taxi driver had killed the two brothers and was also carrying the same exact passenger. 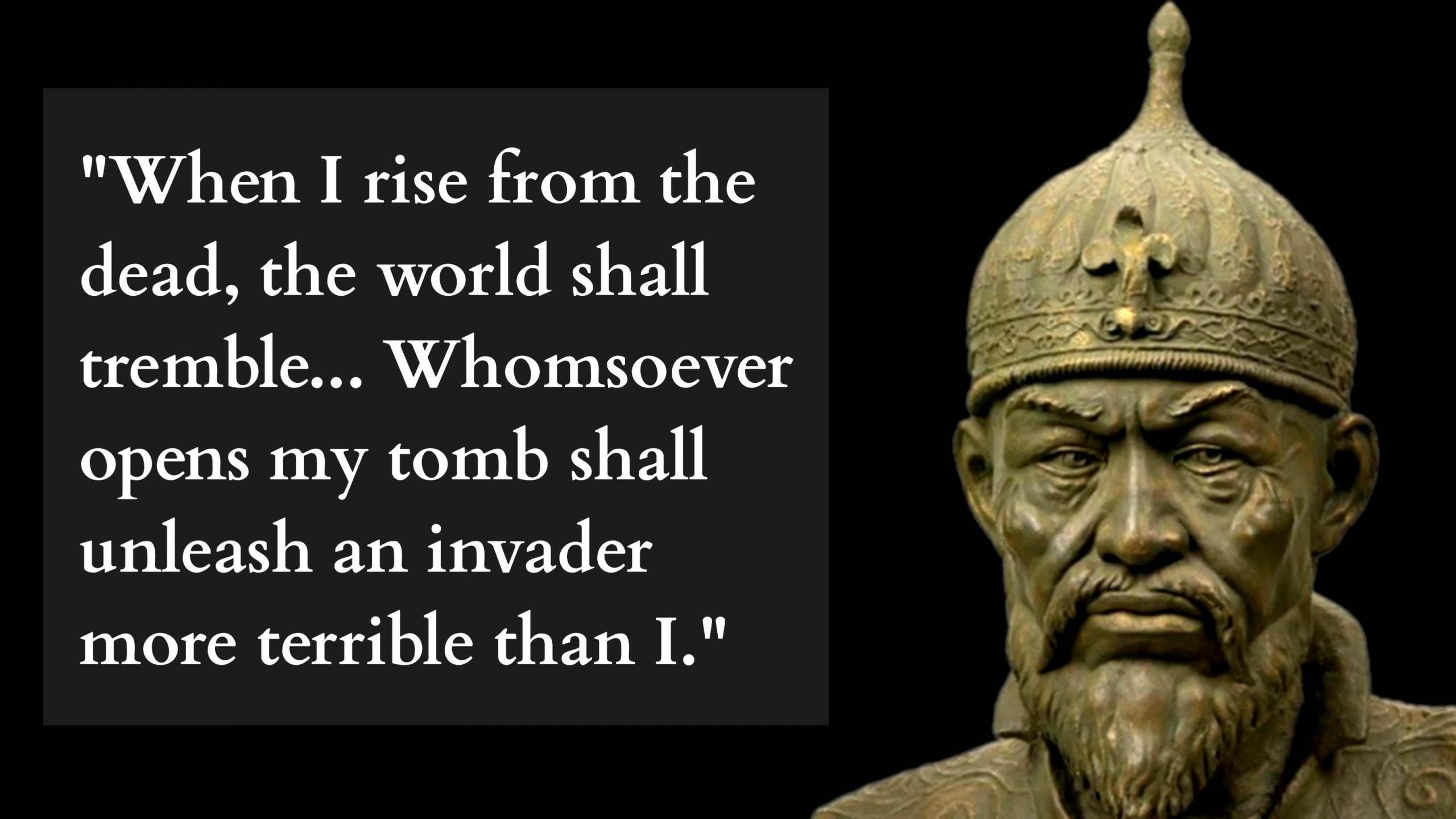 Tamerlane was a famous Turco-Mongol conqueror in the fourteenth century. His tomb was excavated in 1941 by Soviet scientists and what they found in it was eerie, to say the least. A message inside the tomb read: “When I rise from the dead, the world shall tremble… Whomsoever opens my tomb shall unleash an invader more terrible than I.”

15 | The Man Who Survived The Both Atomic Explosions

Tsutomu Yamaguchi was a resident of Nagasaki, who was in Hiroshima on business for his employer Mitsubishi Heavy Industries when the city was bombed at 8:15 AM, on August 6, 1945. He returned to Nagasaki the following day and, despite his radiation wounds, he returned to work on August 9. It was the day when the second bomb was dropped on Nagasaki and Yamaguchi managed to survive that too. He died of stomach cancer on January 4, 2010, at the age of 93.

16 | The Prediction Of The Titanic Disaster

The similarities are: First, the ship names are just two letters off ― Titan vs Titanic. They were also said to be almost the same size, and both sank in April, due to an iceberg. Both ships had been described as unsinkable, and, sadly, both had just over the legally required amount of lifeboats, which were nowhere near enough.

The author was accused of being a psychic, but he explained that the uncanny similarities were simply a product of his extensive knowledge, saying, “I know what I’m writing about, that’s all.”

The Jim Twins Of Ohio

This case isn’t eerie but just totally strange. Jim Lewis and Jim Springer were twins separated at birth. Both adoptive families named their boys James, and they both came to be named Jim for short. Both boys grew up and became law enforcement officers. Both had training in mechanical drawing and carpentry and both ended up marrying women named Linda. They both had sons, one named James Alan and the other James Allan. The twin brothers divorced their wives and remarried—both to women named Betty. Both brothers owned dogs named Toy. It’s not ending here, they both chain-smoked Salem cigarettes, drove Chevys, and vacationed on the same beach In Florida. All this happened while they didn’t even know each other. The Jim Twins were finally reunited at age 39.

Gruesome, bizarre, and some unsolved: 44 of the most unusual deaths from history

The Nor' Loch ― A dark past behind the Edinburgh Castle