America is full of mystery and creepy paranormal places. Each state has its own sites to tell the creepy legends and dark pasts about them. And hotels, almost all the hotels are haunted if we ever peer through travellers’ true experiences. We already have written about those in an article here. 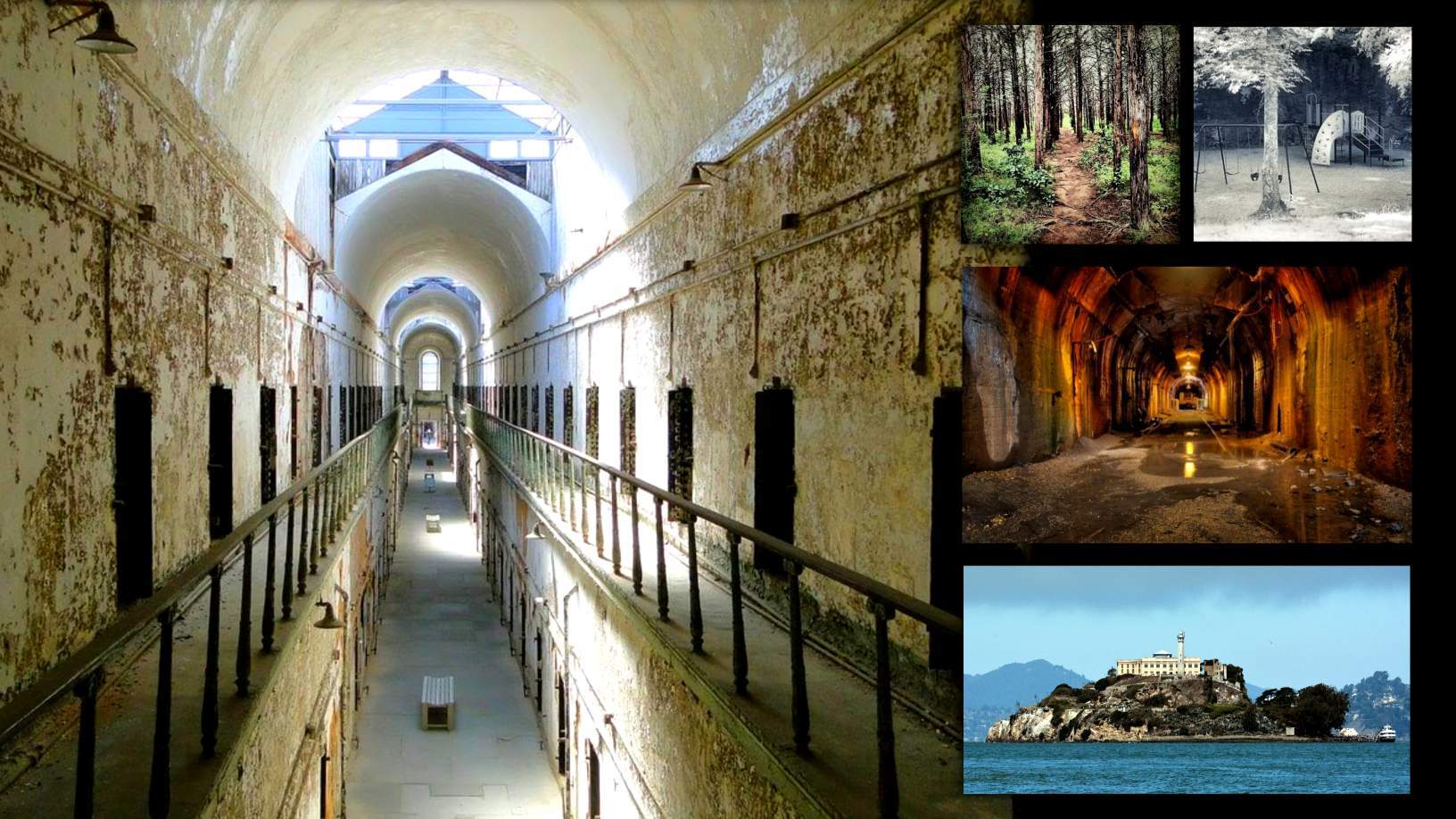 But today in this article, we will tell about America’s 13 most haunted places that we believe are the real gems in America’s paranormal history and what everyone searches for on the internet:

The Golden Gate Park of San Francisco is said to be home to two ghosts, one is a police officer who may try to give you a ticket. Locals claim they have received tickets, only to find he vanished into the thin air. The other ghost resides at Stow Lake known as the White Lady whose baby accidentally drowned in the lake and she too lost her life in the water to find her baby. Since then, she has been seen roaming there in search of her baby for more than a century. It is said that if you take a walk around Stow Lake at night she might come out of the lake and ask “Have you seen my baby?” Read More

Deep in the woods of central North Carolina, about 50 miles south of Greensboro, is a mysterious circle where no plant or tree will grow, nor will any animals cross its path. The reason? The 40-foot clearing is where the devil comes to stomp and dance every night — at least, according to the local legends.

The area has built up a quite eerie reputation over the years, with people claiming to see red eyes glowing there at night and placing their belongings in the circle in the evening, only to find them thrown back out the next morning.

Built in 1796 by General David Bradford, Myrtles Plantation is considered to be one of America’s most haunted sites. The house is rumoured to be on top of an Indian burial ground and is home to at least 12 different ghosts. Legends and ghost stories abound, including the tale of a former slave named Chloe, who had her ear chopped off by her master after she was reportedly caught eavesdropping.

She got her revenge by poisoning a birthday cake and killing two of the master’s daughters, but was then hung in the nearby wood by her fellow slaves. Chloe now reportedly wanders around the plantation, wearing a turban to conceal her severed ear. She is said to have even appeared as an apparition in a photograph taken by the plantation’s proprietress in 1992.

Hidden amongst the old beech trees within the limits of Maple Hill Cemetery in the Maple Hill Park, Huntsville lies a small playground known to locals as the Dead Children’s Playground. It is believed that at night, the children buried in the nearby century-old cemetery claim the park for their play. Read More

Built entirely out of stone in 1820, the oldest bridge in South Carolina is also one of the state’s most haunted spots. The Poinsett Bridge is believed to be frequented by the ghost of a man who died in a car accident there in the 1950s, as well as the ghost of an enslaved person. Another eerie legend tells of a mason who died during the construction and is now entombed inside. Visitors to the site have allegedly experienced everything from floating orbs and lights to disembodied voices.

The heavily forested Pine Barrens spans over one million acres and seven counties in New Jersey. The area thrived during the Colonial period, host to sawmills, paper mills, and other industries. People eventually abandoned the mills and surrounding villages when coal was discovered to the west in Pennsylvania, leaving behind ghost towns — and, some say, a few supernatural wanderers.

The most popular Pine Barrens resident is without a doubt the Jersey Devil. According to legend, the creature was born in 1735 to Deborah Leeds (her thirteenth child) with leathery wings, a goat’s head, and hooves. It flew up the Leeds’ chimney and into the Barrens, where it has reportedly been killing livestock — and creeping out South Jersey residents — ever since.

The St. Augustine Lighthouse is visited by nearly 225,000 people annually, but it is just as well-known for its otherworldly visitors. Several tragic events occurred at the now-historic site that have contributed to the alleged paranormal activity.

One of the first was when the lighthouse keeper fell to his death while painting the tower. His ghost has since been spotted watching over the grounds. Another event was the horrific death of three young girls, who drowned when the cart they were playing in broke and fell into the ocean. Today, visitors claim to hear the sounds of children playing in and around the lighthouse. 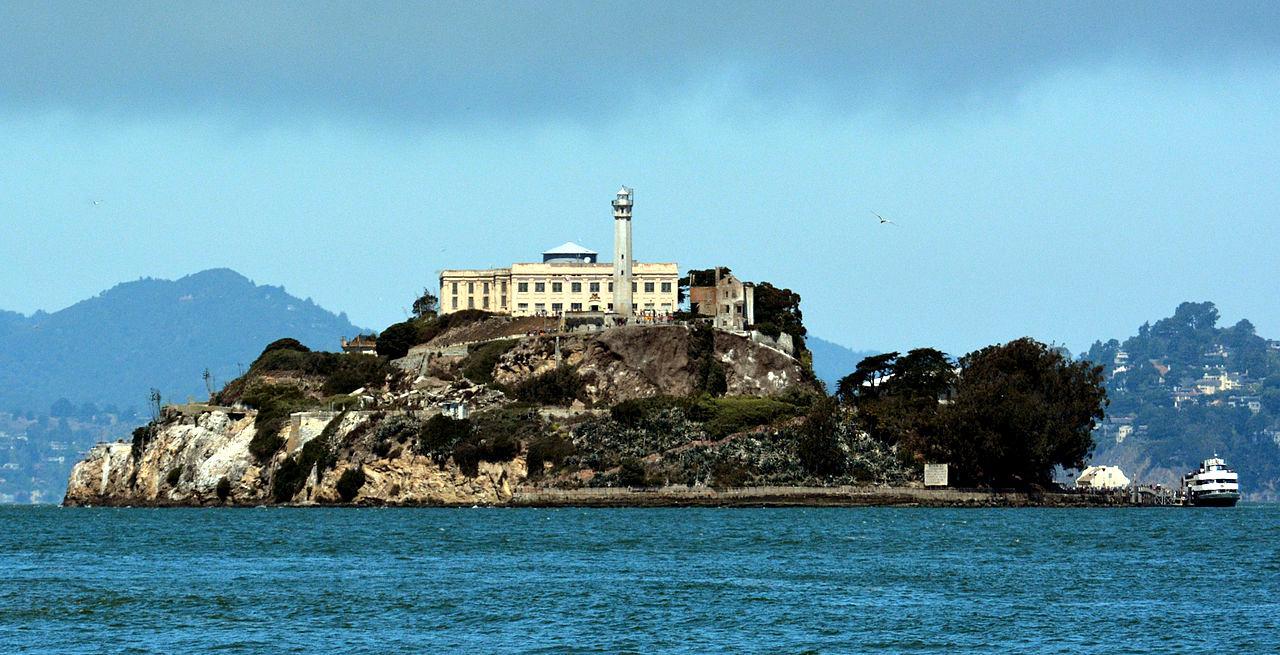 San Francisco is a vibrant city, famous for its colourful Victorian houses, charming cable cars and the iconic Golden Gate Bridge. But, there is also the infamous Alcatraz Island, famed for the notorious criminals who were once imprisoned there. Travellers can book a guided tour and learn everything about the prison’s infamous past. But, if you are brave enough, you can also pay a visit after dark, as night tours are available. And who knows, you may even hear the sounds of Al Capone’s banjo echoing through the cells.

Portland was one of the most dangerous ports in the United States during the early 19th century and was the epicentre of an illicit maritime practice known as shanghaiing, a form of human trafficking.

According to local lore, swindlers preyed upon unsuspecting men in the local saloons, which were often outfitted with trapdoors that deposited the victims directly into a network of underground tunnels. These men were then supposedly held captive, drugged, and eventually transported to the waterfront, where they were sold to ships as unpaid labourers; some worked for several years before finding their way back home. The tunnels are said to be haunted by the aggrieved spirits of the captives who died in the dark recesses beneath the city.

In the dark early morning of August 27, 1891, a passenger train derails off Bostian Bridge near Statesville, North Carolina, sending seven rail cars below and about 30 people to their horrible deaths. It is said that every year the phantom train repeats its final journey and a horrific crash still be heard there. Read More

The Parallel Forest in Oklahoma has over 20,000 trees that are planted exactly 6 feet apart in every direction and this is said to be one of the most haunted forests in America. There is a rock formation by the river situated in the centre of the Parallel Forest that is rumoured to be a satanic altar. Visitors say they get weird vibes, hear native Americans’ hollering along with old war drum beats and experience many more chilling paranormal things when they stand near it. Read More

In an open field near Bernards Township, New Jersey, stands The Devil’s Tree. The tree was used for lynching, many losing their lives when strung up in its branches, and is said to curse any who try to cut it down. A chain-link fence now encircles the trunk, so no axe or chainsaw can touch the wood. Read More

During its heyday, Eastern State Penitentiary was one of the most expensive and well-known prisons in the world. It was built in 1829 and housed big name criminals like Al Capone and bank robber “Slick Willie.”

Up until overcrowding became a problem in 1913, prisoners were kept in complete solitude at all times. Even when prisoners left their cell, a guard would cover their heads so they couldn’t see and no one could see them. Today, the decaying penitentiary offers ghost tours and a museum. Shadowy figures, laughter, and footsteps have all been reported as paranormal activity within the prison walls.

The Stanley Hotel’s stately Georgian architecture and world-renowned whiskey bar have lured travellers to Estes Park since the hotel opened in 1909. But the Stanley reached new levels of fame after inspiring Stephen King’s fictional Overlook Hotel from The Shining. That eerie association aside, many other ghost sightings and mysterious piano music have been connected to the hotel. The Stanley Hotel leans into its reputation quite cleverly, offering nightly ghost tours and psychic consultations from the in-house Madame Vera.

Aside from a brief stint as a war ship in World War II, the RMS Queen Mary served as a luxury ocean liner from 1936 to 1967. During that time, it was the site of at least one murder, a sailor being crushed to death by a door in the engine room, and children drowning in the pool. The city of Long Beach purchased the ship in 1967 and turned it into a hotel, and it still serves that purpose today — although the reported ghosts of the deceased passengers get to stay for free. Furthermore, the ship’s engine room is considered by many to be a “hotbed” of paranormal activity.

This battlefield in Gettysburg, Pennsylvania, USA, was the site of almost 8,000 deaths and 30,000 injuries. Now it is a prime spot for strange paranormal occurrences. The sounds of cannons and screaming soldiers can be heard from time to time in not iust the battlefield but in surrounding areas such as Gettysburg college.

This spooky tunnel was established in 1857 for the Ohio and Mississippi Railroad. There are several creepy tales associated with this tunnel, one of which is about a construction worker who was accidentally decapitated during the tunnel’s construction.

Many visitors have claimed to see the ghost of this individual wandering the tunnel with a lantern in search of his head. As if that were not enough, another story says that a cemetery built atop the tunnel was disturbed during its construction. Evidentially, several of the bodies of those buried there fell through and now haunt anyone who visits the tunnel in Bedford, Indiana.

If you enjoyed reading this article, then read about these 21 tunnels from around the world and the creepy haunted stories behind them.