Kris Kremers, 21, and Lisanne Froon, 22, who went out for a brief hike near a mountain resort in Panama in 2014 and never came back. What followed is a shocking and still unexplained story.

At the time of their disappearance, Kris and Lisanne were on break from their studies back in the Netherlands. Kris and Lisanne arrived in Panama to serve as volunteer social workers—and to learn fluent Spanish—but someone had miscalculated.

Apparently, they arrived in Boquete a week early; the program administrators weren’t ready for them, and the assistant instructor had been “very rude and not at all friendly” about it, as Kris wrote in her diary.

“There was not yet a place or work for us so we could not start.… The school thought it odd as it was all planned since months ago,” Kris wrote, moments before leaving the room she shared with Lisanne to set out on the fatal hike that morning of April 1, 2014.

The Hiking Trip Of Kris Kremers And Lisanne Froon:

Witnesses say Kris and Lisanne left the trailhead, just north of Boquete, at about 10 o’clock on that sunny Tuesday morning. They were dressed in light clothing, and with only Lisanne’s small backpack to share between them.

Thanks to photos recovered from a camera later found in that same backpack, we know the women made fairly good time up to the Mirador. 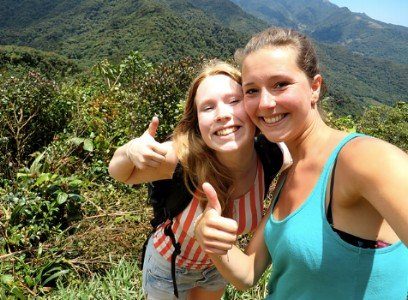 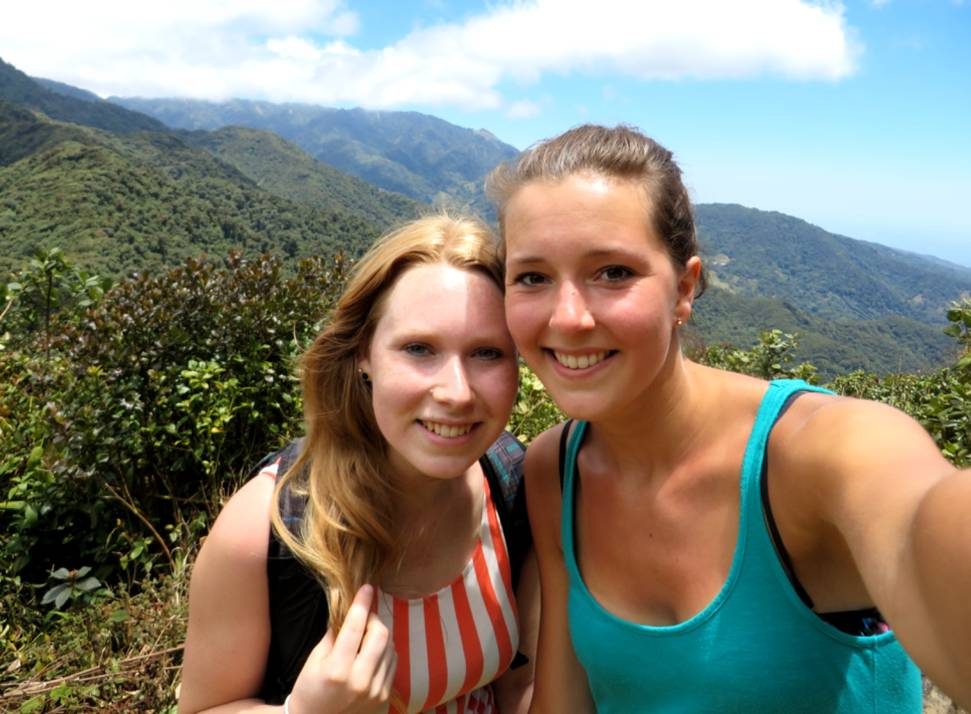 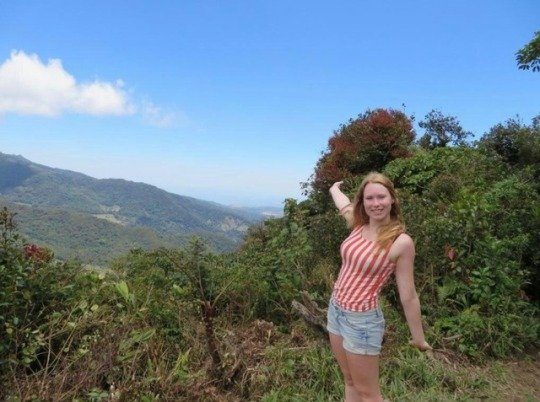 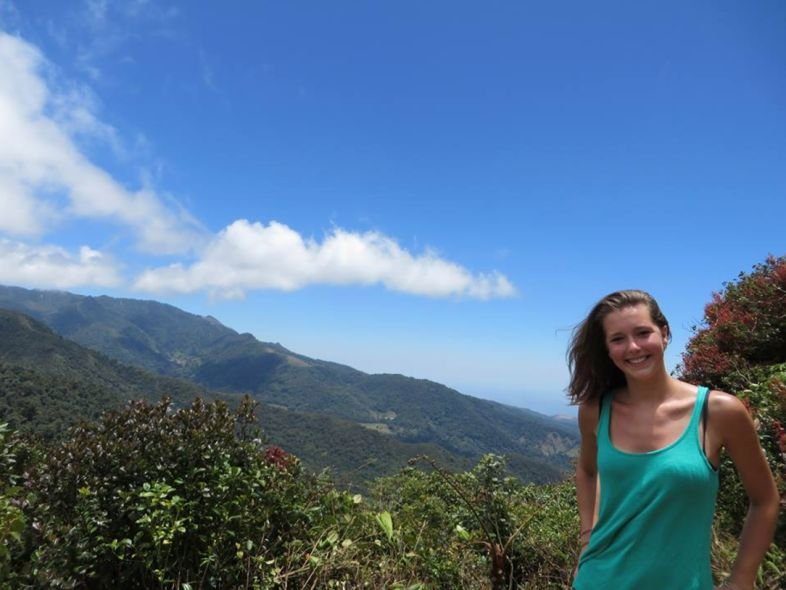 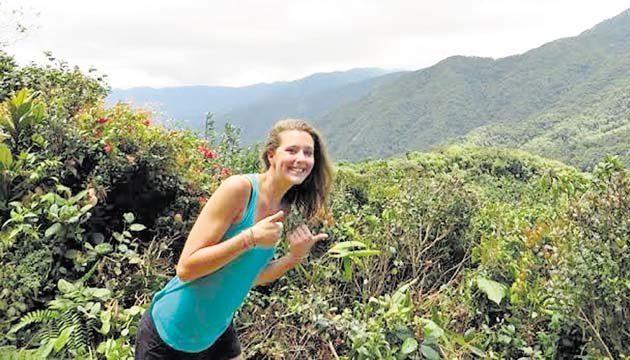 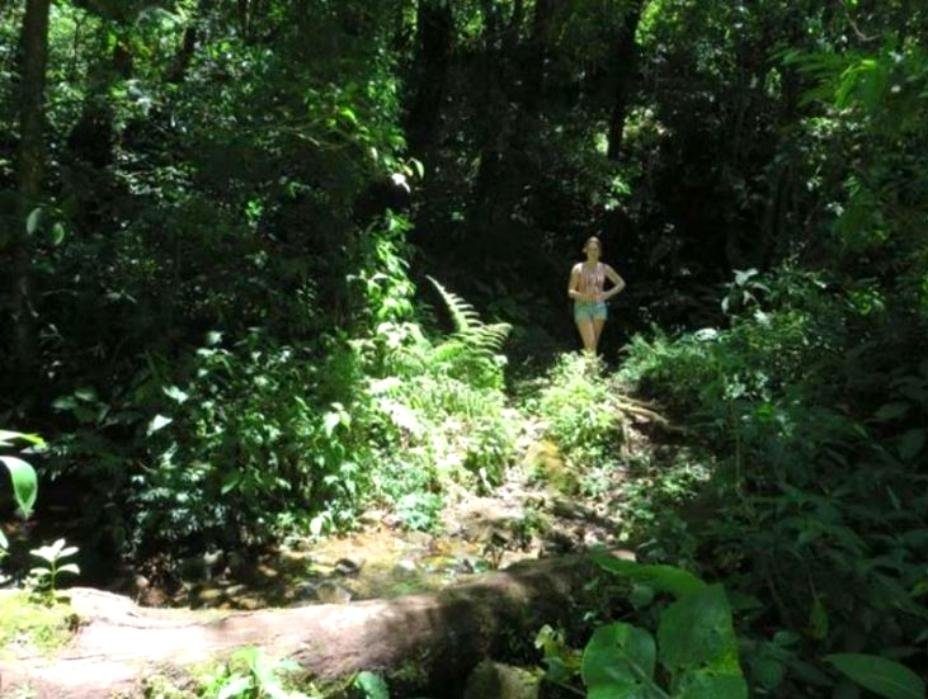 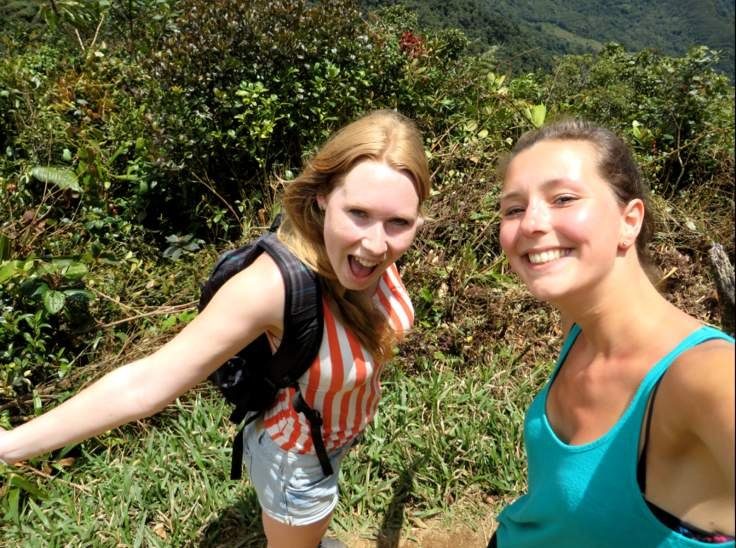 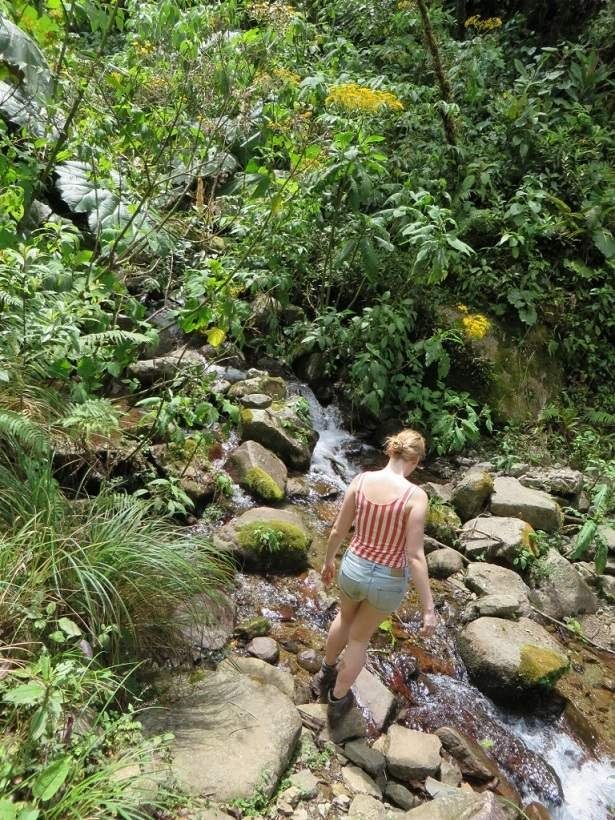 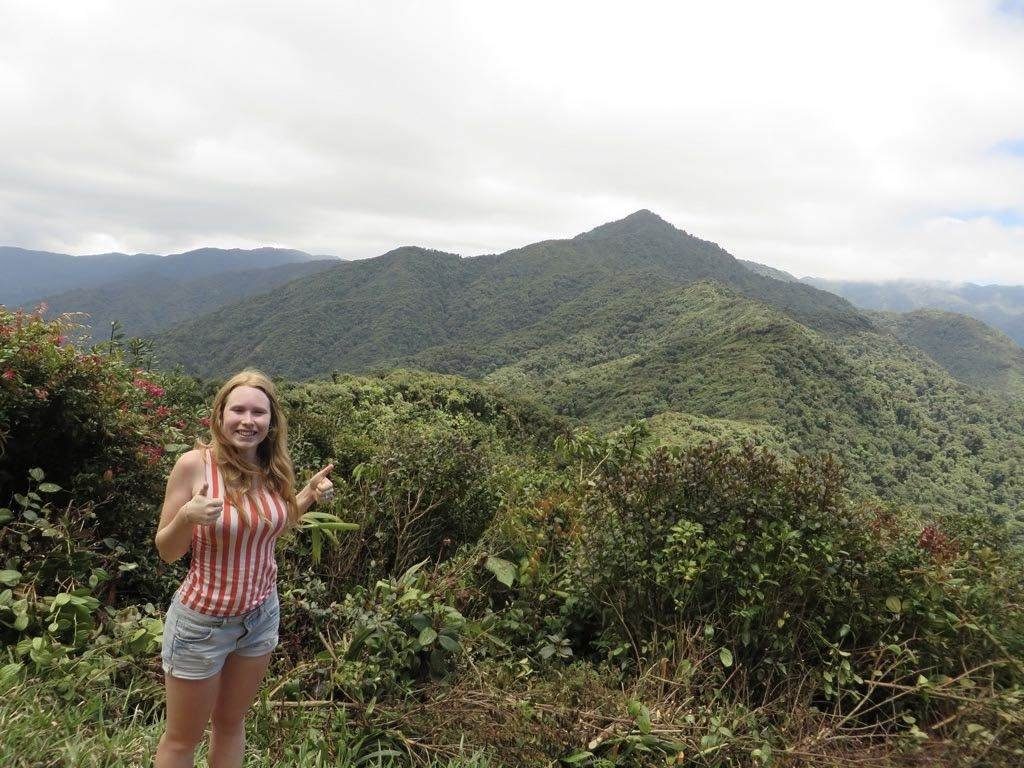 They are smiling and seem to be enjoying themselves in these images, and there is no indication of a third party being along with them—although there are reports that a local dog named Blue followed them at least partway up the trail.

Geographical features visible in the last few pictures indicate that by mid-afternoon the women had left the Pianista, and, perhaps accidentally, crossed over to the other side of the Divide.

These last images suggest them wandering off onto a network of trails not maintained by rangers or guides affiliated with Baru National Park. Such unmarked traces aren’t meant for tourists, but are used almost exclusively by indigenous peoples living deep within the forests of the Talamanca.

What began as a touristic hike soon became a tragedy. The girls who enjoyed their expedition and posed for pictures, were calling for help a couple of hours later. After seeing them in those photos, no one can suspect that they were in danger.

Nevertheless, two hours after the above photos were taken, around 4:39 PM, Kris was dialling 112. Something was wrong. It was the first of a series of calls that the girls made to the dutch emergency line.

12 minutes later, at 4:51 PM, another call was made, this time from Lisanne’s Samsung cellphone, calling the same number.

The first distress call had been made just hours after beginning their hike: one from Kremers’s iPhone at 4:39 PM and shortly after that, one from Froon’s Samsung Galaxy at 4:51 PM. None of the calls had gone through due to a lack of reception in the area except for one 911 call attempt on April 3 that lasted for a little over a second before breaking up.

After April 5, Froon’s phone battery became exhausted after 05:00 and was not used again. Kremers’s iPhone would not make any more calls either but was intermittently turned on to search for the reception.

After April 6, multiple attempts of a false PIN code were entered into the iPhone; it never received the correct code again. One report showed that between the 7th and 10th of April, there were 77 emergency call attempts with the iPhone. On April 11, the phone was turned on at 10:51 AM, and was turned off for the last time at 11:56 AM.

Nine weeks later, in mid-June, Lisanne’s pack was brought to authorities by a Ngobe woman—who claimed to have found it on the riverbank near her village of Alto Romero, in the Boco del Toros region, about 12 hours by foot from the Continental Divide.

The contents would cause a firestorm of speculation on both sides of the Atlantic: Two bras, two smartphones, and two pairs of cheap sunglasses. Also a water bottle, Lisanne’s camera and passport and $83 in cash.

The discovery of the backpack prompted a renewed search, and by August the Ngobe had helped authorities locate about two handfuls of bone fragments, all found along the shores of the Rio Culebra, or the River of the Serpent.
DNA tests were positive — and also thickened the plot.

A total of five fragmented remains were identified as belonging to Kris and Lisanne— but the Ngobe had also submitted bone chips from as many as three other individuals.

The evidence was sufficient to make a positive DNA match to the victims, but there were not enough remains for examiners to render a conclusive verdict as to cause of death.

Two months later, closer to where the backpack was discovered, a pelvis and a boot with a foot inside were found. Soon at least 33 widely scattered bones were discovered along the same river bank.

Aside from the bras in the backpack and one of Lisanne’s boots—with her foot and ankle bones still inside it—very little other clothing was ever found. One of Kris’ (empty) boots was also recovered. As were her denim shorts, which were allegedly found zipped and folded on a rock high above the waterline near the headwaters of the Culebra—about a mile-and-a-half upstream from where the backpack and other remains were found.

DNA testing confirmed they belonged to Froon and Kremers. Froon’s bones still had some skin attached to them, but Kremers’ bones appeared to have been breached.

A Panamanian forensic anthropologist later claimed that under magnification “there are no discernible scratches of any kind on the bones, neither of natural nor cultural origin – there are no marks on the bones at all.”

The condition of the bone fragments and bits of flesh, and where they were said to have been discovered, prompted a fresh round of questions by investigators and the press.

Why had so few remains been found? Why were there no marks on the bones? What did the presence of other human remains mean?

A series of over a hundred images, found on the digital memory card of Lisanne’s camera, gives us a glimpse of just how deep and dark it was.

The first dozen or so images found on the camera seem normal enough.

Tuesday, April 1, was a bright, sunny day. The women are smiling and cheerful and no third party is visible in any of the images. Aside from a few selfies taken at the overlook of the Divide, most of the pictures are shot by Lisanne, and many of them show Kris walking ahead of her on the trail, enjoying the sunshine and the primal beauty of the rainforest.

When Things Get Strange:

In the last few shots from that day, we do indeed see Kris and Lisanne following an indigenous trail down the opposite side of the high ridge-crest that marks the division of the Pacific and Caribbean watersheds. Geographical features near a streambed visible in the last few photos place them about an hour from the top of the Divide—and still heading downhill, away from Boquete.

Court-certified forensic photography analyst Keith Rosenthal says the women might already be lost at the time these images were made.

The last image we have of Kris Kremers’s face, turning to look back into the camera as she crosses a streambed, could also be telling.

At least 90 photos from the camera were taken in complete darkness 10 days after they disappeared.

Just 3 of the 90 pictures taken on 8th April and retrieved from the memory card by the Dutch Forensic Medicine Institute show clear images. In other photos, nothing can be clearly identified.

A number of clear pictures of the girls are followed by some strange images.

The photos above were taken at 1:38 AM. In the first one, the only thing to be seen is a rock surrounded by low vegetation. One minute later, the second photo was taken. It shows the branch of a bush over what seems to be a rock, surrounded by similar plants of that of the first photo. The branch has in each end a red plastic bag. Close to the branch, there are chewing gum wrappers and other papers to be seen.

With which purpose were these photos taken? Was someone trying to send a message? Is the amount of pictures taken a sign of desperation or of imminent threat?

Many of those who choose to believe Kris and Lisanne were murdered point to the fact that they didn’t leave behind any obvious goodbye messages to loved ones, as people stranded in the wilderness often do.

Here’s what we know now: All of the photos were taken in a steep, jungle environment, and the timing between them varies from just a few seconds—likely as fast as the camera could fire—to 15 minutes or more. According to the timestamp made by Lisanne’s SX270, these images were made on April 8. That means one of the women had already managed to survive more than a week without food or shelter in the wilderness.

A handful of these so-called “night pictures” were released to the press shortly after the backpack was discovered. Taken out of order and with no context, the publicly released photos fueled more conspiracy theories and even supernatural explanations for the tragedy.

June And Jennifer Gibbons – The Story Behind The Silent Twins