Truths behind the Devil’s Bible, the Harvard book bound in human skin & the Black Bible

Real history is a lot more interesting than what we learned in high school. While most books have to prove to be worth reading on their covers, some are born in such a way that lure anyone to read. 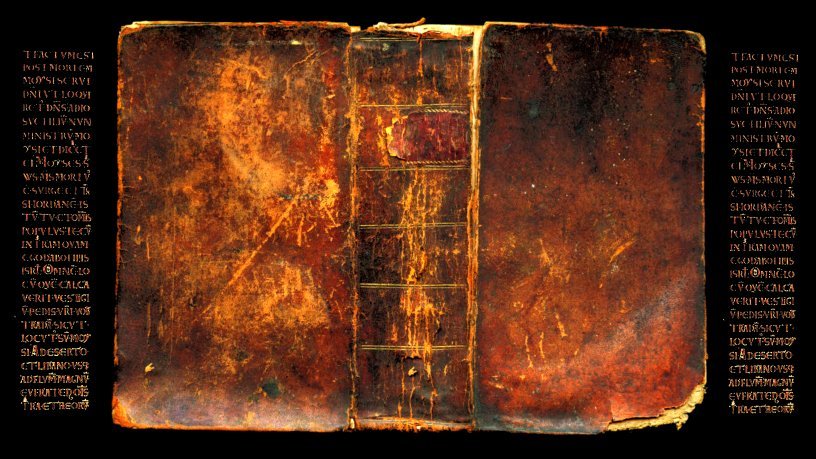 The Devil’s Bible, Destinies Of The Soul and The Black Bible Of Turkey are definitely such three books that magnetize people to read.

The Codex Gigas, which literally means the “Giant Book” in English, is the largest extant medieval illuminated manuscript in the world, at a length of 56 inches. It is created using more than 160 animal skins, and requiring two people to even lift it.

The Codex Gigas contains the complete Latin translation of the Bible, as well as multiple other texts, including works by Hippocrates and Cosmos of Prague not to mention medical formulas, texts on exorcisms and a large depiction of the Devil himself.

In July 1648, during the final clashes of the Thirty Years’ War, the Swedish army looted the city of Prague. Among the treasures, they stole and brought with them when they returned home was a book called Codex Gigas. Not only is Codex Gigas famous for being the largest medieval book in the world, but because of its contents, it is also known as The Devil’s Bible.

Here, we have listed some interesting facts about the Devil’s Bible:

Destinies Of The Soul – The Only Book In Harvard Library Bound In Human Skin:

Writer Arsene Houssaye is said to have given the book to his friend, Dr. Ludovic Bouland, in the mid-1880s. Dr. Bouland then reportedly bound the book with skin from the body of an unclaimed female patient who had died of natural causes.

The Harvard Laboratory also concluded that the analytical data, taken together with the provenance of “Des destinees de l’ame,” verify it is indeed bound using human skin.

The practice of binding books in human skin – termed anthropodermic bibliopegy – has been reported since as early as the 16th Century. Numerous 19th Century accounts exist of the bodies of executed criminals being donated to science, their skins later given to bookbinders.

Located within “Des destinees de l’ame” is a note written by Dr. Bouland, stating no ornament had been stamped on the cover to “preserve its elegance.” He further wrote, “I had kept this piece of human skin taken from the back of a woman… A book about the human soul deserved to have a human covering.”

The book, said to be a meditation on the soul and life after death, is believed to be the only one bound in human skin at Harvard.

In 2000, Turkish authorities had seized one of the most bizarre ancient bibles from a gang of smugglers in a Mediterranean-area operation. The gang was charged with smuggling antiquities, illegal excavations, and the possession of explosives. The book is widely known as the “Black Bible.”

After discovering, the ancient Black Bible was kept secret since the year 2000. Later in 2008, it was transferred to the Ankaran Ethnography Museum to put on display. According to reports, the book itself is 1500 to 2000 years old which is written with gold lettering, onto loosely-tied leather in Aramaic, the language of Jesus Christ.

The Black Bible reveals that Jesus was not crucified, nor was he the son of God, but a Prophet. The book also calls Apostle Paul “The Impostor”. The book also claims that Jesus ascended to heaven alive, and that Judas Iscariot was crucified in his place. What has attracted the most attention is a statement made by Jesus where he apparently predicts the coming of Muhammad.

Is The Black Bible Authentic?

We know the appearance and the extraordinary claims of the Black Bible are so fascinating but alas! this extraordinary discovery is probably a hoax, the work of a forger who, according to some, could have been a European Jewish scholar from the Middle Ages.

After going through flawless inspections of every word of this book, historians have drawn a conclusion to the Black Bible saying, this book was actually written by monks of the high monastery in Nineveh, during the early 16th century.

In one excerpt, the Black Bible mentions three armies of Palestine at the time, each of which was made up of 200,000 soldiers. However, the entire population of Palestine 1500 to 2,000 years ago probably didn’t come to more than 200,000 people, according to some scholars. In short, all of these signs that we are dealing with a wonderful fake.

Then When Was The Black Bible Actually Written?

There is a clue and it is found in chapter 217. The last sentence states that 100 pounds of stone were placed on the body of Christ and this would fairly indicate that the Black Bible was penned recently: the first use of the pound as a unit of weight dates to the Ottoman Empire in its dealings with Italy and Spain.

According to some scholars, the Black Bible was originally attributed to Saint Barnabas (The Gospel of Barnabas) and was written by a European Jew in the Middle Ages who was fairly familiar with the Qur’an and the Gospels. He mixed facts and elements from both but his intentions are still unknown.

Emperor Qin's terracotta warriors – An army for the afterlife

Joyce Carol Vincent: The woman whose skeleton was found 3 years after her death in a London flat!