Lake Peigneur, the lake in the U.S. state of Louisiana that was once emptied into the salt mine, creating the largest man created whirlpool ever.

Lake Peigneur was a freshwater lake in the U.S. state of Louisiana, near the northernmost tip of Vermilion Bay. But since the Lake Peigneur Disaster took place in 1980, the lake is now filled with brackish water which is a type of water having more salinity than freshwater, but not as much as seawater. Lake Peigneur was a 10-foot-deep freshwater body, popular with sportsmen, until the unusual man-made disaster changed its structure and the surrounding land entirely. Now with a maximum depth of 200 feet, it is the deepest lake in Louisiana.

On the morning of November 21, 1980, a Texaco oil rig team on Louisiana’s Lake Peigneur noticed that their drill had seized up below the surface of the shallow lake. The drilling crew workers were baffled when they couldn’t free the drill. Then, following a series of loud pops, their platform begins to tilt toward the water. The seven men alarmed themselves and immediately scrambled to the shore.

They had no idea that they had just redrawn the landscape of Iberia Parish. They had managed to permanently transform a 10-foot-deep freshwater lake into a 200-foot-deep saltwater one.

The Horror Of The Lake Peigneur Disaster:

Within an hour and a half, they witnessed their $5 million, 150-foot-high derrick somehow vanish into a lake that had an average depth of less than three feet. They realized they had made the worst mistake in their life because their drill had accidentally penetrated a main shaft of the Diamond Crystal salt mine, whose tunnels crisscrossed the rock under the lake.

Lake water was now rushing into the mine through the rapidly expanding 14-inch hole in the salt dome, with a force ten times that of a fire hydrant.

Another terrible scene was in the deep of the mine cave where more than fifty miners were still racing the rising waters, using mine carts and an agonizingly slow elevator to exit the mine eight at a time. On the other side, a fisherman who was on the lake at the time was also struggling with his small boat to escape the invincible current of the lake water. It was that fearful moment when a nice and calm lake turned into a cauldron of death before all their eyes.

Though it was an extreme form of terror, all those 55 workers in the mine were finally able to escape, with six employees later given awards by Diamond Crystal for heroism. The crew of 7 on the drilling rig fled the platform shortly before it collapsed into the new depths of the lake. The fisherman was also able to pilot his boat to shore and escape. But the chain of consequences does not end there.

What Did They Witness In The End? 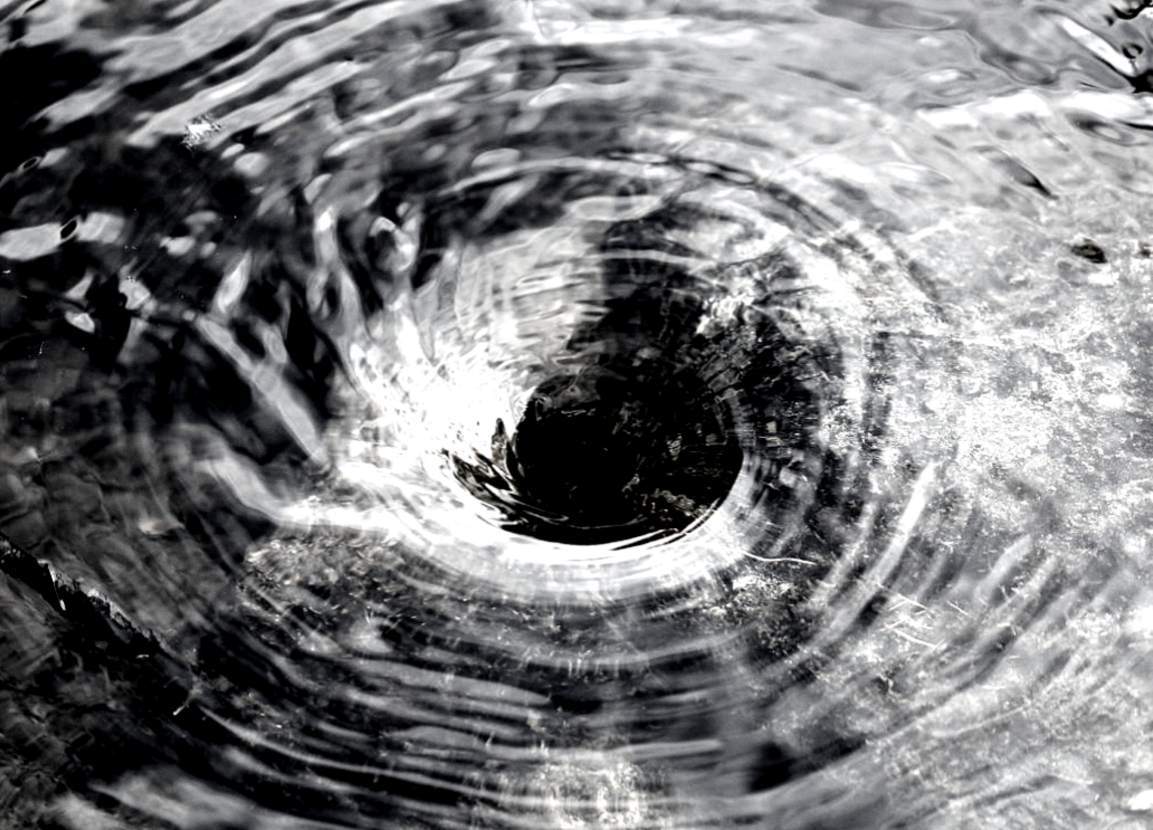 Though all of them escaped from their horrible death, the drama was just beginning for Lake Peigneur. They watched in shock as the water began to circle around its new “drain,” making the lake into a swirling vortex of mud, trees, and barges, the largest man-made whirlpool in history. A tugboat, a dock, another drilling platform, a parking lot, and a big chunk of nearby Jefferson Island got sucked into the abyss. Days after the disaster, once the water pressure equalized, nine of the eleven sunken barges popped out of the whirlpool and refloated on the lake’s surface.

Here’s How The Lake Peigneur Turned Into A Brackish Water Lake?

The lake had salty water after the event, not as a result of salt from the mine dissolving into the water, but from the inflow of salty water from the Vermilion Bay. Lake Peigneur used to drain into Vermilion Bay via the Delcambre Canal, but when the lake was emptied into the mine, the canal changed direction and salty or brackish water from the Gulf of Mexico flooded into the muddy lake bed. The backwards flow created a temporary 164-foot waterfall, the tallest in the state, and 400-foot geysers burst periodically from the depths as compressed air was forced out of the flooded mine shafts.

Effects Of The Lake Peigneur Disaster:

The event permanently affected the ecosystem of the lake by changing the lake from freshwater to brackish water and increasing the depth of part of the lake. To say, it has a brackish ecosystem very different from the way it was in 1980.

Aftermath Of The Lake Peigneur Disaster:

Although no human lives were lost, three dogs were reported killed. Texaco and the drilling contractor Wilson Brothers eventually agreed to pay $32 million to Diamond Crystal and $12.8 million to a nearby botanical garden and plant nursery, Live Oak Gardens, to compensate for the damage caused. The Mine Safety and Health Administration released a report on the disaster in August 1981 which exhaustively documented the event but stopped short of identifying an official reason for the disaster.

READ:  Urkhammer – The Story Of A Town That Vanished Without A Trace!

It’s strange to think why were they digging for oil directly above an active salt mine! According to some reports, the Texaco platform was drilling in the wrong place because of a mapping mistake – an engineer mistook transverse Mercator projection coordinates for UTM coordinates. The mine was finally closed in December 1986. Since 1994, AGL Resources has used Lake Peigneur’s underlying salt dome as a storage and hub facility for pressurized natural gas.

Urkhammer – The Story Of A Town That Vanished Without A Trace!