The Dragon’s Triangle, an area of Japan that is said to be similar to the Bermuda Triangle―and it has been a thousand years since the Japanese have been aware of this deadly dangerous zone. From the beginning, they call it “Ma-no Umi” means the “Devil’s Sea.”

For several centuries sailors have reported countless numbers of fishing boats disappearing within the Devil’s Sea limits. Legend has it that dragons rise to the surface of the water to drag boats and their crew members into the deep seabed!

The Devil’s Sea And The Dragon’s Triangle:

Charles Berlitz, the man who first put forth the idea of the Bermuda Triangle, wanted to repeat the blow for the Devil’s Sea in Japan. He called it the “Dragon’s Triangle” in his book, “The Dragon’s Triangle” on the subject published in 1989. According to Berlitz, between 1952 and 1954, five Japanese military ships and 700 crewmen disappeared in this mysterious triangle.

The Devil’s Sea is actually a part of the Philippines Sea which follows an imaginary line that goes from western Japan, north of Tokyo, to the tip of the Pacific and returns east through the Ogasawara Islands and Guam to Japan again. Like Bermuda, it also forms a similar type of the triangular-shaped zone. Starting from western Japan, north of Tokyo, it follows a line to a point in the Pacific which is about 145 degrees east latitude. Both are located in 35 degrees west latitude, respectively. But the similarities do not end here, the two zones are in the eastern end of the mainland and stretched to the deep part of waters where the sea is driven by strong currents over active underwater volcanic areas.

The Special Characteristics Of The Devil’s Sea Zone:

The Dragon’s Triangle is an area of great seismic activity, with a seabed in which the transformation continues and some parts of the land emerge to 12,000 meters deep. Those islets and masses of land had emerged and disappeared before they could be drawn on maps. There are navigational letters and documents that included a few of those vanished lands in which many experienced sailors used to land in ancient times.

A Historic Japanese Legend Of The Devil’s Sea:

The invincible Mongol Emperor, Kublai Khan planned to invade Japan in 1281 through the Devil’s Sea route but two mysterious storms supposedly protected Japan from being conquered by Mongol hordes. 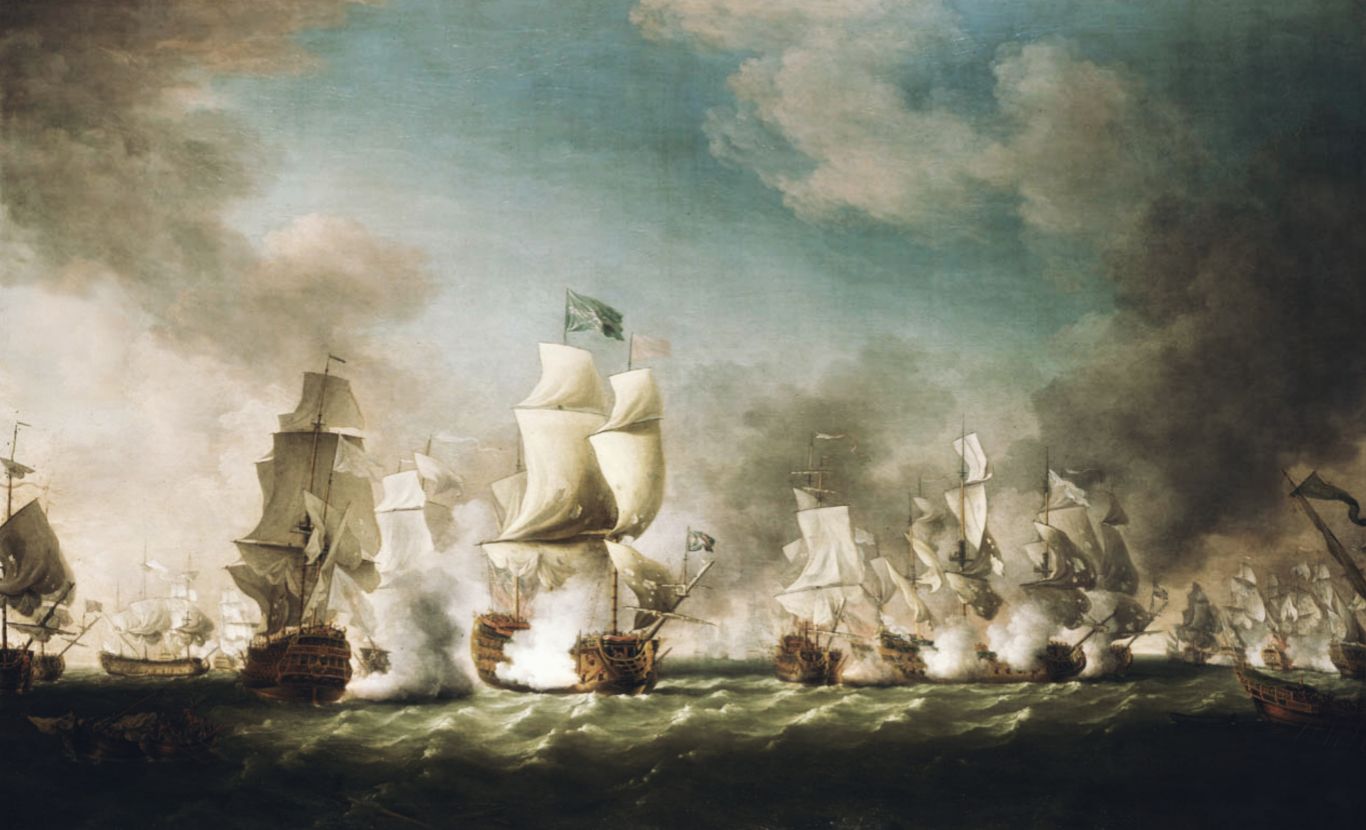 The Japanese legend conveys that “kamikaze,” or “divine winds” were called upon by the emperor of Japan. These winds turned into two dreadful storms over the Devil’s Sea that sank a fleet of 900 Mongol ships carrying 40,000 soldiers. Then the devastated fleet had left from mainland China, and it was supposed to meet a southern fleet of 100,000 troops to overwhelm Japanese defenders.

Instead, Kublai Khan’s forces fought to a stalemate after 50 days, and the Japanese repelled the invaders when Khan’s forces retreated and many soldiers deserted.

The famous Japanese legend of “Utsuro-bune,” which literally means ‘hollow ship’ in the Japanese, refers to an unknown object that allegedly washed ashore in 1803 in Hitachi province on the eastern coast of Japan (close to Tokyo and the Dragon’s Triangle).

According to legend, an attractive young woman aged 18-20 years old, arrived on a local beach aboard the “hollow ship” on February 22, 1803. Fishermen brought her inland to investigate further, but the woman was unable to communicate in Japanese. She was very different than anyone there.

The woman had red hair and eyebrows, the hair elongated by artificial white extensions. The extensions could have been made of white fur or thin, white-powdered textile streaks. This hairstyle cannot be found in any literature. The skin of the lady was a very pale pink colour. She wore precious, long and smooth clothes of unknown fabrics.

Although the mysterious woman appeared friendly and courteous, she acted oddly, for she always clutched a quadratic box made of pale material and around 24 inches in size. The woman did not allow anyone to touch the box, no matter how kindly or pressingly the witnesses asked. The fishermen then returned her and her vessel to the sea, where it drifted away.

Now, many believe that she was an intelligent extraterrestrial being who had accidentally come to earth from another world through her space ship (Utsuro-bune).

However, the credibility of these books has been questioned by many historians, but it has been verified that these books were written before 1844, well before the modern era of UFO.

The Hauntings Of Devil’s Sea: 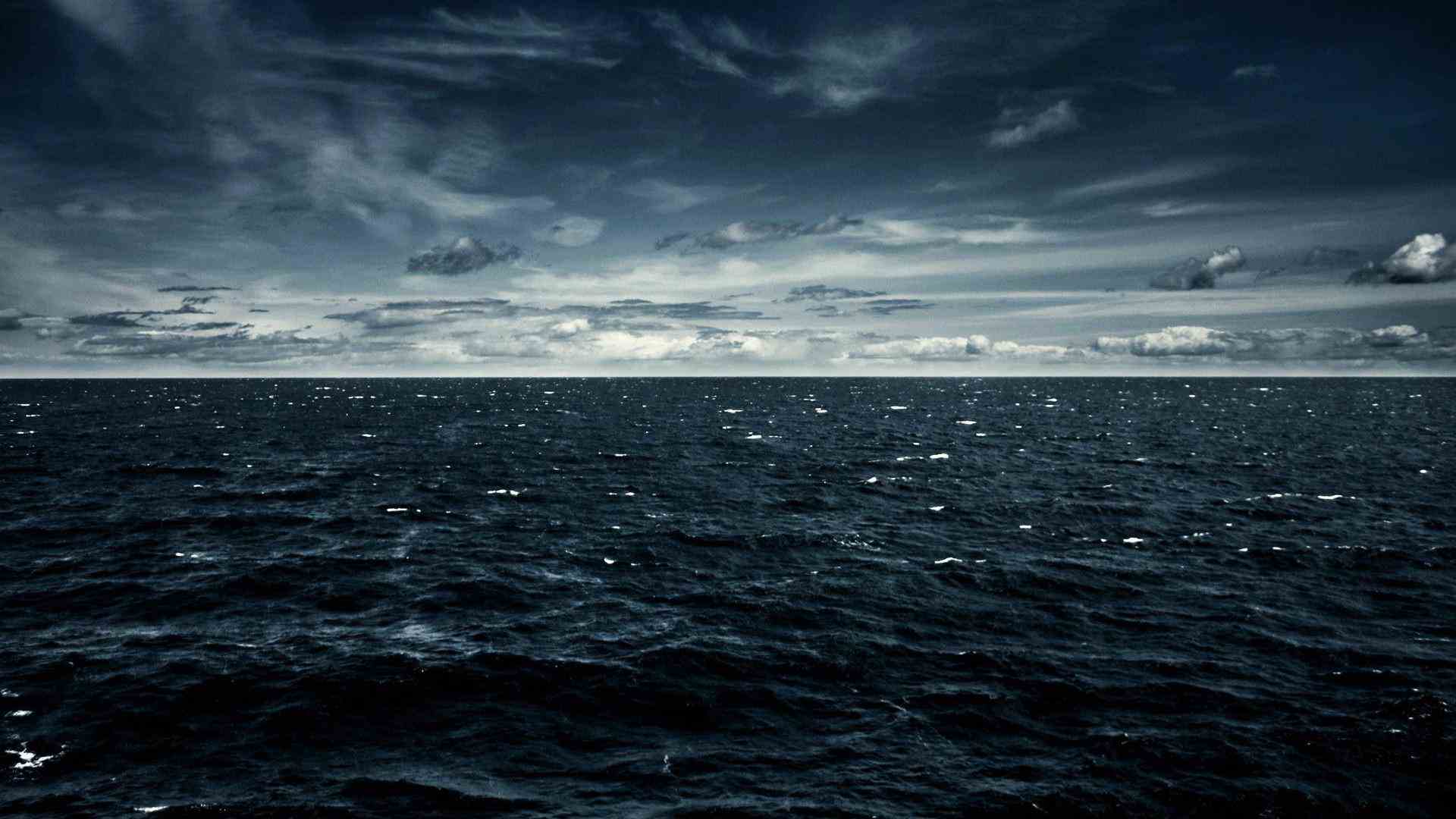 For thousands of years, the inhabitants of the area have described the Dragon’s Triangle as an extremely dangerous place because there have been occurred several strange disappearances and bizarre events that are still unexplained. A long list of fishing boats, large warships and aircraft of all kinds just disappeared with all their crew in the evil triangle.

Every time the last radio communications to which they are unanswered, one would think that it is spatiotemporal distensions and deviations of crew members’ consciousness that prevent communication. It has been verified that the magnetic activity of the zone is also similar to the Bermuda triangle, which is greater than any other place on earth. However, no one has still been able to explain that this unusual magnetic activity is the actual cause of the disappearances or not.

On the other hand, old folklore speaks of the dragons that appear from the depths to swallow a whole ship or even an island and that return to the bottom of the sea without leaving a trace.

According to another Japanese legend, the Dragon’s Triangle boasts the “Sea Devil” in its deepest part, where it has an ancient city frozen in time forever. People also claim to have witnessed phantom ships suddenly appear as if they ascend from the depths to disappear after a while.

The Devil’s Sea – An Intense Interest Of The World’s Intellectuals And An Unforgettable Tragedy: 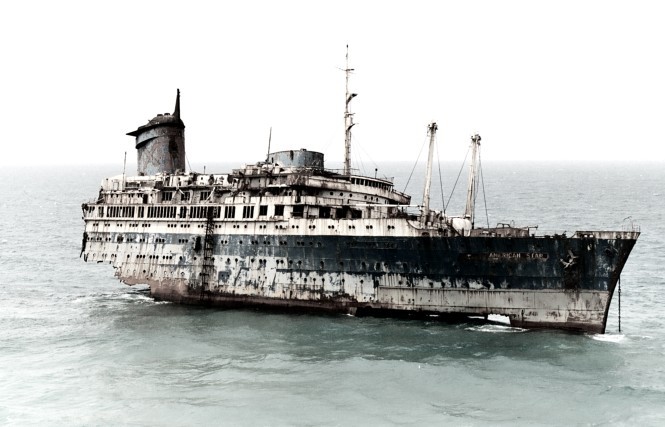 The Dragon’s Triangle became the centre of world research and naval interests when warships, fishing boats and aircraft were all revoked from their regular route through the Devil’s Sea zone.

Besides all the unnatural deaths and disappearances, there are reports of UFO sightings and the mystical thick fog that looms large this area of the Pacific, appearing and disappearing mysteriously. Just like the Bermuda Triangle, the activities of extraterrestrial vessels can be experienced there frequently.

The Possible Explanations For The Dragon Triangle Mystery:

For the past few decades, people from all around the world are trying there best to explain the strange phenomena that have been taken place for millennia. However, there are really some fascinating facts and theories about the Dragon’s Triangle that you should know about.

One theory tends to a strange connection between the magnetic poles of the two triangles, the Bermuda and the Dragon Triangle, that creates a spatiotemporal duplicate of each other. Mystery lovers claim that the Bermuda and Dragon’s triangles are at the opposite side of each other, and that a straight line could be easily drawn between them through the centre of the Earth. Even if it was true, it would not explain the dangers inherent in any of the zones.

However, the reality is that there are mainly these two areas on earth where huge ships and aircraft inexplicably disappear with all its crew without leaving a trace or signs of life.

An Underwater Extraterrestrial Base: 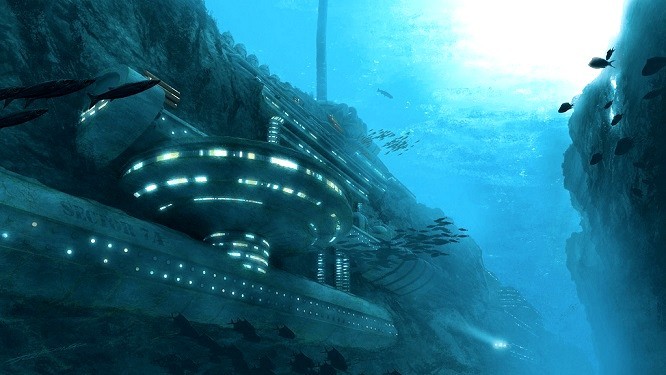 Nowadays, many even believe that there is an underwater extraterrestrial base at the bottom of the Devil’s Sea, and that the infamous dragons of the triangle are actually UUO―Unidentified Underwater Objects.

There are mainly five types of unidentified objects in Ufology:

According to the believers, the advanced base is located in the extreme depths of the Devil’s Sea, which is about 12,000 meters deep in the ocean, and that they would cause the magnetic anomalies and abductions of ships, but for what purpose?!

Scientists specializing in different subjects: geologists, meteorologists, physicists, astronomers, etc. have dragged another explanation for the Dragon’s Triangle mysteries. According to them, there are twelve zones of great geomagnetic disturbances on the planet. Two of them are the North and South Poles and five of the rest ten are closely linked to the Dragon Triangle zone―that’s how the place shows such unusual geomagnetic disturbances. These disturbances distract aircraft and ships.

Parallel Universe And A Huge Vortex:

Another truly engrossing cutting edge explanation comes from the existence of the parallel universe. According to this theory:

There is indeed a huge Vortex in Dragon’s Triangle (or such any other spots) that opens on another world, a parallel world consists of anti-matter and that absorbs people, masses or even light and time.

These two universes coexist within the same “space,” but not within the same “time.” Time separates them. It is this temporal difference that forms a “barrier” between them and prevents them from mixing. If this were not the case, matter and anti-matter would totally destroy themselves in contact with each other. This separation is therefore essential.

These universes have evolved at the same pace, in the same stages, and have both populated the same galaxies composed of stars and planets, but these galaxies are distributed differently in space from one universe to another. In other words, galaxies and anti-galaxies occupy different places in space. 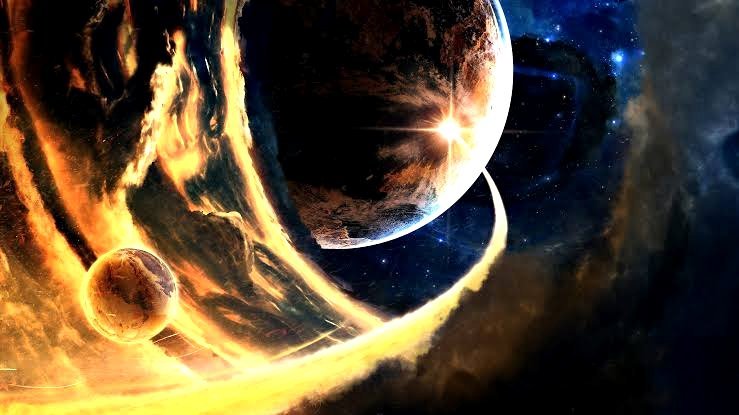 Each star and planet in the universe of matter are connected to their anti-matter twin by an “energy bridge,” a magnetic Vortex.

Among the various hypotheses put forward, the most plausible is the Atlantean hypothesis. Indeed, the destruction of Poseidia, the largest and the last of the seven islands that formed Atlantis, left at the bottom of the Atlantic Ocean a giant Crystal emitting powerful electromagnetic radiation that fed the Atlanteans with energy.

It would be this huge Crystal, always active, that would disturb the magnetic Vortex connecting the Earth to its twin anti-matter. Its hyper-powerful radiation would cross the Earth from side to side and connect the “Bermuda Triangle” to the “Dragon’s Triangle” in a huge energy loop whose random fluctuations would occasionally open a Vortex, the spatiotemporal “door” to the Earth’s “Dark Twin.”

In 1986, while looking for a suitable place to observe the sharks, Kihachiro Aratake, a director of the Yonaguni-Cho Tourism Association, noticed some singular seabed formations resembling architectural structures. The strange structures are now widely known as the “Yonaguni Monument,” or the “Yonaguni Submarine Ruins.”

It is a submerged rock formation off the coast of Yonaguni Island, the southernmost of the Ryukyu Islands, in Japan. It lies approximately a hundred kilometres east of Taiwan. To make things even stranger, the Yonaguni Monument is situated within the Devil’s Sea triangle that has led many to believe that the underwater structures are remains of the lost city Atlantis.

It is true that, with this one single page article, we can’t draw a proper conclusion to all those strange things that have been occurring in the Devil’s Sea since more than a thousand years ago. The truth is that it’s still unknown what really happens in the Devil’s Sea. But scientists have concluded all these oddities saying that the disappearances are due to the fact that this place has intense magnetic alterations, which cause aircraft and ships to become disoriented when entering the triangle. However, what really happens there is still an unsolved mystery. 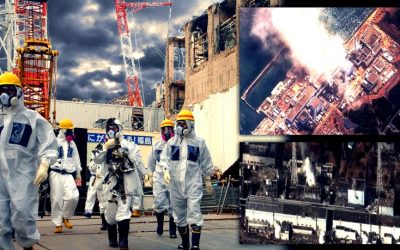 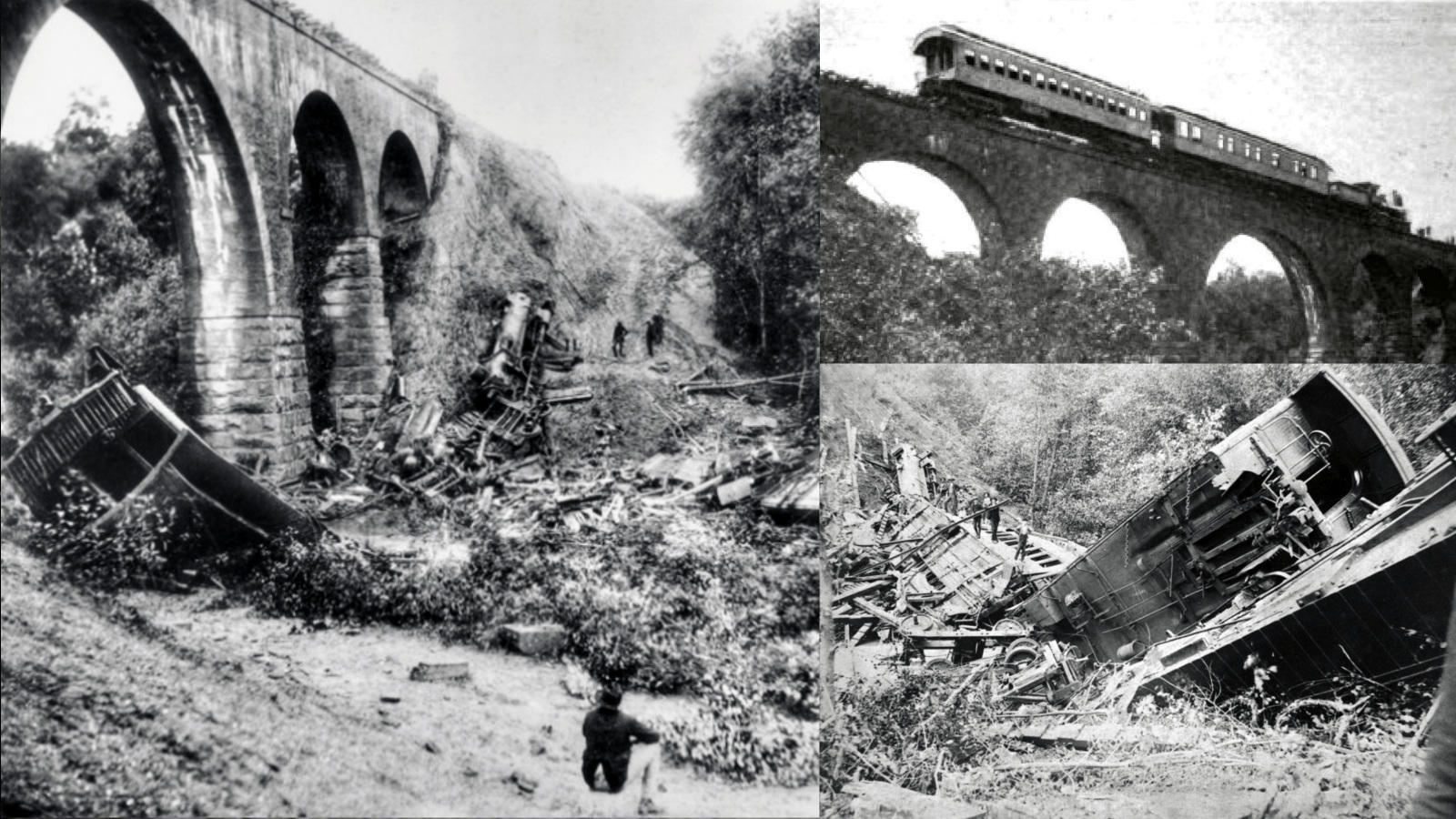 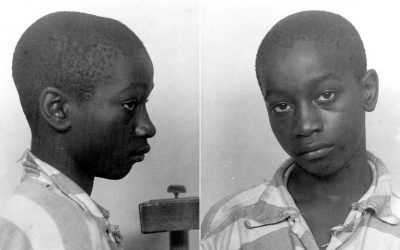 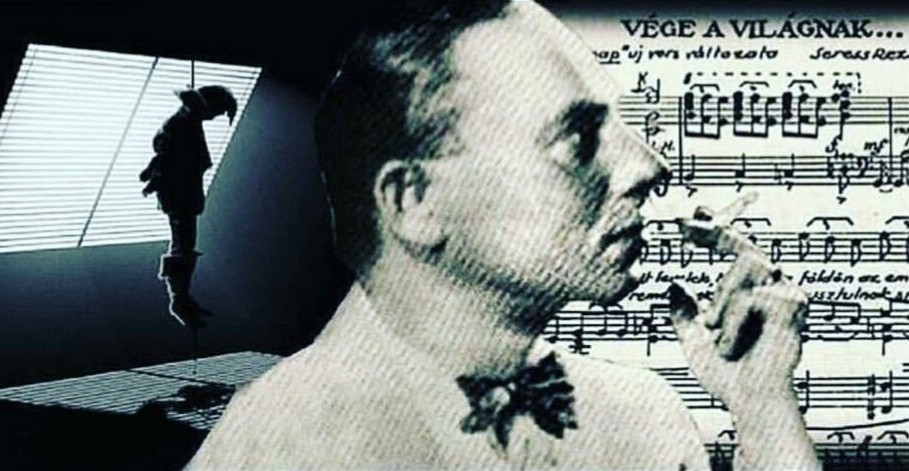