Did you know that the first computer actually was created in 100 BC?

There are inventions that seem to be created in modern days but they were actually created many centuries even many millennia ago. 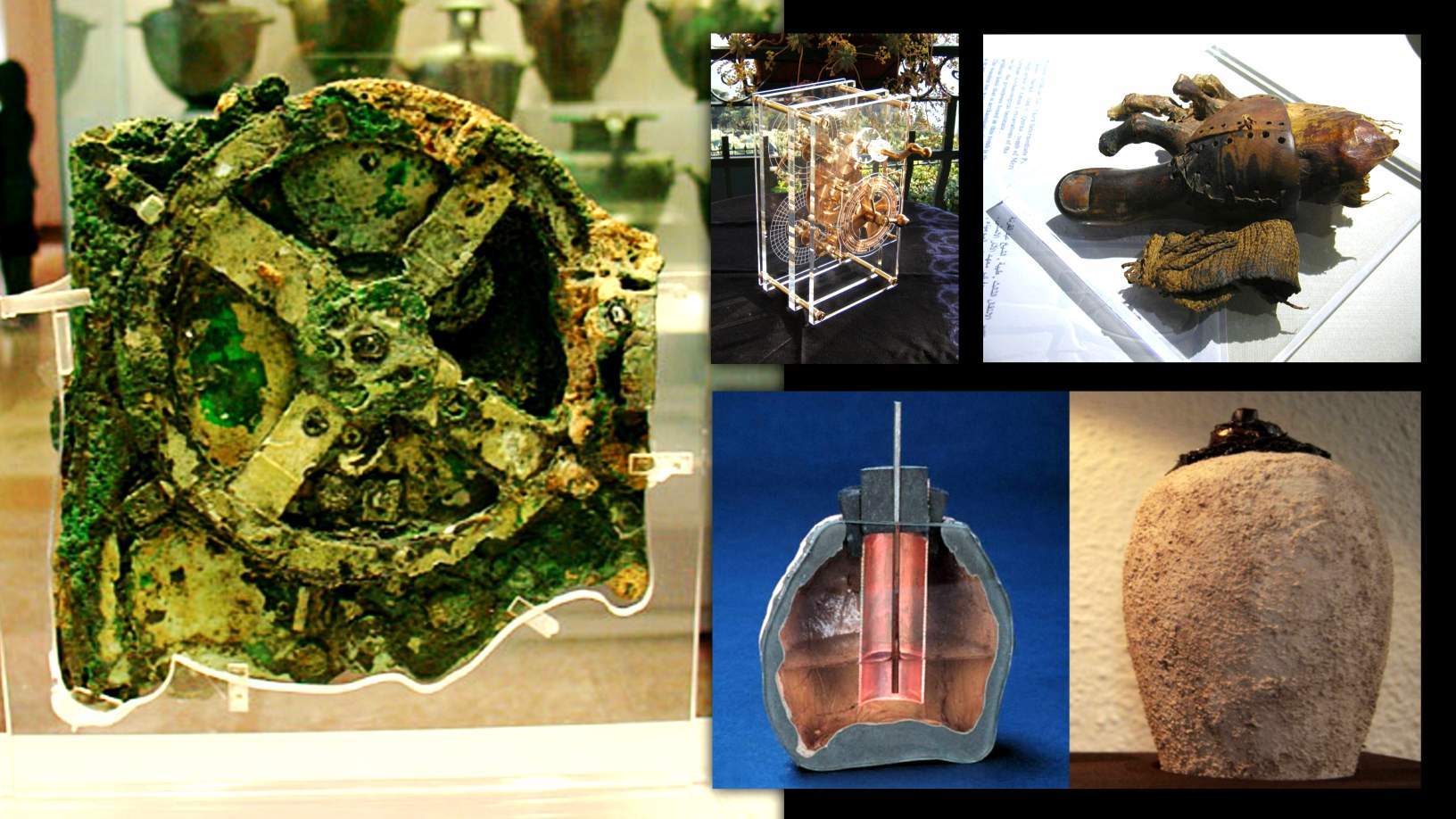 Here is a list of the 12 most advanced ancient technologies and inventions that were ahead of their times:

The first recorded prosthesic installation in history to correct the appearance defect occurred in ancient Egypt, thousands of years ago. It was a wooden prosthetic toe, found on a mummy. Although it is an artificial toe, it is neatly crafted and seems to help the person carrying it quite easily.

Treatments for the plastic repair of a broken nose are first mentioned in the Edwin Smith Papyrus, a transcription of an Ancient Egyptian medical text. It’s one of the oldest known surgical treatises, dated to the Old Kingdom from 3000 to 2500 BC.

Another example of ancient plastic surgery was carried out in India in 800 BC when a man was reconstructed by the nasal bridge using skin on the forehead and cheeks.

Besides these, Sushruta, an Indian physician during the 6th century BC, made important contributions to the field of plastic and cataract surgery that we still follow.

The first sophisticated drainage systems in human history were found at Mohenjo-Daro and Harappa, two of the largest settlements of the Indus River Valley civilization, now in Pakistan. There were full public toilets, pools and a sewer system for the whole city.

In addition, some ancient drainage systems were found in ancient cities of Babylon, China, and Rome, and they still exist today.

This deadly weapon, named Greek Fire, was used by the Eastern Roman emperor as a weapon of mass destruction to enemy ships. It was a copper pipe, emitting a highly flammable chemical from inside. At first, a leather and wooden pump would be used to inject this chemical into the pipe. At the top of the pipe, there was a person standing with fire when the stream of chemicals just erupted, and it would ignite before being fired into the enemy ships. It can even burn violently on water.

Though Greek Fire was first used by the Romans besieged in Constantinople between 673 AD and 678 AD, Athenian historian Thucydides mentions that in the siege of Delium in 424 BC a long tube on wheels was used which blew flames forward using a large bellows.

In ancient times, the Greek philosopher Plato used a water meter capable of emitting a signal that it was time for his lectures at dawn. Similar water-based timepieces were later created in ancient Rome and the Middle East.

Early versions of modern, female-shaped robots were placed on top of a lighthouse on the island of Pharos in Alexandria, ancient Egypt. During the daytime, they could turn and tap the bell. At night, they would make loud sounds like trumpets, signalling sailors about the distance of the coast.

Greek physicist Archimedes was the first to invent a device (Odometer) to measure the distance travelled by a vehicle. It looks like a row of small, numbers engraved wheels, representing the vehicle’s length of travel. Although the device was first described by Vitruvius around 27 and 23 BC, the actual inventor is believed to be Archimedes of Syracuse (c. 287 BC – c. 212 BC) during the First Punic War.

❱❱  Mystery Behind The Sargasso Sea – Sea With No Shoreline

A similar device was found in ancient China, invented by Zhang Heng, a scientist in the Eastern Han Dynasty.

7 | Batteries – Around 3rd Century BC

This clay vase, called Baghdad Battery, is fitted with a copper pipe and an iron rod inside. It is thought to be capable of generating electrical energy by oxidation reaction inside the vessel. The fact is, people still don’t know what this power is for because at the time there weren’t any electricity-generating devices. There is a theory that it is used to treat illnesses, and another theory is that this battery is used to store important documents. No one perfectly knows actually what was going on there with these strange pieces.

In ancient Greece, people knew how to make automatic doors in the temple, powered by steam engines. People would light a fire below the altar, above which were pipes containing water. The released steam would turn the turbine and help the temple door automatically open. This trick also creates a mysterious vague illusion inside the temple.

Today, vending machines could sell almost everything, from toys to hot and cold drinks and foods. But in the old days, with this machine, people could only buy holy water to wash their hands at the temples. When a coin is put into the machine, its system automatically discharges a certain amount of water into the customer’s (visitor’s) hands.

❱❱  The Mystery Of The Boat In The Middle Of Bouvet Island

Another incredible invention of Zhang Heng, an earthquake warning device. He tracked and recorded all phenomena in the earthquakes and then spent a lot of time researching and inventing a measuring and forecasting earthquake machine called “earthquake weathervane.” Although it looks a bit weird, it is extremely accurate. When an earthquake is about to occur, a small copper ball will be launched from one of the eight dragon mouths and released into the corresponding toad’s mouth below, signalling the direction of the earthquake.

The first sunglasses were invented by the Eskimos to protect their eyes from glare from the sun on snow. However, they do not have any glasses attached to them, but rather are an eye protection device carved from the ivory of the trailer, which has two gaps or two small holes to see the road.

The first pair of glasses was created later in China, in the 12th century, and they were not made from glass, but from a gem called smoky quartz. Their use is to hide the wearer’s face rather than protect the eyes from sunlight.

This device, called Antikythera, is considered an ancient Greek computer because it can record the movements of objects in the universe, and accurately predict the time of the solar eclipse and lunar eclipse. Not only that, but it can also calculate the four-year-cycle of the ancient Olympic Games, similar to an Olympiad.