The island of the ‘dead dolls’ in Mexico

Many of us have played with dolls in childhood. Even after growing up, we can’t leave our emotions to the dolls that can be found here and there in our house. It may be that you’re not taking care of the doll anymore, but in the dark of the night, it’s hauntingly roaming the halls, rooms and dining in your house! But you may not be able to know it, as you see the doll to be always beside your bed, or on the sofa with a cold stare.

There are scenes like that in Hollywood movies like “Child’s Play“, “Annabelle” or “Dead Silence“. In human psychology, fear of the doll is called “pedophobia”. If these sufferers have to go to the Mexican island of Xochimilco for any reason, god knows what will happen to them! 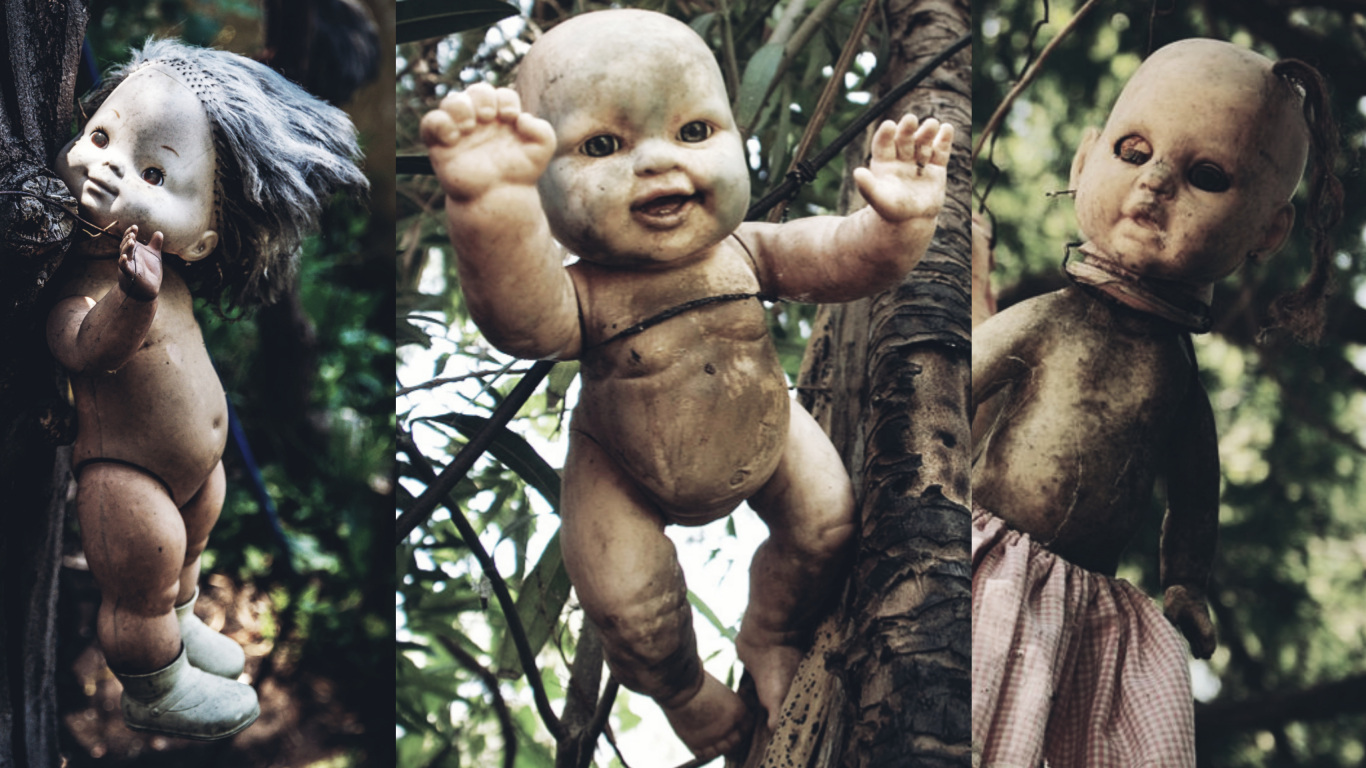 The Dolls Island is an island located in the channels of Xochimilco, south of the center of Mexico City. The island has a reputation for its beautiful nature and picturesque scenes. But the difference from other Mexican islands is that there are a lot of unworldly activities that have been reported on the island.

In fact, the Island of Xochimilco becomes even more dreadful after the indigenous inhabitants started to practice a strange ritual as a way to prevent various haunting events.

The Xochimilco island first came to its attention in the 1990s when the Mexican Government decided to clean its canals and some people reached the island in this process. They found hundreds of creepy looking dolls mysteriously hanging everywhere on the island. You’ll be indeed scared when you look at these dolls. 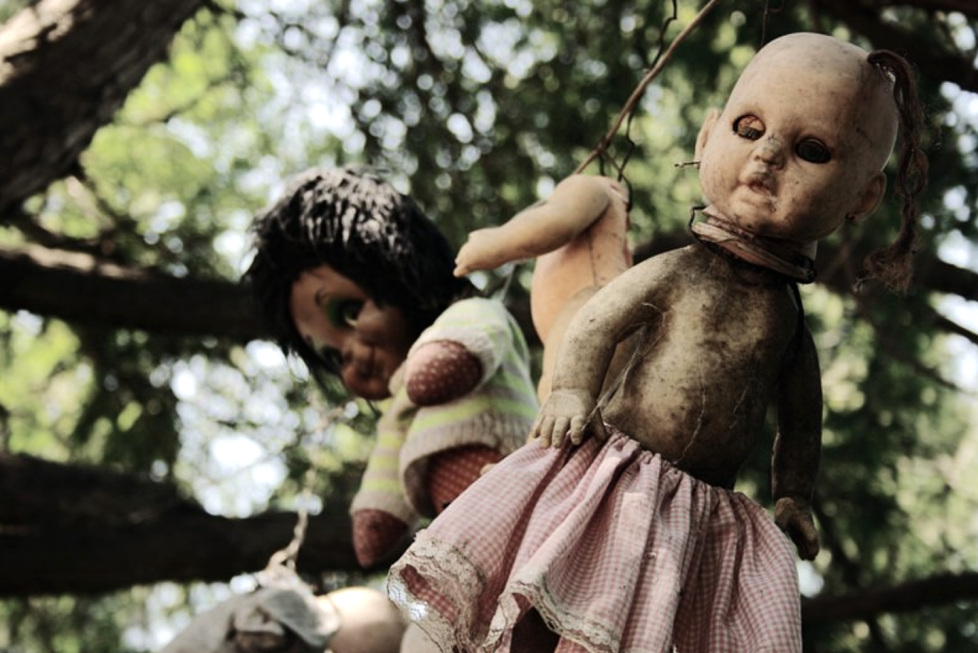 But since an accident that occurred in 2001, “hanging dolls” has become a part of the ritual of the indigenous inhabitants. Today, you may find thousands of eerie looking dolls scattered here and there on the island. That’s why the island is now famously known as the “Island Of The Dead Dolls”, or “Dolls Island”.

The Legend Of The Dolls Island: 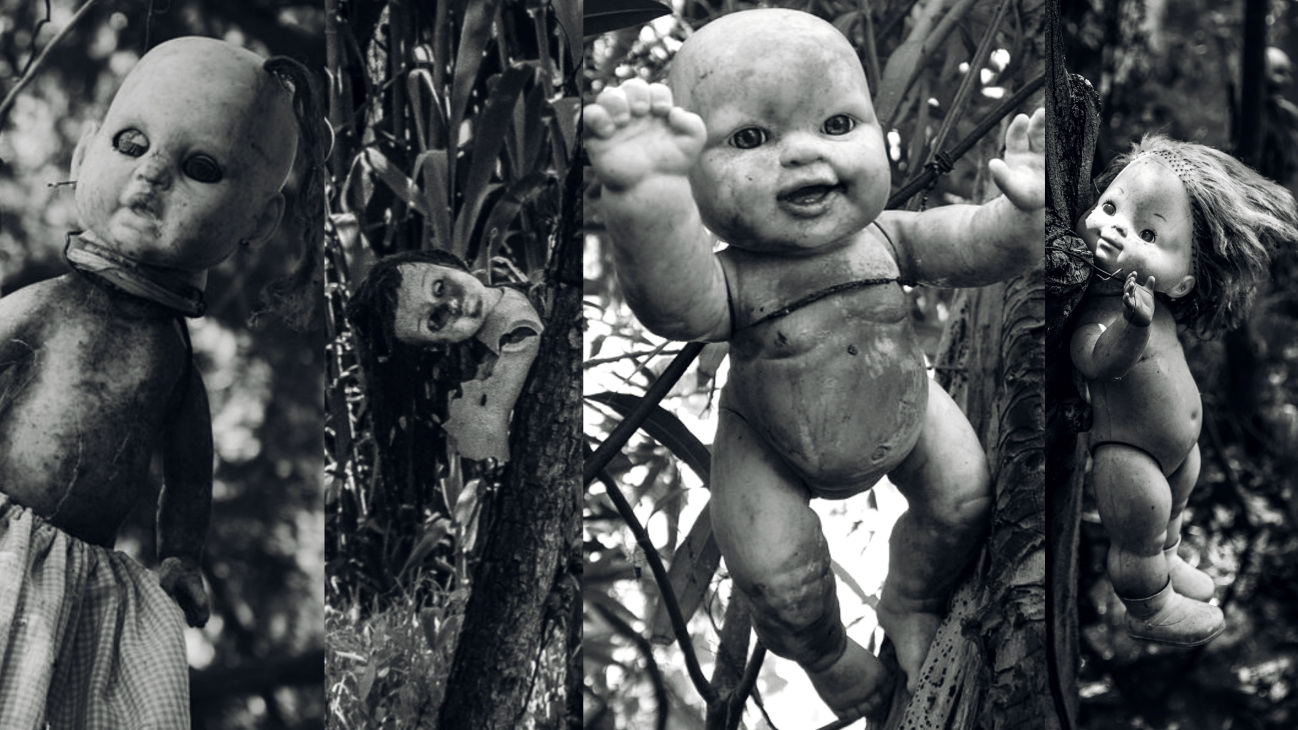 It all started with the story of a young Jain man named Julian Santana Barrera. Legend has it that, about six decades ago, Julian arrived on the Dolls Island to live in peace. But a few months later, a girl mysteriously died by drowning in a water reservoir on the island. It was later revealed that the girl had come to the island on a trip with her family and lost somewhere.

After this tragic incident, there began to happen various haunting events. Then one day, Julian sees a doll floating around, just where she drowned. He brought the doll up from the water and hanged it on a tree’s stalk. He did it so that the restless spirit of the girl could rest in peace.

Since then, whenever he went outside, he could see a new doll hanging there. Gradually, the numbers of the dolls increased on that island. In 2001, Julian had also died under mysterious circumstances at the same spot where the girl had died. Many believed, the insatiable spirit of that girl was the culprit behind Julian’s death.

After this incident, the islanders began to place dolls on the trees to satisfy the ghost of the dead girl and gradually it turns into a ritual. Throughout the time, after long exposure to sun and rain, these dolls have now taken the horror looks to freak anyone out.

But that’s not the end of this story! It is said that these dolls are also haunted by the ghost of the dead girl. In their words, in the dead of night, the dolls become alive and whisper to themselves!!

Whether for the emotion to that dead girl or to feel the hauntings of the hanging dolls — every year thousands of tourists come to visit this mysterious island of Mexico. In these days, the Dolls Island has also become a special attraction for the photographers.

In addition to these eerie dolls, the island also boasts a small museum with some articles from local newspapers about the island and the previous owner. Where, in a room, is the first doll that Julian collected, as well as Agustinita, his favorite doll.

Here’s How To Reach The Dolls Island:

The “Island Of The Dolls” is an hour and a half from Embarcadero Cuemanco. The only access is via trajinera. Most rowers are willing to transport people to the island, but there are those who refuse due to superstitions. The journey, approximately one hour, includes a tour of the Ecological Area, the Ajolote Museum, the Apatlaco Canal, the Teshuilo Lagoon and the Llorona Island.

The Dolls Island On Google Maps:

Feral child Marina Chapman: The girl with no name