Mystery behind the Sargasso sea – A sea with no shoreline

Imagine a sea which has no shoreline. That sounds impossible – right? But it really does exist, not on any other planet, but here on Earth right now. Once you look at the Sargasso Sea, all your misconceptions will be dispelled about a sea and its sea-shore. To make things even stranger, a mystic layer of countless unexplained stories looms large this strange water land.

The Sargasso Sea And Its Unique Characteristics:

The Sargasso Sea is the only sea on the Earth without a coastline. To say, it’s a sea without shores. Then, how it’s possible?

This strange and unique creation of nature is located in the middle of the North Atlantic Ocean and is bounded by four currents forming an ocean gyre. Unlike all other regions called seas, it has no land boundaries.

Besides that, the Sargasso sea is easily distinguished from other parts of the Atlantic Ocean by its characteristic golden-brown seaweeds and often calm blue water. Huge mats of dense Sargassum seaweeds cover nearly one-third of the sea surface. Hence, the sea gained its name Sargasso.

Even though the Sargasso Sea is surrounded by such strong currents, its own currents are largely immobile like nothing is happening on it.

Another weird phenomenon is unlike the harsh cold climate of the North Atlantic, the Sargasso Sea is strangely warm. The temperature of the water inside the sea is much more than the water on the outside. 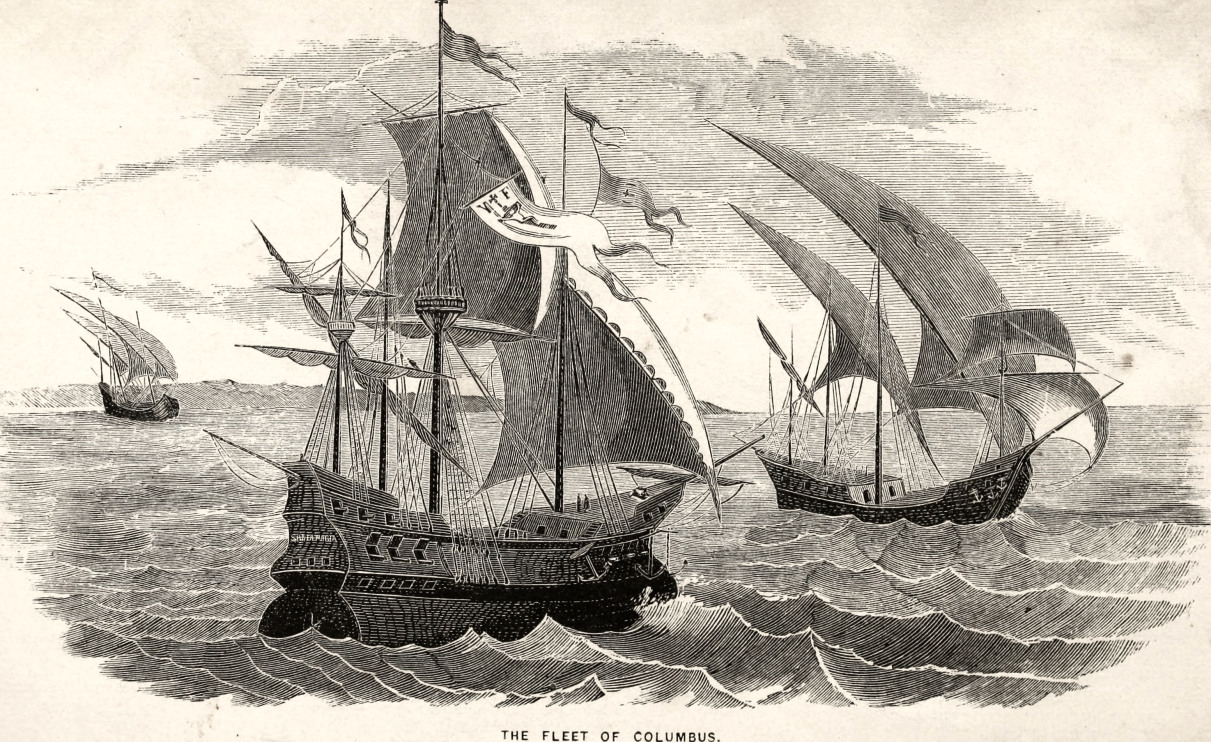 Once Christopher Columbus, the great ocean explorer who found the Americas, discovered a huge ellipse of Sargassum and on seeing the seaweeds, he thought that he was close to the shores whereas he was many hundreds of miles away from the land.

The Sargasso Sea And The Bermuda Triangle:

The sea’s calmness and its proximity to Bermuda make it an area of mystery. A fascinating yet eerie belief is associated with this area. It is said that it robs the people from the sailing boats and therefore several ships have been found wandering without any person in the waters of Sargasso.

These dark pasts of the Sargasso Sea have led to call it the ‘Graveyard Of Ships’ or ‘Sea of the Lost Ships.’ There are hundreds of stories to tell, and significantly some of them are briefly cited hare:

In 1840 a French merchant ship, Rosalie sailed through the waters of Sargasso and on the next day, it vanished without leaving any trace of it. Later it was found with its sail sets and no crew members on it.

In 1881, an American schooner, Ellen Austin found another ship travelling at a good speed but no crew members on board. The captain sent his crew to this ship, but the ship disappeared. It was found after a couple of days but there was no one on board.

A pleasure yacht named Connemara IV was found adrift in the Sargasso Sea on September 26, 1955. It is usually stated in the stories that the crew vanished while the yacht survived being at sea during three hurricanes.

Apart from these, between the 1960s and 1980s, many unnamed boats and yachts were often found drifting on their own in the calm blue water of the Sargasso Sea.

There are a number of bone-chilling stories of ships that were found with the skeletal remains of the crew members. While the exact reasons for their death remained unexplained. Whereas, some also believe that the sea algae might be the culprit behind the death of the crew members on board.

To this day, most of these weird and bizarre cases of deaths and disappearances have been remained unsolved, making the Sargasso Sea one of the most mysterious places on Earth.

The Sargasso Sea on Google Maps:

Professor Richard Sylvester from the University of Western Australia had associated to find out the rational causes of these mysterious disappearances of the ships and air crafts in the Bermuda triangle linked to the Sargasso Sea.

According to him, vast amounts of seaweeds accumulate at the centre of the Sargasso Sea where the powerful currents slowly circulate, creating a huge whirlpool trailed to the deep ocean.

Dr Sylvester came up with a theory that the huge whirlpool of the Sargasso Sea is like a centrifuge. This huge whirlpool creates smaller whirlpools that travel out and reach the area of the Bermuda Triangle.

These whirlpools are strong enough to rotate a ship and drag it inside. Sometimes these small whirlpools even cause mini-cyclones in the air. These cyclones continue the spiral movement of water, from which they appear, and gradually take a larger look that might able to make small aircraft crash into the ocean.

However, based solely on this cutting edge theory, it’s not possible to draw conclusions about all the Sargasso’s unusual events, such as how some of the ships returned, or why these phenomena were never captured on radar or satellite and many more such questions that make this place an eternal mystery.

Big Changes In The Sargasso Sea:

Could an intelligent aquatic civilization exist?