In the dark early morning of August 27, 1891, a passenger train derails off Bostian Bridge near Statesville, North Carolina, United States, sending seven rail cars to the below-ground and about 23 people to their tragic deaths. 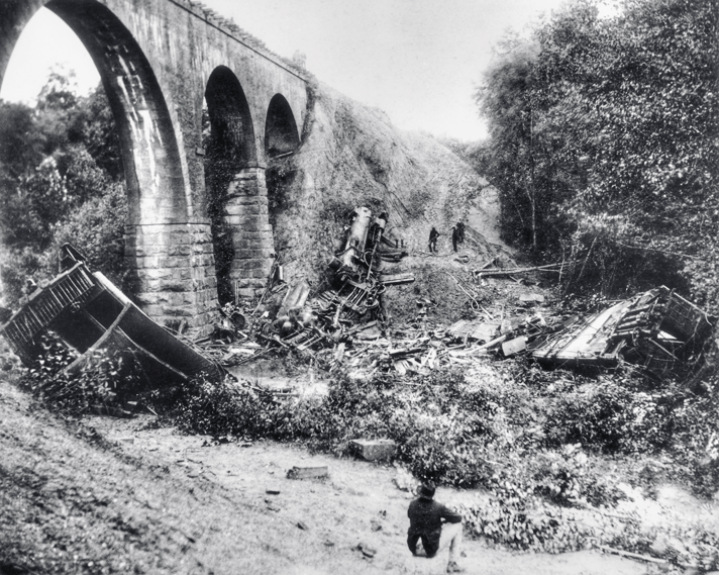 It was around 2:30 AM on August 27, 1891, when “Steam Locomotive No. 166 of train No. 9 of the Richmond and Danville Railroad (R&D)” left Statesville. According to the station authority, engineer William West was 34 minutes late and left Statesville in a hurry, trying to catch up on the delay.

Because of its high velocity around 55 to 65 km per hour, the train derailed and jumped the tracks on the 60-foot tall bridge, and the sleeping car hit the ground 153 feet from where it left the bridge.

Four days after the accident, a judicial inquiry concluded that the accident had been caused by unknown persons removing nails from the rails, which were probably in a neglected condition. Two years later, two men were convicted of alleged confessions to other inmates causing the accident.

The Phantom Train Of Bostian Bridge: 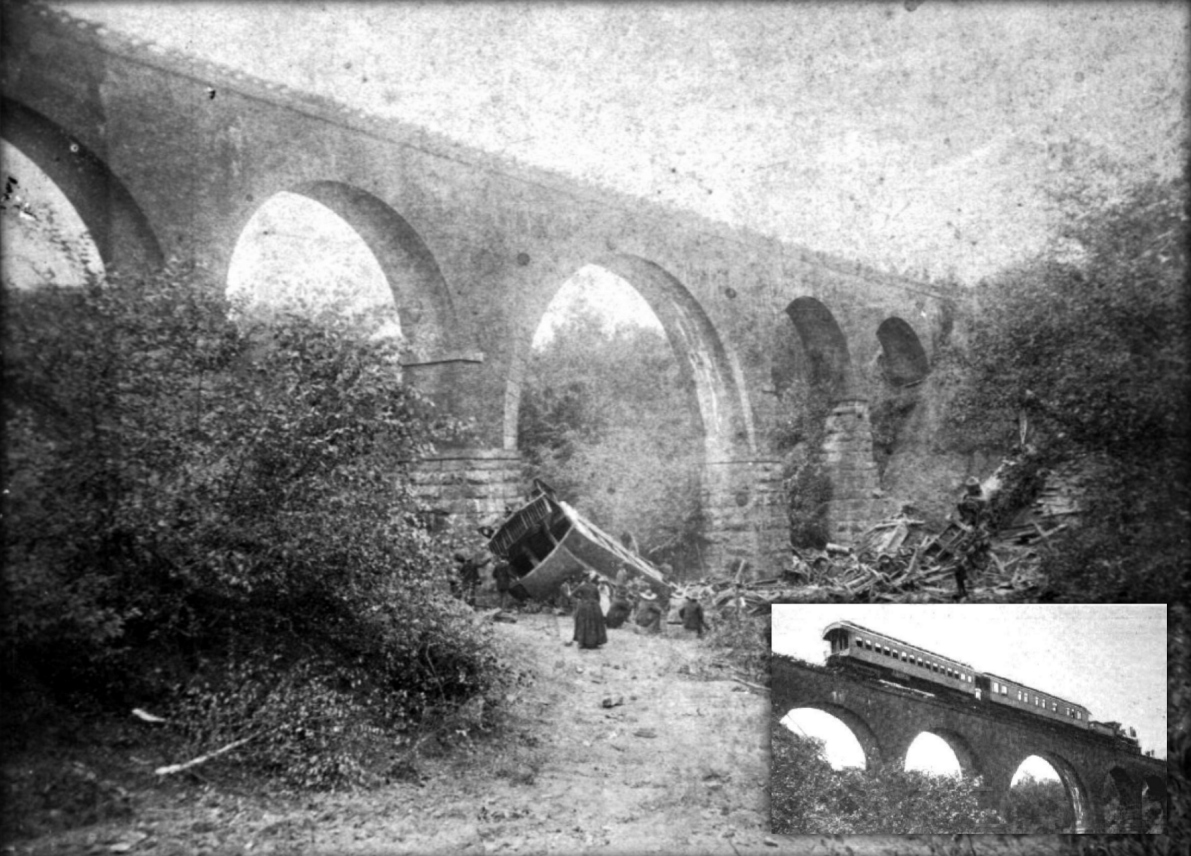 Since then, several people have witnessed an unworldly phenomenon within the bridge premises. According to these accounts, the phantom train said to be seen repeating its final journey on every anniversary of this tragic day.

People who witnessed claim to have heard the sounds of screeching wheels, screaming of the passengers―that was eerie like hell―and a horrific crash that happens the same way as before happened on its last journey. All these things appear in a tiny fraction of time and then just vanish into the thin air.

Apart from this, you can witnesses there a uniformed man wearing a gold watch standing under the bridge only to disappear in front of your eyes. Many believe it is the ghost of the train driver or one of the crew members who still wander the area.

Another tragic incident happened on the same day, 119 years later. A trespassing pedestrian was hit and killed by a train on the Bostian Bridge.

Many paranormal investigators theorize the strange event of the “Phantom Train of Bostain Bridge” as a part of residual haunting. It’s also known as “The Stone Tape theory” which speculates that most of the ghosts and hauntings are analogous to tape recordings, and those mental impressions during emotional or traumatic events can be projected in the form of energy, “recorded” onto rocks and other items and “replayed” under certain conditions.

Imagine that you are walking through your living room in your home and that you are being recorded as you do so, but not by a video camera or any other such device as we know it. All are being recorded by the very substances that were used in the construction of your house, the living room walls, for example, were capable of somehow recording you as you pass by and then replaying the images or scene under certain circumstances and conditions 100 years from now. Perhaps everything we do could be capable of being recorded this way!

What do you think? Is the “Phantom Train Of Bostian Bridge” a paranormal-fact or fiction?

10 of the strangest rare diseases you won't believe are real

The mystery behind the "Rock Ship of Masuda" in Japan