Whether we are in a good or bad state of mind, many of us never want to spend a day without listening to music. Sometimes when we get bored in a jam, or sometimes when we spend an intense moment in the gym, the song is always our best companion. And it is the only element that can blend in with our feelings, decreasing all the stress of mind. But what if a particular song causes people to die again and again? Unbelievable right! But believe it or not, it can really happen, at least history says so. 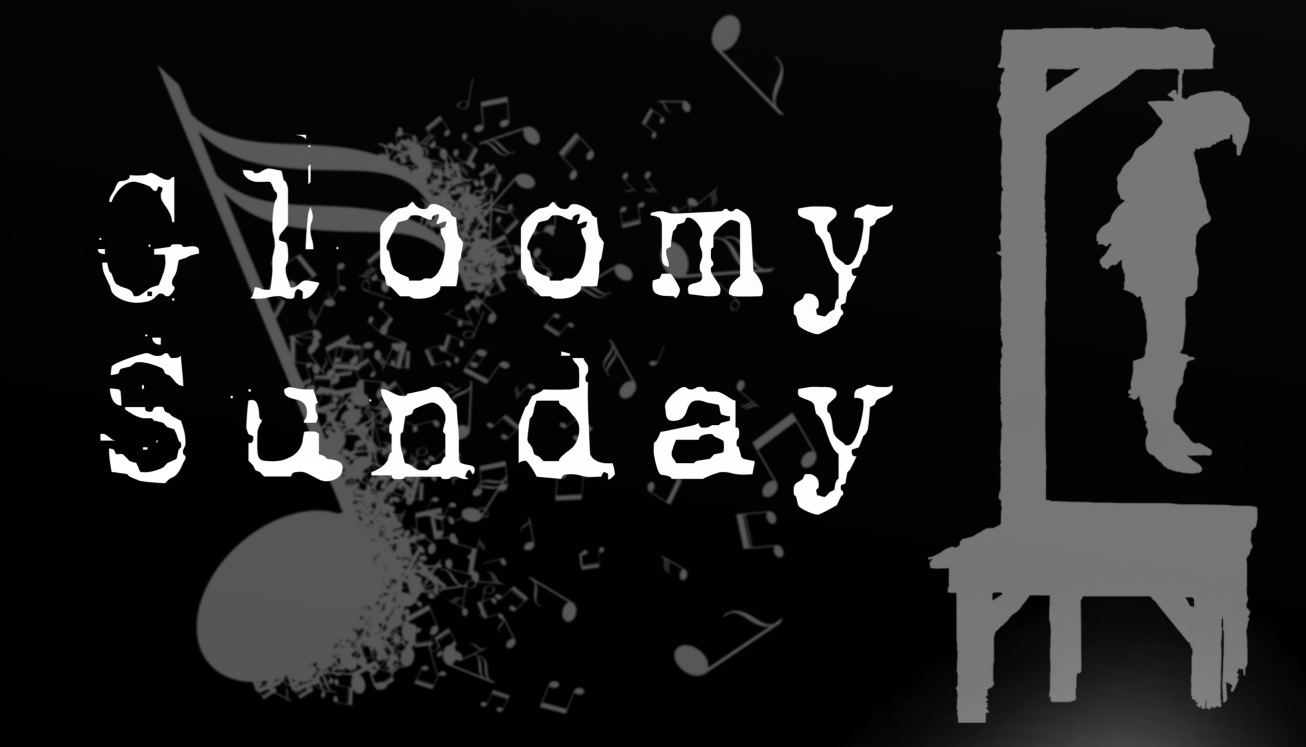 We are talking about “Gloomy Sunday,” The song, which has taken over hundreds of lives, and has been part of vivid history. Even the song’s author had died under mysterious circumstances. That’s how Gloomy Sunday has become popular as the “Hungarian Suicide Song.”

Let’s see what it was about before we say anything else about the song.

Sunday is gloomy
My hours are slumberless
Dearest the shadows
I live with are numberless
Little white flowers
Will never awaken you
Not where the black coach
Of sorrow has taken you
Angels have no thoughts
Of ever returning you
Would they be angry
If I thought of joining you
Gloomy Sunday
Gloomy is Sunday
With shadows, I spend it all
My heart and I
Have decided to end it all
Soon there’ll be candles
And prayers that are said I know
Let them not weep
Let them know that I’m glad to go
Death is no dream
For in death I’m caressin’ you
With the last breath of my soul
I’ll be blessin’ you
Gloomy Sunday
Dreaming, I was only dreaming
I wake and I find you asleep
In the deep of my heart here
Darling, I hope
That my dream never haunted you
My heart is tellin’ you
How much I wanted you
Gloomy Sunday

Background Of The Gloomy Sunday Song:

The song Gloomy Sunday was written by the Hungarian pianist and music composer Rezso Seress, who wrote this cursed song sitting in Paris in 1932. However, the place might be not Paris, but Budapest, according to some. At the time, 34-year-old Seress was struggling for a bit of success. Gloomy Sunday was first written as a poem rather than a song. Later the poem was composed on Piano’s C-Minor melody.

To this day, there are so many conflicting words about who or why wrote the song. Despite the fact that Rezso Seress is recognized as the song’s author, there are multiple claims on the story behind the song. As is most commonly known, when Seress became bankrupted due to litigations, one of his childhood friends named Laszlo Javor wrote this poem and sent him to give consolation. Later, with the help of Piano, Seress converted it into a song. Others claim that Serres was the sole writer and composer of the Gummy Sunday song respectively.

According to another story, after his lover had left him, Seress became so depressed that he melodized the mournful lyrics of Gloomy Sunday. Some, however, say that this song is a reflection of the post-world war and the thoughts that it might end. By then, in the aftermath of World War II, the Nazis’ persecution of Jews had reached its extreme. In Hungary, too, were extreme economic downturn and fascism during the period. All in all, Seress was having faint days at the time. Therefore, he poured all his deep pain into each and every word of this song, and that’s how his sadness touched songwriter Laszlo Javor’s heart.

The Curse Of The Gloomy Sunday:

There are several legends surrounding the Hungarian song Gloomy Sunday. A beautiful lady is said to have committed suicide after playing this song to her player. Gloomy Sunday was also found as a suicide note from the pocket of a businessman. Two teenage girls are said to leap off a bridge to their horrible deaths while singing this cursed song.

Another notable one is the lady who committed suicide listening to Gloomy Sunday song, and who was also Laszlo Javor’s lover. It is said that Javor’s lover had just written two words in her suicide note – ‘Gloomy Sunday’. So, Javor was also lonely like Seress. They both felt the inner meanings of the song. This time they needed a harmonious voice. Then, in 1935, the Hungarian pop singer, Pal Kalmer came forward to fill that lack. They altogether composed the beautiful song that was a bit like this – “after his lover’s death, the singer is asking his lover to join his own funeral. He wants to die so that their souls can come together to never separate again.”

Currently, the version of the song that can be heard everywhere was originally recorded by Billy Holiday in 1941.

In 1936, the Hungarian version of Gloomy Sunday was first recorded in English by Hal Kemp, where Sam M. Lewis helped to translate the words. The song, written by Lewis, this time directly persuades the path to suicide. Gradually, Gloomy Sunday earned its infamy by the name of “Hungarian Suicide Song.” Everyone shocked to the evidential news of numerous bizarre deaths inflicted by the cursed song, Gloomy Sunday.

According to reports, in the 1930s, more than 19 people committed suicide in America and Hungary, while the number was also heard to be 200 through the words of mouth. Guess what did police found in their pockets? Yes, the suicide notes with the Gloomy Sunday lyrics were in the pockets of all of the victims.

Many explain, listening to the song repeatedly brings a sense of aversion to life among the listeners and from which they choose the path of suicide. Two people even shot themselves while listening to the song. After all these things, is there any objection to the fact that the song is cursed?

The song was banned in Hungary as the trend of suicide among people steadily increased. Hungary, however, is one of the world’s top countries in terms of suicide rates. Every year, about 46 people choose a path to suicide in this small country. But the English version of the song Gloomy Sunday, which was sung by Bill Holiday, was still playing on the air.

Later in the 1940s, the BBC radio channel decided to stop listening to the song’s lyrics and started to play only instrumental. In their opinion, even if there was no incitement of suicide, the song could inspire anyone to go to war. After that, Billy Holiday’s Gloomy Sunday edition was lifted from everywhere. Since then more than six decades had passed, the radio channels eventually reconsidered the song in 2002 and lifted the ban.

Who knows the song was the culprit or not, but 35 years after the Gloomy Sunday’s composition, Rezso Seress jumped from his four-storey apartment roof and committed suicide in 1968. Why a single song lured so many people to their deaths is still a mystery. It left behind thousands of eerie questions that really need proper answers.

However, it does not yet end to everyone’s curiosity around the cursed Gloomy Sunday song. Elvis Costello, Heather Nova, Ginman Eivor, Sarah McLachlan and many other artists have recorded the new editions of Gloomy Sunday in recent days.

In 1999, director Rolf Schübel made a film based on the Gloomy Sunday song with the same name. He depicted the torture of the Nazis on Jews and a triangle love story with tragic consequences in the film, where he precisely blended the history and fictions altogether.

Listen to music, read books, or watch movies, whatever you want you can, but never think about suicide. Because this coward act can never solve your problems. Bear in mind, what you find hard today is going to be easy tomorrow, you have to do is waiting for your tomorrow.

The Hungarian Version Of The Gloomy Sunday Song: