With the development of knowledge and technology, the quality of our civilization is constantly being developed under the magical influence of science. People on Earth are very power-conscious today. People in the present modern world can’t imagine a moment without electricity. But when it comes to generating this electricity, we also have to find resources other than coal or gas, since these energy sources are not renewable. Finding alternatives to these energies was always one of the toughest challenges for the researchers. And from there, the process of generating electricity from nuclear sources was invented.

But radioactive substances, commonly used in these nuclear power centers, can cause destructive effects on humans and the environment at the same time. So the proper observation is the most important issue in this matter. Without that, an explosion could result in irreparable damage to this world anytime. An example of such an event is the Chernobyl Disaster or the Chernobyl Explosion that occurred at the Chernobyl Nuclear Power Plant in Ukraine, in 1986. Many of us already know less and more about the Chernobyl Disaster that once shocked the world community to the core.

The tragedy happened between April 25 and 26, 1986. The place of the incident is the Chernobyl Nuclear Power Center of the Soviet Union which was also known as the Lenin Nuclear Power Center. It was the world’s largest nuclear power plant at the time, and the Chernobyl Explosion is considered as the most damaging nuclear disaster on Earth that ever happened in a nuclear power plant. There were four nuclear reactors at the power center. Each reactor was capable of generating about a thousand megawatts of electricity a day.

The accident occurred mainly in conducting an unplanned nuclear test. It happened due to the negligence by the authority and the lack of experience of the workers and co-workers at the power plant. The test was conducted at reactor No 4. When it was out of control, the operators shut down its power regulatory system, as well as the emergency security system entirely. They had also intercepted the control rods connected to the cores of the reactor tank. But it was still working with almost 7 percent of its power. Due to so many unplanned activities, the reactor’s chain reaction goes to such an intense level that it could no longer be controlled. Therefore, the reactor exploded at around 2:30 o’clock in the night.

Two workers died immediately at the time of the explosion, and the remaining 28 died within a few weeks (more than 50 in the controversy). The most damaging thing, however, is that the radioactive substances inside the reactor including cesium-137 that were exposed to the environment, and were slowly spreading around the world. By April 27, nearly 30,000 (more than 1,00,000 in controversy) residents were evacuated elsewhere.

The explosion caused 50 to 185 million curie radionuclides to be exposed to the environment. Its radioactivity was so terrible that it was almost 2 times more powerful than the atomic bomb detonated in Hiroshima or Nagasaki. At the same time, its spread was 100 times the volume of Hiroshima-Nagasaki’s radioactive material. Within a few days, its radiation began to spread to neighbouring countries, such as Belarus, Ukraine, France, Italy and etc.

This radioactivity has a significant impact on the environment and its lives. The cattle started to be born with discoloration. There is also an increase in the number of radioactive related diseases and cancers, especially thyroid cancer, in humans. By 2000, the remaining three reactors at the energy center were also shut down. And then, for many years, the place is totally abandoned. No one goes there. Here in this article, we will know how is the current situation in the region after the disaster that occurred nearly 3 decades ago.

What Amount Of Radiation Is Still Available In The Chernobyl Region? 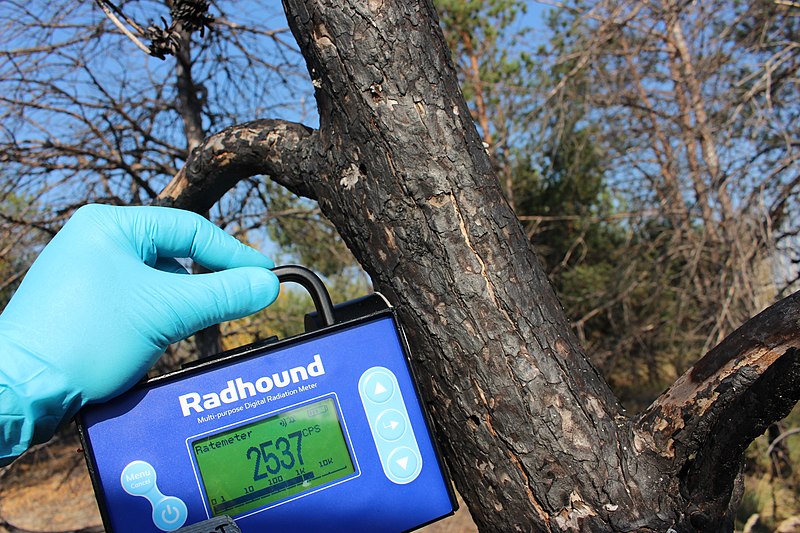 After the Chernobyl explosion, its radioactivity began to spread to the environment, soon, the Soviet Union declared to abandon the place. In the meantime, the nuclear reactor is centred around a circular exclusions zone with a radius of about 30 km. Its size was about 2,634 square kilometres. But due to the spread of radioactivity, the size was extended to approximately 4,143 square kilometres. To this day, no people are allowed to live or do anything within these specific areas. However, it is allowed for scientists or researchers to enter the site with special permission and for a short time.

After the Chernobyl disaster, nearly three decades have passed but the pertinence of living there even in the adjacent area is still controversial. While the area is depopulated, it is also home to natural resources and livestock. Now the abundance presence and diversity of wildlife are the new hopes for this cursed region. But on the one hand, the radioactive pollution of the environment is still dangerous to them.

Influence On Wildlife And Animal Diversity:

Residents in the Chernobyl area were evacuated shortly after the deadliest nuclear explosion that occurred nearly 34 years ago. However, it was not possible to evacuate the wild lives entirely from the radioactive zone. As a result, this Chernobyl exclusions zone has become an important place for biologists and researchers. Now many researchers are here to study radioactive living communities and to determine their similarities with common living communities.

Interestingly, in 1998, a particular species of extinct horse species was liberated in the region. This particular horse species is called the Przewalski’s horse. Since humans don’t live here, it was decided to open these horses to the region for the needs of the breed of wild horses. The result was also quite satisfactory.

Since the people settle down, the area becomes a perfect habitat for animals. Many also describe it as the bright side of the Chernobyl accident. Because on the one hand, the place is uninhabitable to humans, but on the other, it plays a key role as a safe habitat for animals. Besides this, the diversity in its flora and fauna can also be noticed here.

A report by National Geographic in 2016 revealed a study on wildlife in the Chernobyl region. Biologists conducted a five-week monitoring operation in there. Interestingly, wildlife was caught on their camera. It has a wide range of species including 1 bison, 21 wild pigs, 9 badgers, 26 grey wolves, 10 sheals, horses and so on. But among all these, the question remains about how much radiation has affected these animals.

As the studies show, the effect of radioactivity on wildlife in Chernobyl is certainly not a pleasant course. There are several types of butterflies, wasps, grasshoppers and spiders present in the area. But the effects of mutations on these species are higher than normal due to radioactivity. However, research also shows that the radioactivity of the Chernobyl explosion is not as strong as the potential for wildlife to become extinct. In addition, these radioactive substances exposed to the environment have also had a severe impact on the plants.

The Prevention Of Radioactive Pollution From The Chernobyl Disaster Site:

It’s reported that the upper steel lid of Oven-4 had blown up when the horrific accident took place. Due to this fact, radioactive substances were still releasing through the mouth of the reactor, which was polluting the environment dangerously.

However, the then Soviet Union immediately built a concrete sarcophagus, or special cramped houses surrounding the reactors, to prevent the remaining radioactive materials’ eruption to the atmosphere. But this sarcophagus was originally built for only 30 years, and many workers as well as soldiers had lost their lives to build this structure in the hurry. As a result, it was slowly decaying, therefore, scientists had to repair it as soon as possible. In the process, scientists started a new project called the “Chernobyl New Safe Confinement (NSC or New Shelter).”

Chernobyl New Safe Confinement is a structure built to confine the remains of the number 4 reactor unit at the Chernobyl Nuclear Power Plant, which replaced the old sarcophagus. The mega-project was completed by July 2019.

The New Safe Confinement was designed with the following criteria:

Priority Of The Safety:

In the whole process, worker safety and radioactive exposure are the first two priorities that authorities gave it, and it’s still on the follow up for its maintenance. To do that, the radioactive dust in the shelter is monitored all the time by hundreds of sensors. Workers in the ‘local zone’ carry two dosimeters, one showing real-time exposure and the second recording information for the worker’s dose log.

Workers have a daily and annual radiation exposure limit. Their dosimeter beeps if the limit is reached and the worker’s site access is cancelled. The annual limit (20 millisieverts) may be reached by spending 12 minutes above the roof of the 1986 sarcophagus, or a few hours around its chimney.

The Chernobyl Disaster is undoubtedly a terrible nuclear explosion in world history. It was so terrible that the impact is still in this cramped area and the radioactivity is very slowly but still spreading there. The radioactive substances stored inside the Chernobyl Power Plant have always forced this world to think about the harmful aspects of radioactivity. Now the town of Chernobyl is known as the ghost town. That’s normal. Only concrete houses and stained walls stand in this unmanned zone, hiding a fearful dark-past under the ground. 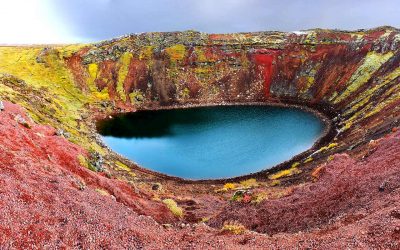 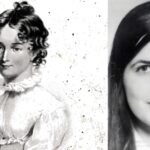 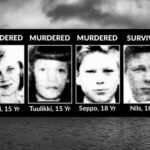 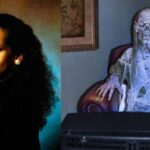 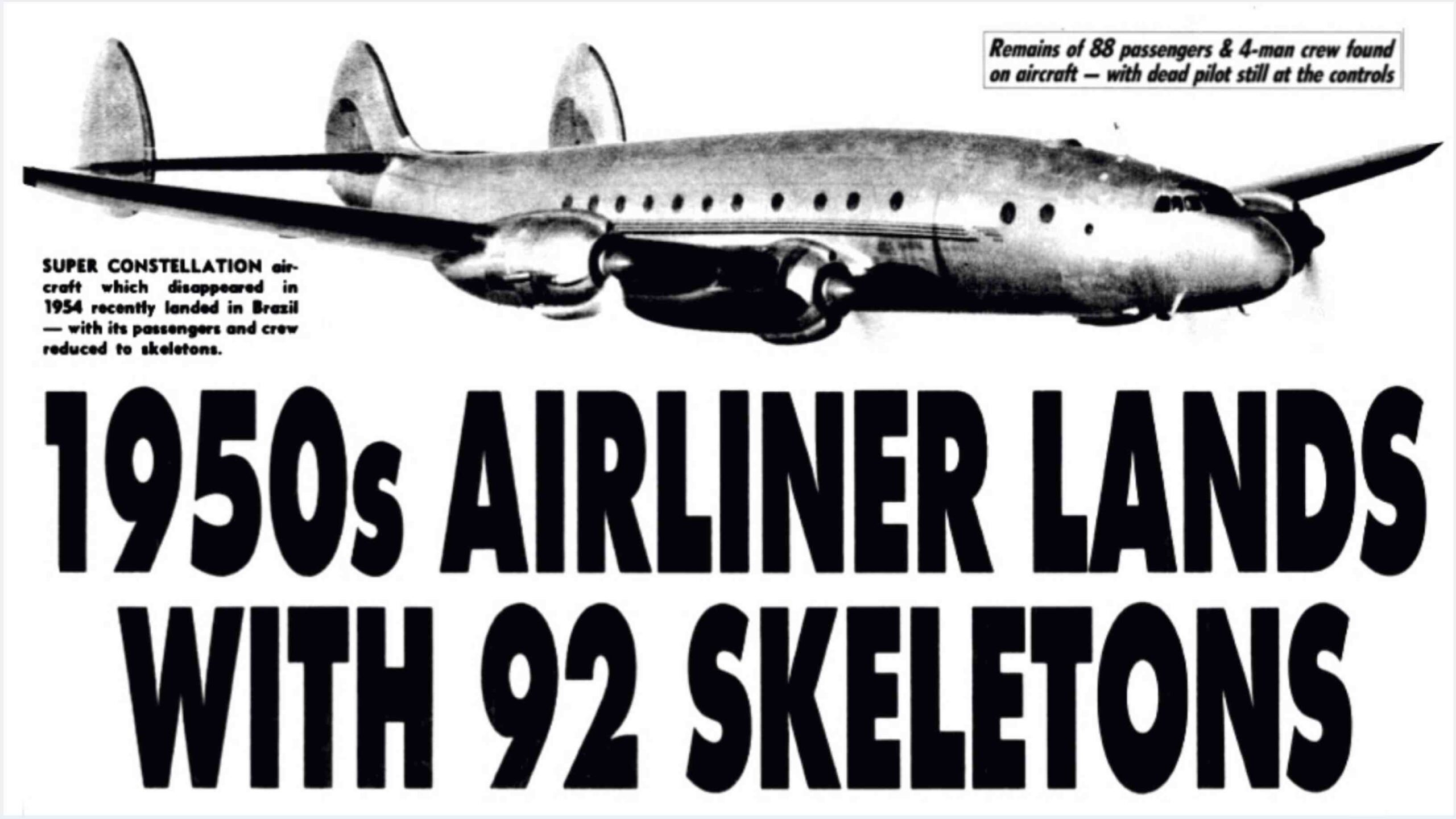 The Missing Santiago Flight 513 Lands After 35 Years With 92 Skeletons! 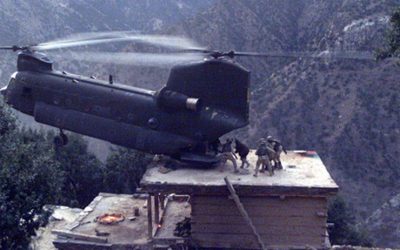 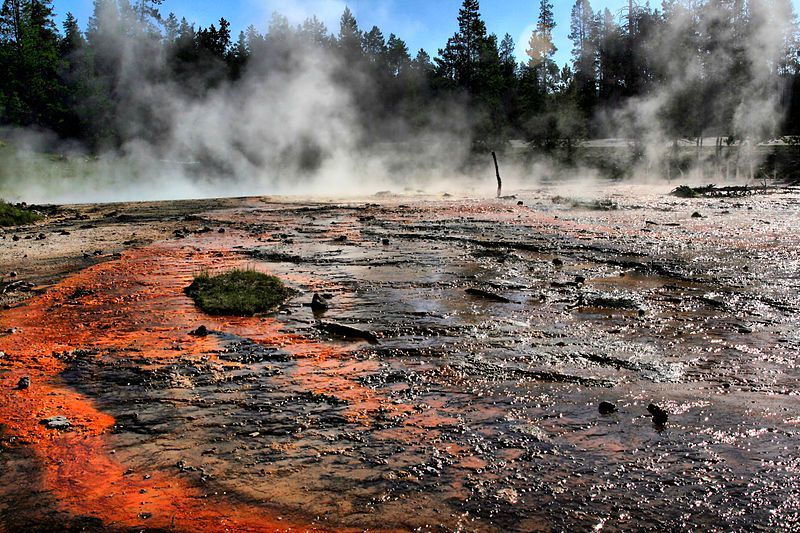 David Allen Kirwan – The Man Who Died After Jumping Into A Hot Spring! 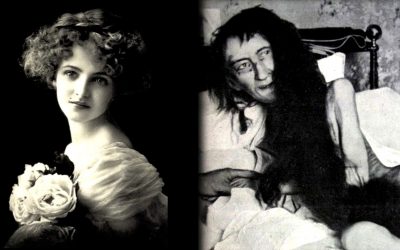 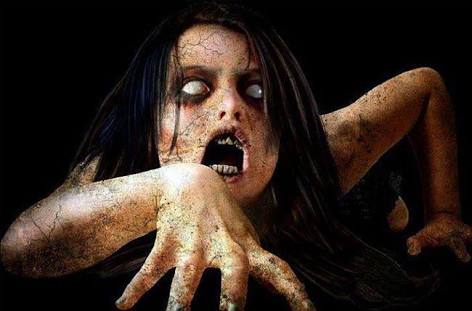