Charles Darwin once believed that not only did human beings have a direct kinship with other animals, but the latter had social, mental and moral lives too. Later, in his book The Descent of Man, he wrote: “There is no fundamental difference between man and the higher mammals in their mental faculties.” This is bitter but the truth, even in this modern world; especially when the terms ‘psychopath’ and ‘sociopath’ are coined in front of humanity. 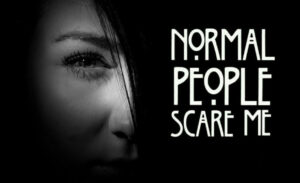 The psychopath has the image of a cold, heartless, inhuman being. Though people use the terms “psychopath” and “sociopath” synonymously, there are some basic differences.

The psychopath is someone who gets the disorder because of a genetic predisposition. They can’t feel empathy or be part of a loving relationship, don’t have a conscience and are unable to feel guilt. But they are excellent at understanding and mimicking human emotions. If a psychopath is going to commit a crime, he’s going to be very precise and plan it very carefully. Whereas sociopath displays antisocial behaviour because of environmental factors. They can form quite a normal relationship and even have legitimate close friends. Their actions are usually unplanned and leave a lot of clues.

Today we will tell you about 10 early signs or symptoms of psychopathy in child and adults that could be really healed with some positive efforts. From serial killers to cybercriminals every evil person behaved like this in their early life and, unfortunately, nobody noticed it in time. So everyone should learn about these ten psychological things that will indeed help them to enhance their own lifestyles and their mental environment:

Animal cruelty is when someone hurts an animal or does not care for an animal responsibly, like not giving a dog or cat food and water. It is against the law to be cruel to or harm animals, even your own pets. It’s also called animal abuse, or neglect. The connection between animal abuse and psychopathy is so obvious that the FBI in the US even started recording the cases of animal abuse in their annual criminal reports.

Throughout history humans believed to have a God-given right to treat nonhuman animals with cruelty however some individuals were concerned, for example, Leonardo da Vinci once purchased caged birds in order to set them free. He also expressed anger within his notebooks with the fact that humans use their strength and power to raise animals for slaughter.

Don’t lie to yourself that there is a “humane” way of killing a living being. ―Kat Von D

Actually, most of the world is now involved in these gruesome acts, either directly or indirectly. We kill and eat more than 58 billion animals a year worldwide, not counting fish. It’s been proved that all animal misuse starts with eating meat. For example, if you can eat an animal, then you can experiment on it and kill it for aphrodisiacs, living room wall collections and jewellery. And there is no morality of being selective, saying that dogs and cats should not be killed but pigs and goats should be.

We do not need to eat animal foods to be healthy at all. We eat animals because they taste good. Even mainstream professional organisations and governmental regulatory bodies recognize that.

However, being non-vegetarian is not a characteristic of the psychopath or any other such mental disorder, so don’t panic if you are. Here we have put forth this topic for general awareness purpose only.

Arson is the crime of willfully and maliciously setting fire to or charring property. Though the act typically involves buildings, the term arson can also refer to the intentional burning of other things, such as motor vehicles, watercraft, or forests. These people are also delightfully intended to spoil the valuable things of any other person without any adequate reasons. In fact, you can see their cruel faces distinctly in any riots or in any other such destructive mobs. This psychological trait is considered as a serious early sign of a sociopath.

3| A History Of Enuresis

Enuresis or nighttime loss of bladder control, or simply know as bed-wetting is a repeated inability to control urination. Bedwetting can occur up to age 5 as part of normal childhood development. This disorder often provokes acts of arson, animal abuse, and many other things because this condition is humiliating for a child. As a result, they get angry and offended. If parents don’t react well to the fact that their child has these accidents or if the child’s friends mock them, this can make them make the wrong turn. There’re uncountable cases of such psychopathic child with a history of Enuresis.

4| Lack Of Morality And Violations Of Rules

Rules are meant to be broken; that’s how you WIN.

Many people live, making this line the first principle of their life. In this way, they gradually involve in various anti-social activities.

If you repeat a lie often enough, it becomes accepted as the truth.

Pathological lying is a behaviour of habitual or compulsive lying. The liar manipulates others by some pre-scripted fake incidents that tend toward presenting them favourably. They “decorate their own person” by telling stories that present them as the hero or the victim. It’s one of the most common signs found in a psychopathic child.

In most cases, they are usually involved in a Victim playing, which is also known as the self-victimization. It is the fabrication of victimhood for a variety of reasons such as to justify the abuse of others, to manipulate others, a coping strategy or attention-seeking. Many think, females are more likely involved in these acts, but according to accounts, males and females, both are intended to commit these acts in their own ways.

When someone constantly puts you down, leaves you feeling like you can’t do anything right, or makes you feel worthless and bad about yourself in general… it’s emotional abuse.

Gaslighting is a form of psychological manipulation that seeks to sow seeds of doubt in a targeted individual or in members of a targeted group, making them question their own memory, perception, and sanity. It acts like a brainwashing procedure. Using persistent denial, misdirection, contradiction, and lying, it attempts to destabilize the victim and delegitimize the victim’s belief, and they ultimately lose their own sense of perception, identity, and self-worth.

Sociopathy is, at its very essence, ice-cold. —Martha Stout

Insensitivity shows a lack of empathy and cold-heartedness. Someone with a ‘cold heart’ will often try to control the people around them through manipulation. This is because they often lack empathy for other people. The basic sign of any sociopath or psychopath is that they lack empathy, ethics, and reflection.

According to some psychologists, people who watch horror movies for fun and sleep well afterwards are potential psychopaths. They are more rational and calm when it comes to violent or griefs like deaths, accidents or other macabre events, thinking and acting with the so-called cold blood. While another theory conveys that it’s also possible they have a higher mental and physical pain tolerance, therefore, they have a slight inclination towards miseries and seeing the worst in human nature unfold, making them positively strong from inside in such tragic situations.

Narcissism is, in a metaphorical sense, one half of what sociopathy is. —Martha Stout

It’s the tendency to think very highly of one’s own self and to have little or no regard for others. A narcissist is selfish, vain, and a glutton for attention. They may lie without remorse, and manipulate, but they will not openly admit this. They will likely blame someone else and say that the person somehow caused them to lie. But there’s a range. Just because you have some of the traits that don’t mean you’re mentally unhealthy.

Experts might say it when those traits start to hurt your relationships and distort your sense of self. Extreme narcissism can cross over to a mental illness called narcissistic personality disorder. Your life revolves around your need for approval. You don’t understand or care about others’ feelings. You’re convinced you’re special, and you need others to acknowledge it.

The emptiest people on this planet are usually the ones full of themselves.

A self-centred person is excessively concerned with his or her own self and own needs, like a selfish. These people tend to ignore the needs of others and only do what’s the best for them. But they are not Narcissists as they don’t lie and they are even empathic. They just don’t like to interfere in other’s life and don’t let others interfere in their own lives in any way. Though they’re not harmful to anyone, they become alone in social life, which may actually affect their happiness.

Toxic parents intentionally create tension between their own children. Why? It’s all about control.

According to the psychologists, most narcissists see their children as possessions rather than people. It is understood that psychopaths are not capable of the love that neurotypicals can experience. Their different chemical wirings in areas such as the prefrontal lobe in the brain simply make it not possible for them to experience it. They however still can take care of their children really well and appear like a perfectly normal family on the outside. If they see it as a task worth spending effort on, they will work harder on it than a lot of people may.

Whereas, sociopaths shut off some emotions as a result of childhood trauma and genetic factors. Some may still love their children, some may not be able to, some may still feel just a bit that recognize there are emotions flowing in them.