Dolls are created to offer comfort and entertainment to young children everywhere. Yes, the beginning of the story of a doll is almost the same, but the end of each story is not the same; especially when those lifeless eyes learn to experience the difference between light and darkness. 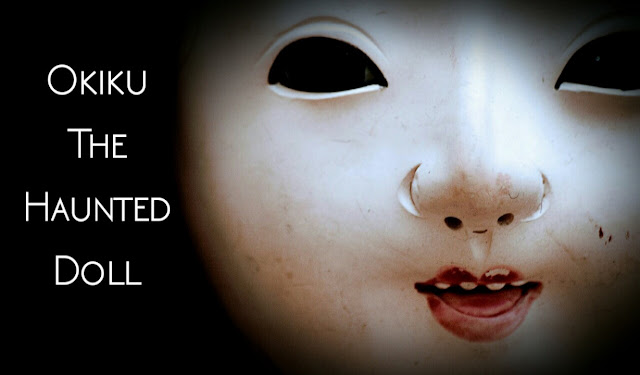 Okiku, also known as “The Haunted Doll of Hokkaido” is a creepy old Japanese doll that is said to be haunted by the spirit of a little girl.

The Stoy Behind Okiku The Haunted Doll Of Hokkaido:

There are various legends regarding Okiku, but the most popular story people recite that is of a traditional Japanese doll bought by a young boy from Hokkaido in the late 1910s.

In 1918, a 17-year-old young boy named Eikichi Suzuki bought a doll for his 2-year-old sister, Okiku. The little girl named the doll after herself and played with it for hours. She used to take it everywhere with her and slept with it every night. Gradually, Okiku and the doll became inseparable until tragedy struck the following year and Okiku fell gravely ill. The girl soon died from complications of severe influenza and fever.

The mourning family placed her beloved doll in a family altar for remembrance of their daughter, and that’s when things started getting strange. They soon noticed that the doll’s hair getting longer, which continues to grow despite frequent trimming. They took this as a sign that their daughter left her spirit in the doll.

In 1938, Okiku’s family decided to move from Hokkaido but they felt that it would be best for Okiku’s spirit to remain on the island where she had spent her life. So that they entrusted the doll to the monks at Mannenji Temple, where it is still on display.

Some sources also claim that a number of scientific tests reveal the doll’s hair is indeed of the human child and it’s said to be still growing as usual. Nobody has been able to explain why or how it’s happening. Whereas, many even claim another strange thing about “Okiku the Doll” that if you get close enough to it and look into its half-open mouth, you can see its growing teeth!!

Nowadays, “Okiku the Doll” has long hair flowing down all the way to its knees, and visitors often come to the Mannenji Temple for seeing its legendary human hair, but they are not allowed to photograph it.

However, Okiku’s story has inspired numerous novels, films and traditional Kabuki plays, some of which have added even creepier elements, like the doll giggling, wailing or moving around.

Is “Okiku the Doll” really inhabited by the spirit of its once little owner, Okiku?

To find out the best answer, our advice is to visit the place and see the doll in your own eyes. So if you’re ever on Japan’s Hokkaido island, head over to Mannenji Temple to meet Okiku, the famous Haunted Doll of Hokkaido, and get stared at by its beady black eyes.