The bone chilling story behind the Howrah Mullick Ghat 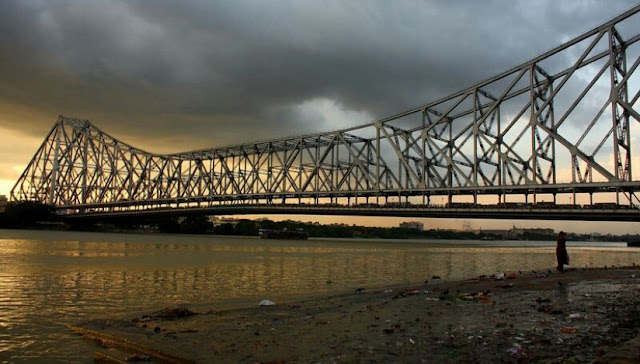 India, the country that holds thousands of mysterious phenomena in its nature, from the deserted haunting places to its big crowded cities all are stood in its prime when talking about the strange and unexplained happenings. If you have ever gone to Kolkata that is called “The City Of Joy,” you definitely saw the huge structure of Howrah Bridge where the Ganges River meets this megacity. Right below the bridge, there are two spots, Mullick and Zanana Ghat that are believed to be the centre for various spooky paranormal activities during the day time too. And you could find these names in every list of the most haunted places in the Kolkata city.

People who visit these ghats early in the morning see the flailing pale hands rising out of the water asking for help and when someone tries to rescue those drowning persons, the hands suddenly disappear into the silence of water. They warn that if you try to save the apparitions, you might end up losing your life!

It is said that the hands are of those people who have lost their lives in the Ganges– either by committing suicide or by drowning in the river in this stretch under the Howrah Bridge near the Mullick Ghat flower market. Wrestlers who practice here in the wee morning hours report strange noises coming from just above the water’s surface. On the other hand, the bridge has witnessed quite a few bizarre deaths since its inception.

Some people also tell about the terrible fate of witnessing a woman in white there, sobbing and calling their name in a shrill voice late at night which lure them into a state of trauma or even to their horrific death!

Pluckley: The world's most haunted village, according to the Guinness Book