The legend of Pichal Peri is not for the faint of heart!

A century-old eerie legend based on an unexplained paranormal entity called the Pichal Peri still haunts the people who live in the Northern Mountain ranges of Pakistan and the Himalayan foothills of India. 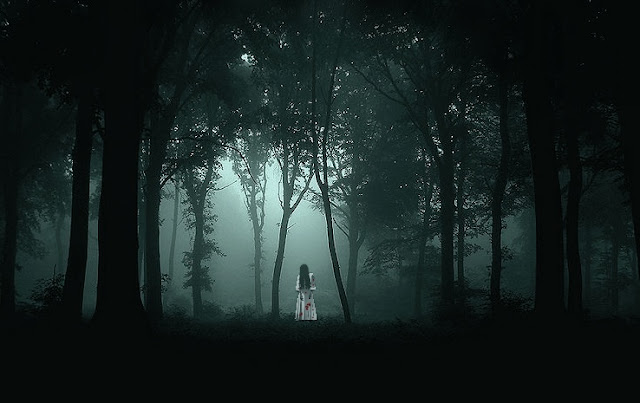 The story of Pichal Peri (پیچھل‌ پری) has almost a similar outcome like the story of Pontianak in the Filipino Culture and the story of Churel (चुड़ैल /چڑیل) in the Indian-Pakistani cultures have.

However, certain circumstances make the legend more dreadful, conveying a suppressed fear. Because, most of these Pichal Peri legends don’t specify whether the Pichal Peri is harmful or not; it appears, spends some time and then just disappears, leaving a terrible experience to the witness. And it becomes worst when people witness one of Pichal Peri’s most prominent characteristics before it vanishes into the thin air.

The Scary Stories Behind The Pichal Peri:

The Pichal Peri legend has two forms and the most storied form is of a traditionally beautiful woman, who appears in deep isolated woods after dark targeting the vulnerable men asking help, and after a while, she just vanishes to freak them out. She is able to disguise everything about herself except her feet, which always point backwards! So, they are also known as the back footed women-ghosts.

In fact, the name “Pichal Peri”  has come from “Pichhal Pairee” which literally means “back footed” in the Hindi-Urdu language.

While some other legends assert that the beautiful woman transforms into a scary demonic-witch who is twenty feet tall with a long face, dirty fingers, a hunchback, bloodied clothes, large circular eyes and messy hair that covers most of her face.

It is said that if anyone shouts the name “Pichal Peri” once within the limits of those haunted woods, the witch will appear to give a horror experience within minutes.

The Local Folklores Of Pichal Peri:

Many villagers, especially the elders claim that locals and tourists often go missing when they enter the woods alone in a wrong time and they are never found. They believe the Pichal Peri is the culprit of all these unexplained missing events.

They even believe some of the mountain peaks are extremely haunted by these supernatural beings; that’s why many mountain climbers have died to attempt climbing these peaks, and they suggest the Malika Parbat peak is significantly one of them.

However, there are some people who don’t believe in the existence of Pichal Peri in these mountain-territories, and they say the mountain climbers have died due to the harsh weather, higher altitudes, chilling temperature and the deadly nature of the mountain’s terrain.

Another Creepy Legend Of Pichal Peri:

In one legend, there was a 35-year-old man who was returning home from his shop late on a bleak night. He was on his motor-bike and he had to pass through the forest to reach his house.

Just before he would enter the forest he saw a beautiful girl crying side by. He stopped his bike and asked her why she was crying. The girl said she was lost in the forest and somehow she managed to come out but she was unable to find the path to her house.

In this situation, to assure her, the man said if she wants she could stay at his house for that night and the very next morning they will together find her house. The girl agreed.

While they were passing through the forest, another woman suddenly came in front of his bike and he stopped only to find the girl on his back seat had vanished. He was really shocked but he instantly got it that she was not a living person and that he had encountered a ghost of Pichal Peri.

Nevertheless, just to be confirmed, he asked the woman if she had seen a Pichal Peri girl on his bike. In response, the woman asked with surprise, “what is a Pichal Peri?” And he said, “a back footed woman ghost who can disguise everything”. She replied, “ohh, like this!” showing her feet which pointed absolutely backwards!

The ghost of a neighbour saved them from a deadly fire

The strange story of the Blue People of Kentucky