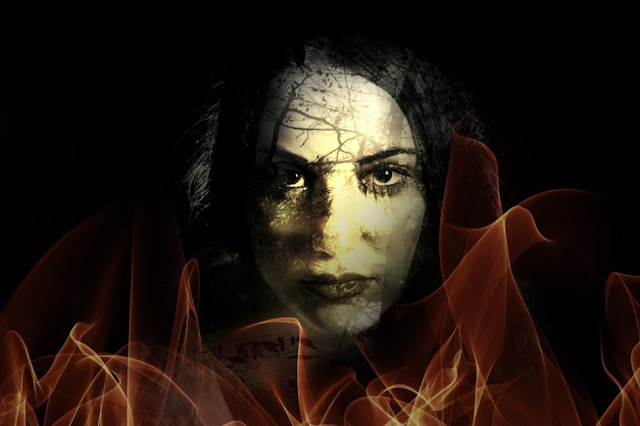 In September 1994, a family along with all other residents of the apartments were saved from a possible death by fire or smoke inhalation by the ghost of their dead neighbour. This strange and unbelievable incident really happened in a four-storey apartment building in the suburb of the Charlotte city, North Carolina, United States.

According to Maybelle Johnson, at the time of the fire, she lived with her husband, Lamar, and their three kids in the apartment. That winter their neighbour, Jeanette, a sickly young woman in her early twenties, began suffering with advanced stages of leukaemia. She was a cheerful, courageous and hardworking lady.

Eventually, Jeanette becomes so close to Maybelle’s family, especially to their kids. But sickness never comes with an alarm, it was too late for Jeanette. For her joyful nature, it was hard on all of her friends to see her becoming so ill and in so much pain. Unfortunately, Jeanette had died in April and all the residents of that apartment building considered it a real tragedy that such a good person had to die so young!

One night, about a month after Jeanette’s passing, Maybelle was in bed with her husband, just starting to drift off to sleep. She had been feeling kind of restless with worry about bills and stuff. As she was finally falling asleep, she rolled over on her side, and there, solid as life, standing right by her side of the bed, was Jeanette!

Maybelle wasn’t scared of her being a ghost and all, but she admits that she was startled to see her there. She blinked her eyes and shook head. When the image of Jeanette remained at her bedside, she giggled and said out loud, “I always thought that if I ever saw a ghost, I would be scared silly. But I’m not at all afraid of you, Jeanette.” Jeanette’s spirit-form smiled at her, but her face immediately became very serious. “Girl,” she said, “if you don’t get up and get your family out of here, you’re gonna be a ghost just like me!” With that warning pronounced, Jeanette’s image vanished, but she certainly had Maybelle’s complete attention because she wasn’t ready to be a ghost yet since she had three little kids to get raised.

Maybelle elbowed her husband to wake him, and told him that she had just seen Jeanette’s ghost, and she said that they had to get out of the house. Lamar rubbed his eyes and grumbled at Maybelle, “It’s two o’clock. What are you doing waking me up at this hour? You know I’ve got to be at work by six. I need my sleep.” She told Lamar again that Jeanette’s ghost had come to her and warned saying leave the apartment immediately, but he just grumbled that it had only been a dream, and that Maybelle should let him get back to sleep.

After a few more minutes of arguing about the reality of Jeanette’s ghost and the urgency of her warning, Maybelle finally convinced Lamar to get out of bed to at least look around their apartment. Lamar had no sooner shoved his feet into his slippers at the side of the bed when he said that he smelled smoke. Suddenly wide awake, Lamar ran to the door of their apartment and opened it to find the hallway beginning to fill with thin clouds of smoke. “Oh, my God,” he shouted back to Maybelle, “the place must be on fire! You get the kids up and dial 911, and I’ll wake the others in the building!”

Within minutes they had vacated their apartment and spread the alarm that saved the lives of the other tenants in the building. Because of the early detection of the fire, the firemen were able to keep damage to a minimum. It was later revealed that the new occupant in Jeanette’s old apartment, a heavy cigarette smoker, had accidentally dropped a lit cigarette in the cushions of an easy chair before he had gone out to shop at an all-night supermarket.

In the days that followed, Maybelle was not at all shy about letting everyone know that they allowed their continued existence on the planet to Jeanette’s ghost.

This engrossing story was published in a true event based book named “Real Ghosts, Restless Spirits, and Haunted Places” written by Brad Steiger.