Skip to content
Crowded with thousand million mysteries, the Universe has been baffling us from the beginning, making a never-ending journey of our intellection. And along with its unexplained Dark Matter and Dark Energy, our universe holds another huge part of its mystery called the “Missing Baryonic Matter” that also leads a big question to our present science. 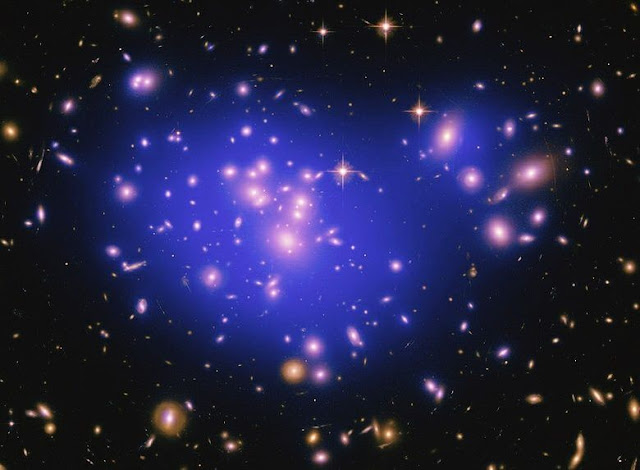 A baryon is the unit of Baryonic Matter that is a composite subatomic particle made up of three quarks – a triquark, as distinct from mesons, which are composed of one quark and one antiquark. Actually, all the Regular Matters that may be encountered or experienced in everyday life are Baryonic Matter. But, what’s about the missing matter or so-called Missing Baryonic Matter??
Since the last two decades, many astrophysicists have explained that the missing Baryonic Matter may be found inside galaxies, in the material which known as the warm-hot intergalactic medium, however, the Universe’s missing baryons remain a hotly controversial topic till this day.
According to the new research of two separate teams – one was led by Hideki Tanimura, held at the Institute of Space Astrophysics in Orsay, France, and the other team was led by Anna de Graaff, held at the University of Edinburgh, UK – they have found the missing matter which is catenating galaxies together through the invisible filaments of slightly hot, diffused gas.
Due to being so ethereal and not quite hot enough for the X-ray telescopes to pick up, nobody has been able to see it before. So that, the two research-groups had to search out another way to definitively conclude these threads of gas do really exist there.
Both teams have followed the systematic rule of a phenomenon called the Sunyaev-Zel’dovich effect that occurs when light left over from the big bang goes beyond through hot gas. As the lights travel, some of it diffuse off the electrons in the gas that leaves a petit patch in the cosmic microwave background which indeed indicates its existence there.
However, there is no suitable spot or instrument that we have invented yet to observe these threads of gas instantaneously, and the Missing Baryonic Matter is been completely a speculation until now.
To get daily short stories, history bites and mystery updates, like us on Facebook
READ:  The Riddle Of The Sphinx: An Unsolved Ancient Mystery
CosmologyDiscoveryWeird Science
Facebook Twitter Pinterest Reddit Telegram