The haunted fort of Bhangarh – A cursed ghost town in Rajasthan

Lying on a famed historic site of India dating back to the late sixteenth century, the Bhangarh Fort has prevailed over the beauty of Sariska forest in the Alwar district of Rajasthan. Every historical place conveys some vivid memories, few of them are still glittering with the joy of their greatness, but some are ominously burning in the fiery trial of griefs and pains, like the ruin of Bhangarh Fort conveys in itself.

The Bhangarh Fort – which is believed to be India’s most haunted place, as well as one of the most haunted places in Asia – was built by the Kachwaha ruler of Amber, Raja Bhagwant Das, for his younger son Madho Singh in 1573 AD. It is the only haunted location remarked by the Indian Government, prohibiting entry of the people after the sun goes down.

Outside of the Bhangarh Fort, a signboard could be seen which is authorized by the Archaeological Survey of India (ASI) and is written in Hindi saying “Entering the borders of Bhangarh before sunrise and after sunset is strictly prohibited. Legal action would be taken against anybody who does not follow these instructions.”

There are a number of legends to tell behind the fate of the Bhangarh Fort, but the most mysterious yet fascinating of them belong to two different stories that stand out above the rest:

1. The Bhangarh Fort Was Once Cursed By A Tantrik (Wizard):

This legend is centred on two prominent characters, Singhiya, a mischievous Tantrik and the beautiful princess Ratnavati, who was the grand-daughter of Madho Singh. She was much younger than her stepbrother Ajab Singh and was universally liked for her delightful temperament, while Ajab Singh was disliked for his rude behaviours. To say, Ratnavati was the jewel of Rajasthan during the period.

However, Singhiya, who was well adept in black magic, fell in love with princess Ratnavati. But knowing that he didn’t stand a chance with the beautiful princess, he tried to cast a spell on Ratnavati. One day while the princess along with her maid was buying ‘Ittar’ (perfume) in the village, the Tantrik replaced the bottle with a spell cast on it by tricks so that Ratnavati would fall in love with him. But Ratnavati came to know of this and threw the bottle on a big boulder nearby, as a result, the boulder mysteriously started to roll down towards the Tantrik and crushed him.

Before his death, the Tantrik cursed the princess, her family, and the entire village that “Bhangarh would be destroyed soon and no one will be able to live within its precincts.” The next year, Bhangarh was invaded by the Mughals from the north, which led to the death of all the people who lived in the fort including Ratnavati and most of the villagers. Today, the ruins of Bhangarh Fort is believed to be extremely haunted by the ghosts of the princess and the evil Tantrik. Some even believe that all the restless souls of those accursed villagers are still trapped in there.

2. The Fort Was Once Cursed By A Sadhu (Saint):

Another legend claims that the city of Bhangarh was cursed by a sadhu named Baba Balu Nath, living on top of the hill on which the Bhangarh fort was built. Raja Bhagwant Das constructed the fort after obtaining due permission from him on one condition, “The moment the shadows of your palaces touch me, the city shall be no more!” This condition was honoured by all except Ajab Singh, who added columns to the fort that cast a shadow on the sadhu’s hut.

The angry sadhu’s curse doomed the Bhangarh within no time by ruining the fort and the surrounding villages, and the Bhangarh Fort became haunted. Sadhu Baba Balu Nath is said to be buried there to this day in a small samadhi (Burial), and his small stone hut can still be seen adjacent to the haunted Bhangarh Fort.

The Spooky Incidents Within The Bhangarh Fort Area: 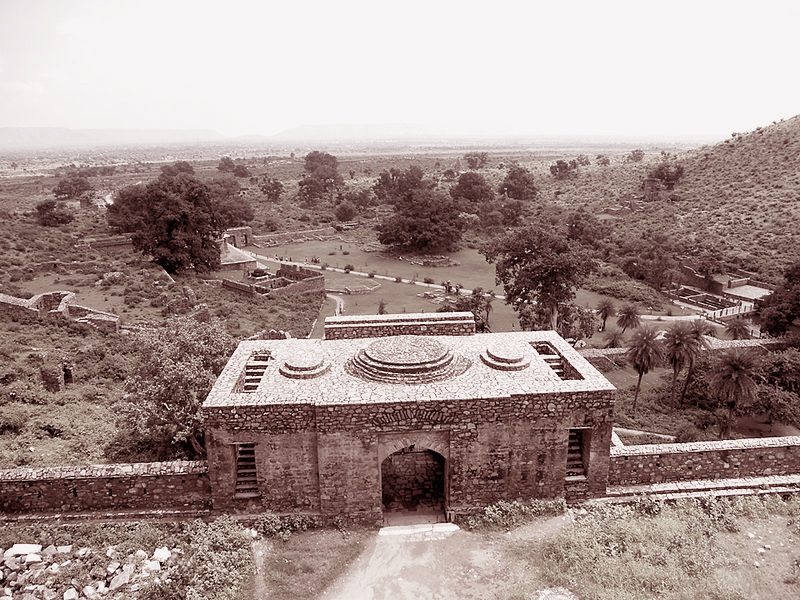 The haunted fort of Bhangarh carries several spooky stories since its tragic history when the city becomes completely abandoned by 1783 AD. It is said that at night time, the fort shows various paranormal activities within its limits that are said to have claimed a countless number of lives.

Locals claim to have experienced the ghost of that Tantric shouting on them, a woman crying for help, and the eerie clinking sound of the bangles at the Fort area.

People also assert that anyone who enters the fort at night would not be able to return the next morning. For the decades, many have tried to find out whether these legends are true or not.

The Bhangar Fort And The Fate Of Gaurav Tiwari: 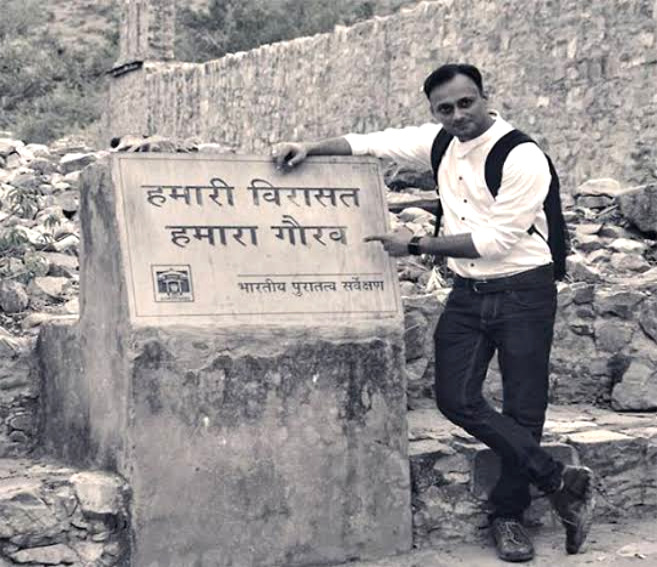 Gaurav Tiwari, the most famous paranormal researcher of India from Delhi, once had spent a night at the Bhangarh Fort with his investigation team and denied the existence of any ghost within the fort premises. Unfortunately, five years later on July 7, 2016, he was found dead in his flat under some mysterious circumstances.

Though the forensic reports confirmed his death by committing suicide, his family said, Gaurav had told his wife a month before his death that a negative force was pulling him towards (itself) and he was trying to control it but seemed unable to do so.

To make things more suspicious, before his death, Gaurav was as normal as the other days and he had even checked his emails as he used to do so on a regular basis. Many people now believe the cursed Bhangarh Fort is behind his unexpected death.

Local folks even claim that no one dares to build a house with a roof in the vicinity of the haunted Fort of Bhangarh since the roof collapses shortly after being built.

On the other side, the eerie appearance of the Bhangarh Fort makes it hauntingly beautiful that attracts thousands of tourists who are fascinated by the paranormal destinations. Therefore, if you are also one of those who love exploring haunted places then the “Haunted Fort of Bhangarh” should be top listed on your next haunted trip. Its proper address is: “Gola ka baas, Rajgarh Tehsil, Alwar, Bhangarh, Rajasthan-301410, India.”