“Don’t touch me, I must return!” – the last words of Larry Exline just baffled his wife

In August 1954, a man named Larry Exline finally got a two-week vacation with pay from his company, and it was a very joyful moment for Larry’s wife Juliette because Larry was a hard worker so he could not spend enough time with her and this vacation would give them this opportunity. On the other hand, Larry could also appease his favourite hobby of fishing in Nevada with one of his friends.

Eventually, on August 29, when Juliette awakened in a cold sweat, she heard Larry’s faint voice calling her as if it was coming from a distance. Juliette was so worried because she knew it was undoubtedly Larry’s voice, sounding like he was suffering and in pain. Juliette immediately slid out of bed, turned on light, and stepped into the hallway from where the sound was coming out. 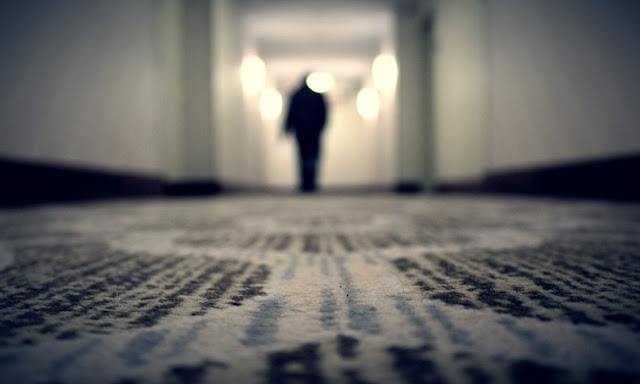 When Juliette saw its far end she was totally shocked to discover her husband, clutching at the wall in an attempt to stand up. His clothes were drenched with blood. She screamed as she rushed toward him. But just then Larry warned her with a sob “Don’t touch me, I must return!”

In this incoherent situation, Juliette could not understand what to do so she begged Larry to explain where had to go, and suddenly she thought of calling a doctor, telling him to wait.

At that time, the telephone abruptly began to ring. It was a sheriff from Ely, Nevada, calling to inform Juliette that her husband had been killed instantly in an automobile accident. “Oh, no,” she said. “My husband’s here!” She hurried back into the hallway, but Larry wasn’t there, he was gone!

This weird yet tragic story was published in “My Proof of Survival,” featured by Fate magazine, July 1969 Edition.

The chronological list of the most infamous Bermuda Triangle incidents