This legend is centred on a small town-store and a silent lady. A pale woman dressed all in grey entered the store, picked up a glass container of milk from the dairy-case, and then walked out the door shortly. However, two men-workers of the store noticed it and together dashed out the door after her but she was already gone. 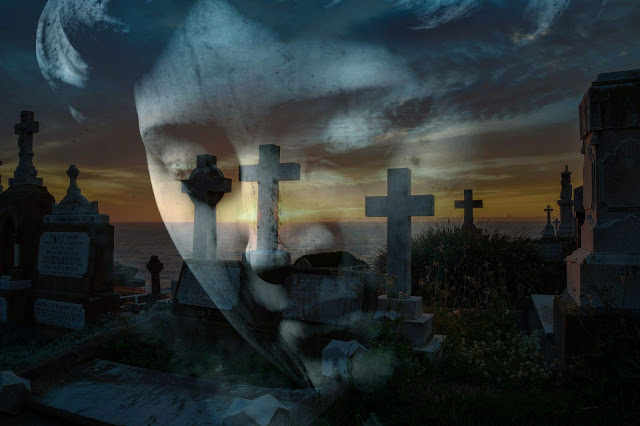 Two days later, the same woman had come again and did the same things as previous, but the two workers were again too late to notice her, and she was gone again.

The third time, the men were prepared. While she entered the store, they watched as she picked up the milk container and again walked out the door shortly.

This time they raced after her and chased her down the street to a dirt path at the edge of town where they suddenly lost sight of her. However, upon further exploration, they found an olden cemetery where they could hear the crying of a baby coming from the ground in front of a grave’s head-stone and a clean gravesite of a woman who had been recently buried.

They found a shovel nearby and quickly decided to unburied the coffin, the crying was becoming more clear as they dug. Finally, after opening the coffin, they discovered the same woman in grey whom they had chased a while ago, only here she was dead but in her arms were alive, crying infant and the three empty glass containers of milk.

The child was deliberately or unwillingly buried alive in some way, and the soul of the mother had kept her baby alive for several days until she was found.

The ghost of the Kitima restaurant in Cape Town