The Baltic Sea Anomaly refers to interpretations of an indistinct sonar image taken in June 2011 by Peter Lindberg, Dennis Åsberg and their Swedish treasure hunter team named “Ocean X.” It was discovered on the floor of the Northern Baltic Sea at the centre of the Bothnian Sea. For its strange appearance, the Baltic Sea Anomaly has caused debates about what it could be. 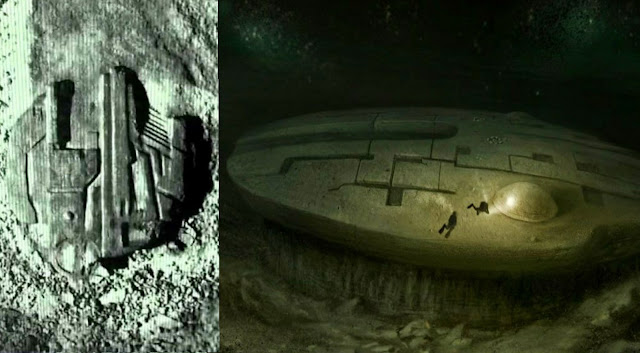 The “Ocean X” team has claimed their image shows a 60-metre diameter circular object with features resembling ramps, stairways, drag marks and other structures, basically meaning it was not produced by nature.

Some experts, especially the ufologists have claimed that the Baltic Sea Anomaly is actually the wreck of an alien ship that was somehow sunk in the ancient era. Whereas the mainstream experts consider it to be nothing more than a natural rock formation.

On the other hand, a number of imaginative illustrations resembling underwater photos or high-resolution scans were even circulated through various news-media sources, along with claims that the object could be a UFO, a portal into another world, or an underwater Stonehenge. To this day, there is no proper conclusion with precise shreds of evidence for the existence of this strange Baltic Sea Anomaly.

Aart from this, there have been discovered a lot of complicated ancient-structures under the sea that are widely believed to be ruins of man-made artificial things or the evidence of lost civilizations. The Yonaguni Submarine Ruins situated in Japan is significantly one of them.