On May 25, 2003, a Boeing 727-223 aircraft, registered as N844AA, was stolen from Quatro de Fevereiro Airport, Luanda, Angola, and abruptly disappeared above the Atlantic ocean. A massive search was conducted by the United States’ Federal Bureau of Investigation (FBI) and Central Intelligence Agency (CIA), but not a single clue has since been found. 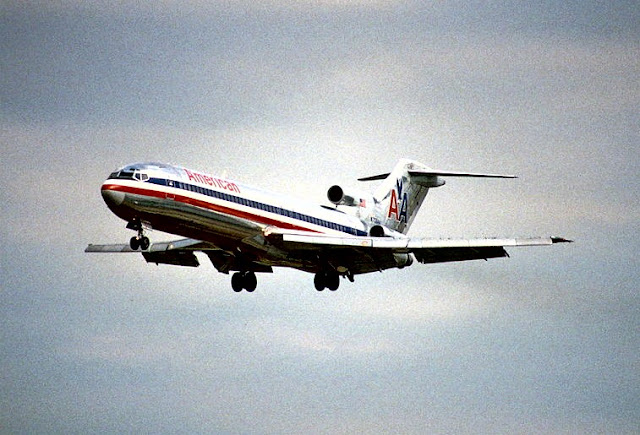 After working for 25 years in the American Airlines, the aircraft had been grounded and sat idle at Luanda for 14 months, in the process of being converted for use by IRS Airlines. According to the FBI description, the aircraft was unpainted silver in colour with a stripe of blue-white-red and was formerly in the air fleet of a major airline, but all of the passenger seats have been removed to be outfitted for carrying diesel fuel.

It is believed that shortly before the sunset of May 25, 2003, two men named Ben C. Padilla and John M. Mutantu boarded the aircraft to get the flight-ready. Ben was an American pilot and flight engineer whereas John was a hired mechanic from the Republic of the Congo, and both had been working with Angolan mechanics. But none of them was certified to fly a Boeing 727, which normally requires three aircrews.

The aircraft began taxiing without communicating with the control tower. It manoeuvred erratically and entered a runway without clearance. The tower officers tried to make contact, but there was no response. With the lights off, the aircraft flew, heading southwest over the Atlantic Ocean never to be seen again, neither the two men have been found.

There are numerous theories on what happened to the aircraft Boeing 727-223 (N844AA).

In July 2003 a possible sighting of the missing aircraft was reported in Conakry, Guinea, but this has been conclusively dismissed by the United States Department of State.

Ben Padilla’s family suspected that Ben was flying the aircraft and feared that he subsequently crashed somewhere in Africa or was being held against his will.

Some reports suggest there was only one person on board the aircraft at the time, where some suggest there may have been more than one.

Numerous leaked reports say that the United States’ authorities secretly searched for the aircraft in multiple countries after the event with no result. A ground search was also conducted by diplomats stationed in Nigeria at multiple airports without finding it.

All the authorities including small and big aviation organisations, news communities and the private investigators were unable to draw any conclusions on the whereabouts or fate of the aircraft, despite research and interviews with individuals knowledgeable of details surrounding the disappearance.

Then, what happened to the stolen American Airlines Boeing 727-223??