All bodies of water have a primal lure, their beauty matched only by their haunting mystery, and there’s nothing scarier than water that’s out to get you. Get ready for hearing the spine-chilling tale of Delhi’s extremely haunted river known as the “Khooni Nadi”. 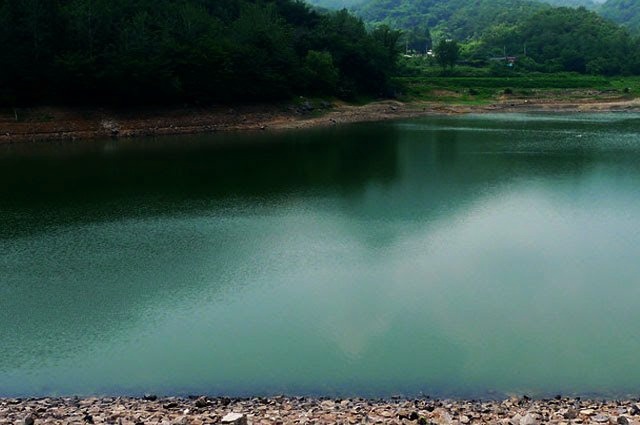 The “Khooni Nadi” or sometimes also referred to as the “Bloody River” conveys a dark secret just like the name suggests in itself. Numerous haunting phenomena and unexplained events have been taken place surrounding the site of this infamous river located in the heart of India, flowing across the residential city of Rohini in Delhi. It is counted as one of the most haunted places in India.

Contents ▴
I. Paranormal Happenings Around The Haunted Khooni Nadi Area:
II. Khooni Nadi Could Be A Perfect Destination In Your Next Haunted Trip In India:
III. Here’s How To Reach The Khooni Nadi:

Legend has it that anyone who enters the Khooni Nadi gets sucked inside by an unknown mystical force. While the reasons for the frequently occurring deaths in this life sucking river have been assumed to be accidents or suicides, some of the cases still remain unsolved. And the most strange fact to notice here is the shallower depth of this stream, seeming it can’t take any life, but it does!!

The locals even claim to have seen strange sightings and heard an eerie voice near Khooni Nadi. According to their descriptions, one could get the spooky vibe that someone is staring, even when he/she is absolutely alone in the alleged riversides. It is said to be the effect of a black magic that has cursed the Khooni Nadi forever.

Is there any paranormal or odd mysterious thing behind the Khooni Nadi of Delhi? Or all these ghostly legends are just creations of the fear hidden inside our freaky mind?

Khooni Nadi Could Be A Perfect Destination In Your Next Haunted Trip In India:

Nowadays, many paranormal seekers have been crowding there to get some chilling experiences. So, if you are also one of those paranormal lovers and in the quest of mysteries, you could visit the Khooni Nadi for once at least. So at first, you have to know the proper address of this haunted place in Delhi.

Here’s How To Reach The Khooni Nadi:

The Khooni Nadi is located in Rohini that is a well developed residential sub-city in North West Delhi in India. Therefore, it is entirely connected with the main city of Delhi through the rail and roads. Being capital of the country, Delhi is easily accessible by all modes of transport from the other major cities and towns in India. Hence, with easy direction you can go to the region of haunted Khooni Nadi from anywhere.

However, you could catch a taxi or cab from anywhere of the main city, addressing straight to the Rohini district. You can also take the metro line to reach the Khooni Nadi, then you have to stop at the Rohini West Metro Station first.

Once you have reached the locality of Rohini, you can ask anyone about the river, you will definitely find your destination after a while. But our advice is not to go to this place alone or after the sun goes down. Because, the place has witnessed a number of bizarre deaths and miseries, and who knows what actually happens there?! On the other hand, the region of the Khooni Nadi is almost a desolate land so it would be hard to get any help if you have any problems there.

Here, you could find the Rohini region and the Khooni Nadi direction on Google Maps:

The mystery behind the 'Lake Michigan Triangle'

The Superstition Mountains in Arizona and the lost Dutchman's gold mine