The ghost of the Kitima restaurant in Cape Town

The Kronendal was established in the 1670’s and it was the first farm in the Hout Bay. Today, the homestead is known as Kitima Restaurant and is one of the oldest Cape Dutch architectures in the Cape Peninsula. The homestead was partly built, changing its ownerships several times throughout the centuries and was declared a National Monument in 1961. 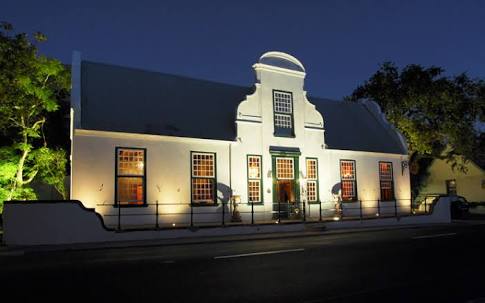 Between 1835 and 1849, the Kronendal Farm was owned by Sir Abraham Josias Cloete. Legend tells that the homestead is still haunted by his daughter Elsa Cloete who the final sad days of her life and died in this manor.

As the story goes, Elsa was once in love with a British soldier who hanged himself from an oak tree near the manor when Elsa’s father forbade them to marry, and soon after, she had also died of a broken heart.

Nowadays, the staff members of Kitima Restaurant occasionally witness strange occurrences, like pots flying off their hooks on kitchen walls and lights dimming inexplicably. The guests often report to see an eerie figure of a woman standing at one of the manor’s windows as well as the outline of a young man lurking outside between the property’s oaks, staring longingly at the house. Out of respect for the doomed couple, the restaurant sets a table laden with various food dishes and wine for them every night, and it is said that one can even sense the pair sitting and supping there.