Tiktik ― Don’t let it fool you!

The Aswang is a shapeshifting monster in Filipino folklore, possessing a combination of the traits of either a vampire, a ghoul, a witch, or different species of werebeast, or even all of them together. It is also known as ‘Tiktik’, ‘Bayot’, ‘Wak-wak’, ‘Sok-sok’ and ‘Kling-kling’ in various regions, that can appear in a male or female character and usually transforms into a giant bird. 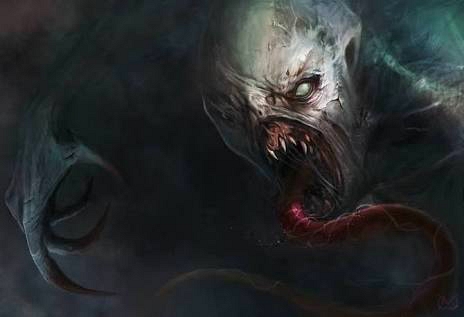 Legend has it that they love to eat unborn fetus and small children, favouring livers and hearts. Some have long proboscises, which they use to suck the children out of their mothers’ wombs when they are sleeping in their homes. Some are so thin that they can hide behind a bamboo post.

It is said that before the Tiktik attacks its victims, they will hear a faint “tik-tik” sound from a distance, that intends to deceive them because the sound of the Tiktik is loud, it means it’s far away but if it gets quieter, that means the creature is right behind them.