The Tao Dan Park in Vietnam boasts over 10 hectares of gardens shaded by tall trees, which make this place look like heaven, giving the residents of Ho Chi Minh City a chance to escape from the frenetic traffic. But when the sun goes down, you might witness an eerie apparition of a dead man that will chill you to the bone. 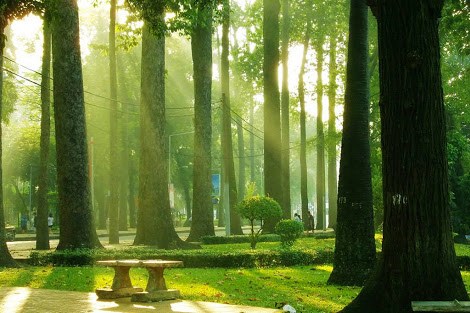 Rumour has it that this is the ghost of a young man who was allegedly killed in an attack about 14 years ago, when he was enjoying some “privacy” with his girlfriend in this park, and the girl was viciously assaulted. It is believed that the man still wanders the park, looking for his lost love. However, the park authorities have denied this story.

While, an article in Cong An Newspaper reported that the only official murder in the park took place in one evening of July 1989, when a young man named Tuan was murdered and robbed of his red Yamaha bike. He was strangled to death by the rancorous duo and a local found his corpse the next morning. Later, Tuan’s two friends were arrested and convicted of murdering him.

Tiktik ― Don't let it fool you!