The village of Kuldhara in Rajasthan, India is popularly known for being a deserted ghost village that was mysteriously abandoned in the early nineteenth century. This historical place is said to carry a terrible curse of those forlorn villagers who vanished overnight, after having lived there for over five centuries.

Though the village of Kuldhara now lies in its ruins, it was established in 1291 by the Paliwal Brahmins, who were a very prosperous clan and were well known for their business acumen and agricultural knowledge at the time.

Legend has it that on a dark night of 1825, all the residents of Kuldhara including of nearby 83 villages abruptly vanished without any signs.

Tales about this mystery include the fact that Salim Singh, the minister of the state at that period, once visited this village and fell in love with the beautiful daughter of Chieftain, wanting to marry her. The minister threatened the villagers by saying that if they try to interrupt this marriage, he would levy huge taxes on them.

The chief of the village along with those of adjoining villages decided for abandoning Kuldhara and migrating elsewhere since it was a matter of protecting their womens’ honour.

After that, nobody saw them leave nor did anyone figure where they went, they simply vanished into the thin air. It is said that the villagers also cast a spell on the village as they left, cursing anyone who will try to inhabit the land.

The haunted village of Kuldhara was once checked by The Paranormal Society of New Delhi and most of the stories that people say were seemed to be true for the curse that roams around. Their detectors and the ghost-box recorded some strange voices that are believed to be of the dead villagers, even revealing their names. There were also scratches on their car and unexplained footmarks of children in the mud. 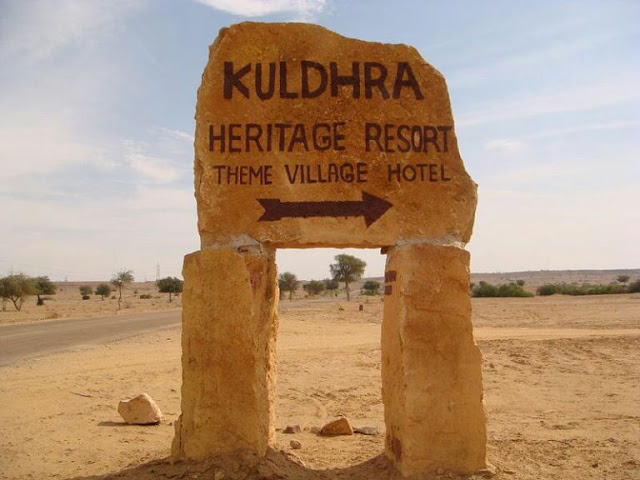 Nowadays, the hauntingly beautiful village of Kuldhara is maintained by the Archaeological Survey of India, recognizing as one of the nation’s heritage sites. However, where did all the villagers of Kuldhara relocate to on that mysterious night? ―this question remains unanswered to this day.

Tiktik ― Don't let it fool you!

Alien Hand Syndrome: When your own hand becomes your enemy