The USS Stein Monster was an unidentified sea creature that apparently attacked the Knox-class destroyer escort USS Stein (DE -1065), which was later redesignated as a Frigate (FF-1065) in the US Navy. 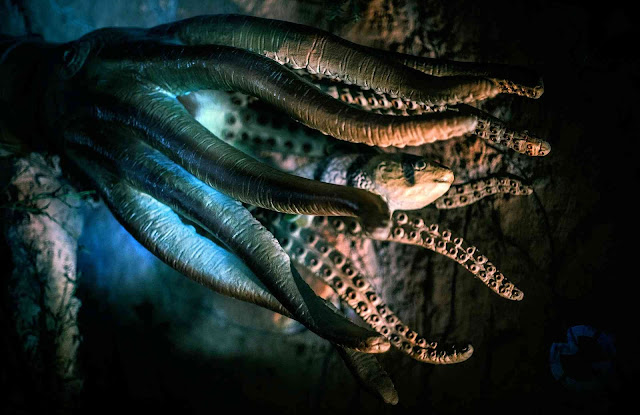 The ship got its name USS Stein after Tony Stein, who was the first Marine to receive the ‘Medal of Honor’ for action in the Battle of Iwo Jima. USS Stein was commissioned on January 8, 1972, and after two decades of her restless service, she got decommissioned on March 19, 1992.

The USS Stein earned its popularity all over the world when it was attacked by a sea monster in 1976. That monster is believed to be an unknown species of giant squid, which damaged the “NOFOUL” rubber coating of her AN/SQS-26 SONAR dome. Over 8 percent of the surface coating was startlingly damaged.

To make things more strange, nearly all of the cuts contained remains of sharp, curved claws that are especially found on the rims of suction cups of some squid’s tentacles. The claws were indeed much larger than any reported at that time which indicated the monstrous creature may have been up to 150 ft in length!

Therefore, given the vastness of the ocean, we should not be surprised at all if someday the intrepid explorers discover some strange and bizarre new form of sea life that we never thought is possible.

The creature could be of an enormous size similar to that USS Stein Monster, or could be beyond our imagination with a different body structure formed in a unique way that it “makes a living.”