On every continent, there are incredible stories of children so advanced that some believe they have come from the stars. They have superhuman intelligence, knowledge of other worlds, they have access to such information that there is no way they could know about, and they have the strange mysterious powers. They are called “Star Children” by the ancient astronaut theorists, and most of the world knows them as the “Indigo Children”. 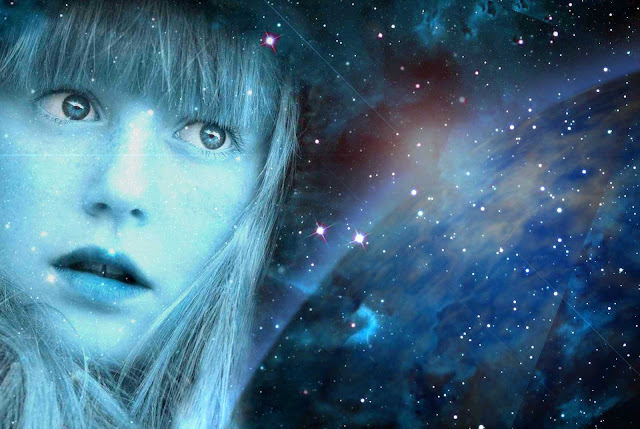 Millions of people from around the world believe that we invested in the past by extraterrestrial beings, what if it would true? Did ancient aliens really help to shape our history?

According to geneticist David Reich of the Harvard Medical School, there is in fact, something mysterious inside us that has yet to be identified. In a study published in the form of 2013, Reich examed in the genome of the Neanderthals and another group of ancient hominine known as Denisovan both of which were cohabitants of humans, he discovered that their DNA dates in back more than 4 lakhs years contain an unknown ancestor and some geneticists have concluded it as the junk DNA. But ancient astronaut theorists believe that these junk DNA might not be junk after all. DNA is a code and just because its code has not been cracked yet doesn’t mean it’s actually junk, maybe its origin is not from this world.

In 2007, a famous anthropologist named Professor John Hawks from the University of Wisconsin-Madison had carried out research on Human DNA with his team. They found evidence that 1800 genes, or 7 per cent of all those in the human body, had undergone natural selection in the past 5000 years which means that we are more different genetically from people living 5000 years ago than they were from Neanderthals. Even stranger that in the last 40,000 years humans have changed as much as they did in the previous 2 million years and humans are evolving 100 times faster than at any time since the rise of the man some 6 million years ago.

In 1982, the Chinese government launched a nationwide search for children with the extraordinary abilities, some of the talents they looked for the psychic powers, telekinesis and the ability to manipulate time and space. There was one girl who could wave her hands over a bush and spontaneously accelerate the time of flower-buds then the buds popped open right in front of everyone’s eyes, some could read with closed eyes and some could move objects telepathically.

In 2013, Adam Kerby becomes the youngest member of British Mensa at just 2-year-old, he scored 141 in an I.Q test whether an I.Q between 90 and 110 is considered average and over 120 is superior.

According to Nikki Patella, her daughter Mary had told that her home is in the sky and she displayed numerous stunning abilities such as telekinesis and psychic visions.

In the Volgograd region of Russia, there is a boy named Boris Kipriyanovich who is believed to be a Reincarnated Star Child. His knowledge and skills that have fascinated not only his parents but also the researchers who have studied on him.

According to his parents, he showed such extraordinary psychic abilities that at first, they were worried about their baby. They say, their child regularly visits a well-known Anomalous Zone on a Mountain to fulfil his needs in energy. Boris revealed such detailed information about Mars, planetary systems, other civilizations and unknown extraterrestrial things that there was no way he could know about. Specialists of the Institute of Earth Magnetism and Radio-waves of the Russian Academy of Sciences photographed his aura, which turned out to be unusually strong. He has the orange spectrogram, which says that he is a very joyful person that also suggests him not to be a psychic patient at all.

Throughout human history, there had been numerous children such as Mozart, Picasso, Boby Fischer who stand out for their advanced knowledge and incredible abilities but remarkably these incredible talents and intelligence are the product of good genetics or could there be another explanation for why there some children play abilities for beyond of the previous generation? Could these so-called ‘Star Children’ really have the superhuman abilities? If so, where they come from? And is it possible, the Star Children have been with us for thousands of years?

Ancient astronaut theorists say evidence that the Star Children may have existed on earth in the distant past can be found in the story of date back over two thousand years.

Greece, in the 6th century B.C., Mnesarchos the father of great philosopher and mathematician Pythagoras was travelling home from work one day when he came upon an abandoned infant starring at the sun without blinking and a delicate little straw in its mouth like a reed-pipe. And Mnesarchos was more astonished when he noticed that the baby was surviving by the dew dripping from the big tree over his head. Mnesarchos named this baby Astraios which literally means ‘star child’ in greek and he is an early example of the magical child, he raised with Pythagoras and his two brothers so he was the part of their family. According to the Greek myth, Mnesarchos gave the child to Pythagoras to be a servant and apprentice. Although Pythagoras is considered one of history’s greatest mathematical minds, some ancient astronaut theorists believe he may have received the advanced knowledge from the boy Astraios. It is believed that Astraios was actually sent to Earth in order to instruct Pythagoras whos concept became the foundation of the civilized ancient world.

Copper Canyon, Mexico, in 1920 while exploring a mine tunnel a teenage girl unearthed two skulls, one of them is early initiate, radiocarbon dating test will reveal the skull is about 900 years old and according to a dentist to exam in the upper jaw the mysterious relic came from a child no more than 5 years old. Mainstream scientists insist the deformation of what is now known as the “Starchild skull” is actually a genetic disorder most likely Hydrocephalus, a condition in which an abnormal amount of fluid consists in the skull to enlarge but paranormal researcher and caretaker of the skull, Lloyd Pye has ruled out this possibility based on its unique shape. A hydrocephalus skull abnormally blows up like a balloon with different shapes and due to of this, the groove at back side of the skull does not remain but there can be seen a clear groove in the Starchild Skull, Lloyd said.

But many researchers are not only baffled by the volume of the skull which measures more than 10 percent larger than an average adult but also the other characteristics that say distinctly it’s not human’s. The Starchild Skull has half the thickness of ordinary human bones and also twice as dense as the ordinary human bone with the consistency more similar to dental enamel, it has bizarre thick, strength and almost like there some extra powerful web inside the bone, and it has also the reddish recede that appears to be very similar to the bone marrow but different from all we normally. There is no sinus cavity inside it as well as there are many attachments in the skull that human beings don’t have and it appears to be some shot of hybridization as part human and also part something else.

When the Starchild Skull is subjected to forensic reconstruction, the face that is produced appears nearly similar to descriptions of Grey Aliens. It had very unusual eyes and expanded head with a very narrow lower face and it had a master brain inside it.

Lloyd Pye carried out the Starchild Project working with some independent researchers to determine exactly who or what this unusual skull belongs to. According to him, the DNA test results, carried out in 2003 revealed a shocking result while scientists uncover the Mitochondrial DNA or DNA that inherits only from the mother, but they were unable to detect the Nuclear DNA or DNA from both the mother and father in spite of six attempts. 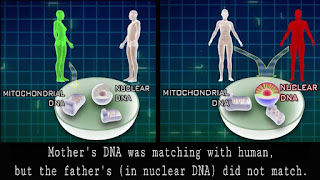 They understood that there was something wrong with the father’s DNA and they conclude it based on the evidence that the child was a hybrid of a human mother and an alien father. But more advanced DNA testing in 2011 revealed something even more shocking that DNA not only of the father but also of the mother did not appear to be human’s after all and so now its genetics evidence indicates that it did not have a human mother, it was just purely alien.

The Indigo Children or so-called Star Children are born with a non-physical intelligence, they are very sensitive, they always have a mission sense, they use such born-gifted power such as telepathy in which they could perceive the sense and thoughts of the other person, they have the special qualities and psychic abilities that can heal or transform the society and give us a new way to understand all the things around us.

Thousands of Indigo Children are being born in our world every year and they are the new race that is living among us right now as some ancient astronaut theorists suggest. If so, then why are they here? Is it to replace us? Or is it to teach us about our potential and they guide us into the future when between all of us will become Indigo Children??!