The Jenny Dixon Beach in NSW Coast, Australia has gained its fame for the reports of ghostly affairs, and people have been trying to solve the weird mysteries behind this area since decades. The place has a handful creepy legends to tell but no one knows if these chilling stories are based on some real events or not. However, most are recited as the true incidents. 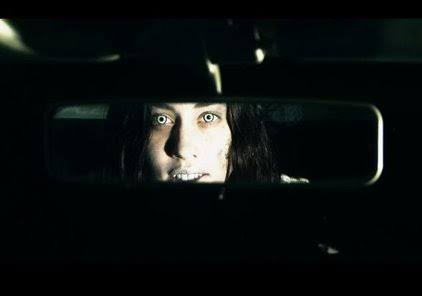 Before the lighthouse was built, many ships grounded along this ominously remarked stretch of NSW Coast. This coastline has claimed many lives by drowning a number of ships and boats. It is said that the unsatisfied spirits of those victims are still seeking their resting place at this beach area dubbed Jenny Dixon Beach.

The Legends Of The Jenny Dixon Beach:

The legends of ghostly encounters on this beach came from two local stories, conveying two different incidents that occurred nore than 100 years apart.h

The first one goes with the real experience of Raymond Grove and his friends. Raymond is still doing research on this notorious place since the mysterious incident that they witnessed in 1973 on the Jenny Dixon Beach.

According to Raymond, he and his friends were having a party on the beach one night in 1973. After the party was over, most of them had left but Raymond and his mates decided to spend that night at the beach and they slept by the campfire.

When Raymond was almost asleep, suddenly his sleep was broken only to notice a woman in the 1800s era’s long flowing dress who was coming from the nearby bush.

Her arms were outstretched seemed like she was seeking their help. Raymond woke the other three up and obviously they were all frightened and were taken aback by the ghostly woman appearance because they knew it was not okay in any way to see a woman there at the mid of the night.

They scared more when one of them began to throw burning sticks from the fire at that woman, but the pieces of wood passed straight through her. Then they terrifyingly began to run as fast as they could and back up the stairs to the car-park. There are quite a lot of stairs to climb before reaching the top at the Jenny Dixon Beach. When they had only descended about halfway, they decided to look back for a last time to see if she was still there or not and slowly headed back down, right then, they saw her standing in front of them blocking the stairs.

❱❱  The Devil's Footprints Of Devon

She seemed to be beckoning for them to come with her, but Raymond and his friends were so terrified that there was no way they were going to hang around that place a minute longer. They tried to reach their homes as soon as possible.

Raymond has spent much of his life in the quest for the identity of that ghostly woman. He believes it was a loving mother’s soul that is searching her adorable son who went overboard when shipwreck was happening. Actually, it may be that she still beseeches help to find her lost child by stretching her hands towards that’s why the white lady has often appeared in front of numerous witnesses at the Jenny Dixon Beach.

The next legend of Jenny Dixon Beach is a very painful story of a young beautiful lady who was one day returning home and waiting for a lift at the Wilfred Barrett Drive near the beach area. Suddenly a gang of men took her in the car and raped her forcefully and beaten her as much they can. Finally, left her with immeasurable pain for death at this beach. At her final time in the hospital, she promised to take revenge, and she would punish them all.

A few weeks later, the alleged assailants died in different mysterious ways. The first young guy died by hanging himself after the long harassment by a spirit. The second person had got a fatal car accident without any reason. The third and fourth had also got surprising car accident after a mental torture by ghost sightings. The fifth person no guilty blew his head by a shotgun with a crazy mind.

It is said that the unsatisfied spirit of that lady still seeks help at the Wilfred Barrett Drive. According to many witnesses, she appears as a hitchhiker and insists on sitting in the back seat. After a while, she mysteriously disappears when the car reaches to the Nora head cemetery where assumed the lady was buried. Maybe that young girl comes to the beach to find help from people.

At least, more than 40 such strange ghostly hitchhiker-encounters have happened there and it’s still happening. The question is: does there really exist any ghost to make people afraid of after revenge?? or, something beyond is there???!! And lastly to say that this wonderful place is indeed a fascinating destination for ghost lovers and investigators, or for a lone traveller too.