The strange phenomena of ‘Shadow People’ in Australia

Since the last three decades, people in Australia are often witnessing a strange phenomenon induced by the mysterious shadow beings’ activities. They are widely known as the “Shadow People.” 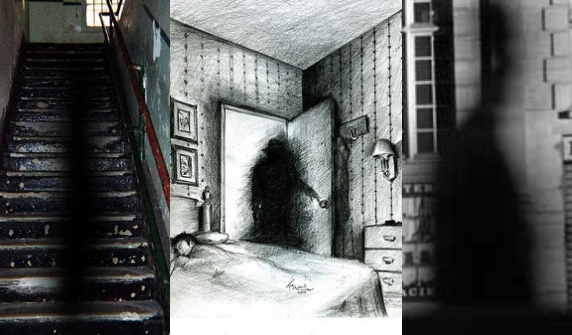 Shadow People are generally described as human-shaped dark silhouettes with no discernible face, and sometimes they have also been reported with the glowing red eyes.

From thousands of years ago, we have heard about numerous stories based on such shadowy beings all around the world, but the occurrences in Australia are quite different from the common anecdotes. In the late 90s, the Shadow People started to appear more frequently and becomes a popular discussion topic among the terrified Australians.

Some claim to see it repeatedly, while some claim to have seen it for once. Whereas, a few say that they neither have seen it nor they have ever believed it. To say, the Shadow People phenomena are nearly the same as ghost sightings, but the only difference is that Shadow People are not reported as having the human appearance or wearing periodic clothes.

Furthermore, ghosts are reported in white, grey or even in the colourful appearances while the Shadow People are just the pitch-black silhouettes that often attempt to communicate with the living. Their activities are often described as being very quick and incoherent. Sometimes they are seen standing firmly and sometimes they completely disappear into the solid walls. It is said that an intense feeling of dread is always associated with the witness for near existence of these ghost-like inexplicable beings, as well as the cattle also appear to react with fear and hostility.

Some people further claim that at the night, the shadowy figures are often been seen standing at the bottom of their bed – even inside their door-closed-room – then suddenly vanishing into the thin air. There are a lot of such reports of being traumatic patient or dying of heart attack after witnessing the Shadow People.

Numerous paranormal researchers and psychologists have studied the Shadow People phenomena to find out the crucial reason behind the mysterious events, but it has remained a controversial topic to this day.

There are several theories or arguments that could be summed up in this regard:

We all perceive a lot of things in our life that we can not argue with ourselves, sometimes we think about and remember these events, and sometimes we just forget or overlook all these things instantly without a second thought. But should it be?

The forgotten scientist Juan Baigorri and his lost rain-making device

The mystery of the Khatt Shebib wall in Jordan