“The Secret: A Treasure Hunt” – The book of untraced hidden treasures 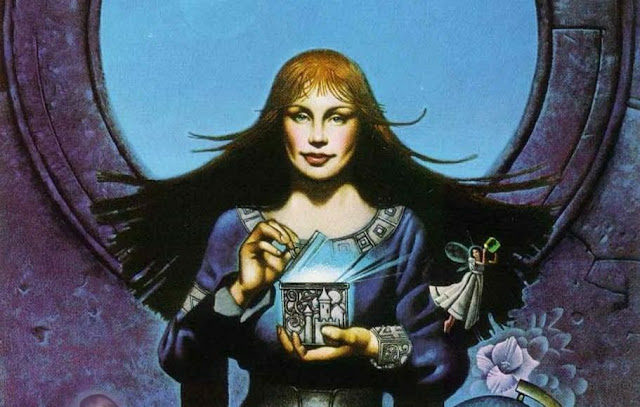 The Book of Masquerade was written and illustrated by Kit Williams, which contains fifteen paintings that beckoned to the location of a hidden treasure made of 18-carat gold, jewel-encrusted hare buried somewhere in England. That book sold millions of copies around the globe.

Keeping this in mind, Preiss assigned a young artist named John Jude Palencar to create some twelve paintings for his book, of which each painting was combined with a cryptic poem. They together pointed an armchair sleuth to a specific location where there a buried casque could be found in three feet underground. And inside of that casque, a ceramic key will be hidden. Each key could be turned into the publisher, who will hand over a gem worth around $1,000.

Unfortunately, “The Secret: A Treasure Hunt!” didn’t become so popular as Kit’s Masquerade. The provided clues were so hard to solve that it nailed every gateway of the cheat, and Preiss, alone, buried all the keys in various locations which he never disclosed to anyone else. Perhaps, Preiss also did not realize its actual difficulties.

After two years of publication of this Preiss’ intriguing book, in 1984, three kids unfolded the location of a key in Chicago. Then almost two decades were spent but nothing much happened until 2004 when two lawyers found another one in Cleveland.

And since 2005, after Preiss’ death in a tragic car accident, the locations of the treasures of this book have been remained a secret till to this date. On the other hand, the gems are said to have also been lost. However, if you are a mystery seeker and are interested in the code decodings, you should give this mystery book a try. You can buy this intriguing book from any online store or offline book shop.

There are thousands of mystery-places in this world where you could find lost treasures worth millions of dollars. A lot of curious people spend their life finding these treasures. Some win and some fail but they never miss to experience the thrills of seeking the lost treasures. If you are also one of them, then we will recommend you to read this amazing post about 13 Incredible Stories of Buried Treasure.

The Aluminium Wedge of Aiud: A 250k-year-old extraterrestrial object or just a hoax!